Maria (played by Samia Longchambon) has suffered a huge backlash from the residents of Coronation Street for embarking on a relationship with Gary (Mikey North) after his dodgy deeds became public knowledge at Christmas. Although most know he was a loan shark in some capacity and strongly disagree with his way of life, they and his fiancée have no idea how he came to be in such a position. With Rick (Greg Wood) dead and in the ground, the ITV soap supervillain may have thought he’d concealed the truth until his victim’s daughter Kelly Neelan (Millie Gibson) and her mother Laura (Kel Allen) turned up in Weatherfield. However, witnessing a heated exchange, will his lover put the pieces of the puzzle together?

Before Maria even considered life with Gary, he was beginning to become a more complex and darker character as his relationship with Sarah Platt (Tina O’Brien) hit hurdle after hurdle.

This was mainly due to the pressure Rick was applying for his customer to pay back the money he owned after hitting a financial crisis.

As the loan shark issued threats against his then partner and her children, the supervillain’s dark side awoke and he claimed his first victim with his bare hands.

Since then and with the odd appearance from Kelly in wake of her father’s death, the dodgy dealer hasn’t had to think about getting caught.

However, it seems Maria might be set to discover the truth about the criminal’s demise after tonight’s episode of the Weatherfield-based drama saw her question why her fiancé was speaking with Laura, who happens to be Rick’s ex. 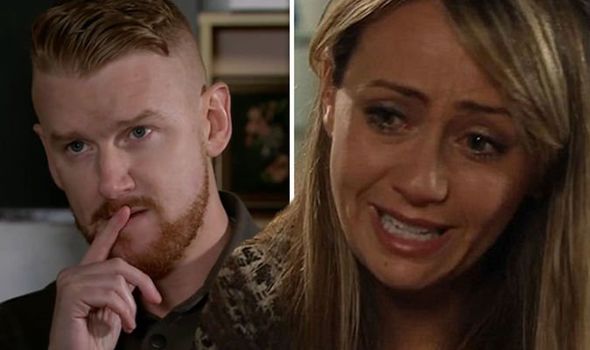 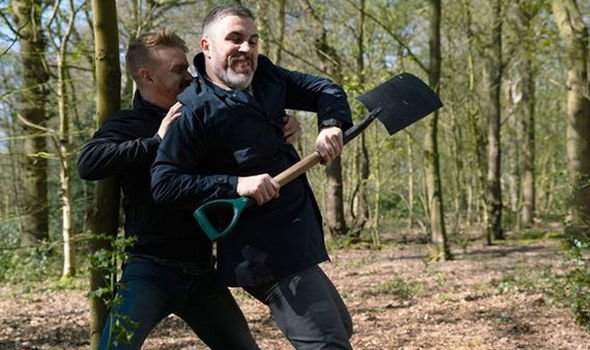 After Kelly popped up on the cobbles last year to find out what happened to her father, Gary decided to pay for her tuition fees to make it seem Rick was still alive.

Recently, he discovered her mother had been pocketing the cash and she was now having to attend Weatherfield High with the rest of her peers.

With Laura none the wiser to her ex’s death, she arrived at the supervillain’s furniture shop tonight to confront him about her schemes.

What he didn’t realise was Maria was watching the altercation from across the street and although she didn’t hear the death threat he issued to this new mysterious woman, she certainly knew tensions were high. 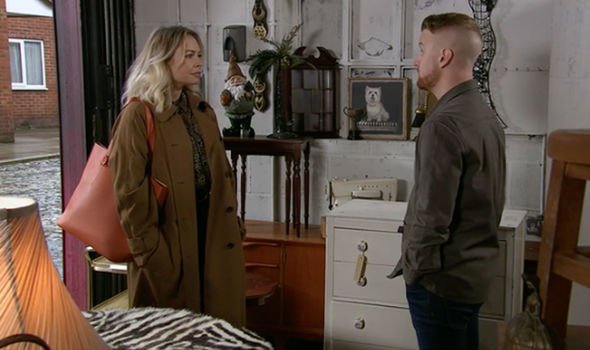 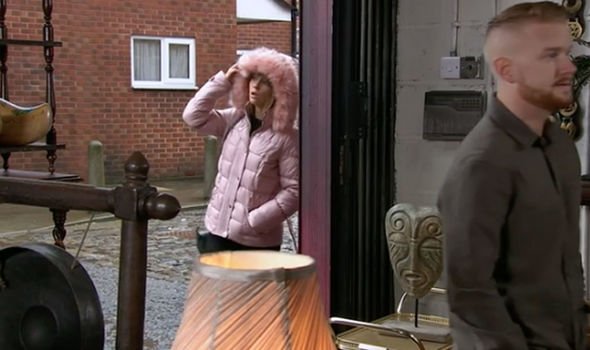 She didn’t look too happy

“She didn’t look too happy,” Maria said as she came round the corner just seconds after Rick’s ex left the furniture shop.

Gary was like a rabbit in headlights as he didn’t realise his fiancée was in such close proximity but when she asked if he’d ripped her off over a piece of furniture, he discovered she knew nothing about the conversation he’d had.

However, the hairdresser was still inquisitive as she asked her other half who the mystery woman was.

With the loan shark unable to provide an answer, she asked the question once again, but will he tell her the truth?

Will Maria be left terrified as she discovers Rick was killed by her soon-to-be husband and will she act on this information?

It has been teased for some while the loan shark’s death was going to rear its head again after months of Gary getting away with wreaking havoc on people’s lives.

With his fiancée having chosen him over her ex Ali Neeson (James Burrows) despite their neighbours’ grievances, she had hoped they were on course for a calmer life together.

It seems their future will be anything but as soap star Mikey, 33, recently teased this could all be working towards his alter-ego’s comeuppance.

Speaking with Inside Soap ahead of the UK lockdown due to coronavirus, the actor said: “Honestly, we had some huge stuff planned.

“What we had in the pipeline was going to be a culmination of the past year of Gary’s life, and possibly the final chapter of this story.”

So, will Maria stand by her man as she discovers he’s a killer, or find herself becoming one of his victims?