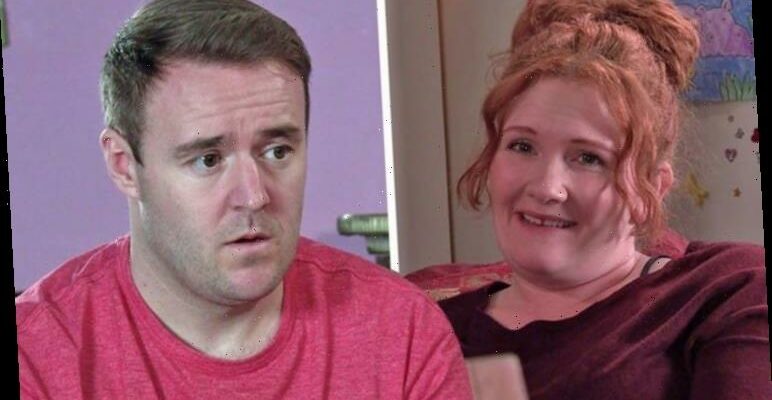 Coronation Street has revealed an affair is in store for Tyrone Hobbs (played by Aland Halsall) as he develops feelings for Alina Pop (Ruxandra Porojnicu) in upcoming weeks. But what about Fiz Stape (Jennie McAlpine)? She and the car mechanic have a steady kind of love and are raising two daughters together. Express.co.uk spoke to all the actors involved in this new storyline about what’s to come and it seems Fiz is going to ignore all the warning signs and press on with a wedding. But will she take it one step further and suggest the best way for them to fix their relationship is to have a baby together?

In upcoming scenes, Fiz will mull over her wedding plans while Tyrone, on the other hand, is more focused on when he can see Alina again.

And when he finds Alina’s cardigan left behind my mistake in the garage, he is thrilled that he has an excuse to call round her flat.

But, when Seb Franklin (Harry Visinoni) walks in, he is left sensing he is interrupting something, and Tyrone and Alina have to convince him nothing is going on.

As Tyrone heads back to the garage, he is bombarded by an excited Fiz who reveals she’s booked them a Greek wedding.

Instead of being elated by the idea, viewers will see Tyrone lost for words leaving Fiz humiliated. 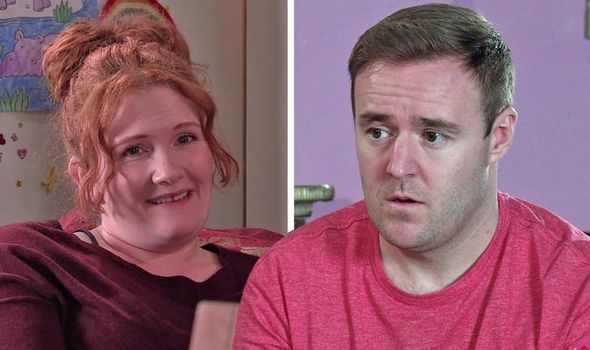 When he returns home, Fiz questions her fiancé, and he finally admits he has fallen for Alina.

Storming out, Fiz heads over to brother Chesney Browns’s (Sam Aston) who then leaves to have a word with Tyrone and eventually, he assures Fiz that Alina and the feelings he has for her mean nothing.

He then promises he will do whatever it takes to win back Fiz and keep their family together.

Coronation Street fans will see Tyrone beg Fiz not to speak to Alina, but when she gets the chance she hollers at her, explaining she’s heard all about their moment and if if she knows what’s good for her, she’ll stay well away from Tyrone and her family.

Shaken and upset, Alina takes her frustrations out on Tyrone for telling Fiz about what happened and orders him to stay away from her, leaving Tyrone in turmoil. 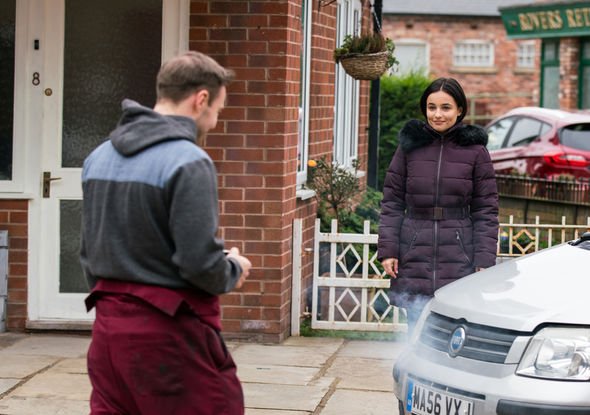 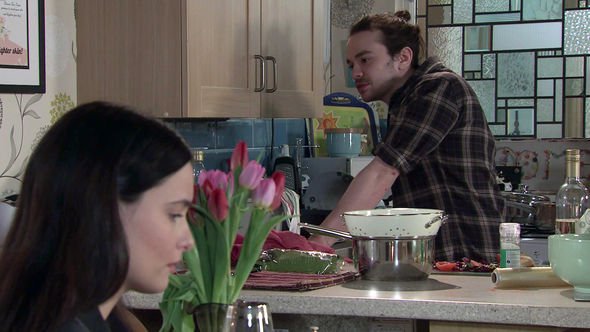 Realising they need to eat dinner, Tyrone suggests they head out to Speed Daal, but when Sally Metcalfe (Sally Dynevor) makes a dig about Tyrone and Alina, Fiz hurries out mortified.

And it is left to Chesney to assure Fiz that Tyrone’s indiscretion will soon be yesterday’s news.

In a bid to get their relationship back on track, Fiz tells Tyrone she’s arranged for Roy Cropper (David Neilson) to babysit so they can spend the evening together, hoping she can inject some romance into their lives.

Is this all part of her bigger plan to conceive a child in the hope this can fix Tyrone’s wandering eye?

Unfortunately, Tyrone cancels, explaining that he has to work late and Fiz does her best to mask her hurt. 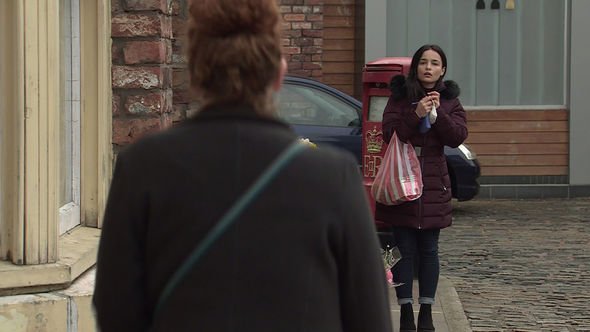 In a bid to check up on him, Fiz calls at the garage with sandwiches for his dinner, leave a sense of distrust between them.

During a recent conversation with Express.co.uk and other press, the actors who play Tyrone, Fiz and Alina discussed what happened and what is going to happen.

Jennie spoke about the moment she suggests Fiz and Tyrone should elope and why her fiancé shuts the idea down.

“He really does slap it down. She thinks that they’ve not got married because they’ve not got round to it, and if she sorts it all out then Tyrone would think it was a great idea,” she said.

“But when he says he doesn’t like the idea, [it’s a] bit shock [for Fiz]. And she loves the idea [of a big Greek wedding] like in Mamma Mia! 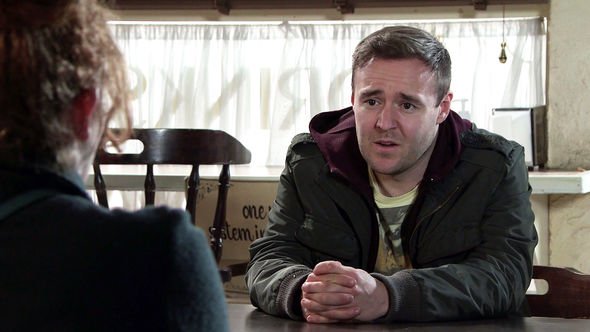 “They even talk about this idea of going off to a desert island, somewhere in gorgeous, Greece, and what was the quote? It’s from the website [Fiz has been looking at]…’Under an azure sky with the sparkling seas slapping at your feet. And you can finally be with the one you love.’

“I mean it sounds perfect, doesn’t it?” She continued.

When asked whether she thinks offering Tyrone this wedding package, where everything is one for him, means an automatic agreement, the actress commented: “Yes because he just wants an easy life.

“So Fiz decides ‘well that’s the reason we’ve not got married because he can’t be bothered and it’s a lot of work. So if I do all the work and book it and put it on the credit card, the he’ll be fine! I’ll just tell him where to go to buy the suit, and then he just has to turn up.’”