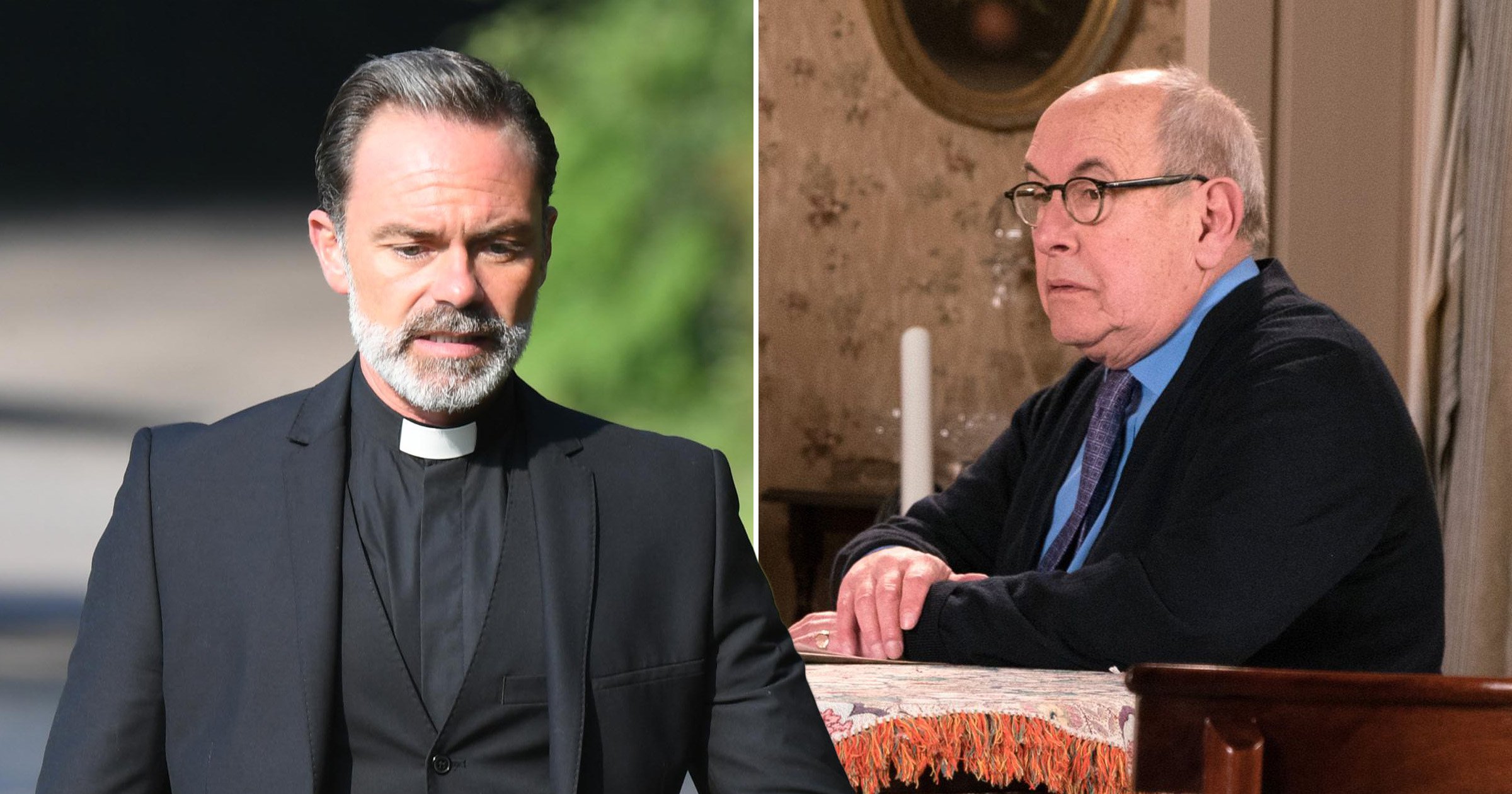 There has been whispers of a possible tragedy in Weatherfield recently, with fans convinced the beloved busybody, played by Malcolm Hebden, would be getting a heartbreaking send-off.

While there has been no official confirmation from ITV or those in the know, Dan – who plays vicar Billy Mayhew – shared a snap from set as he donned his white collar.

Beside the upload, showing him looking downcast in a black suit, he told Instagram fans: ‘Billy did some vicaring today!

‘Amazing to finally be on location! @coronationstreet.’

The outfit and overall mood of the photo suggested that he was officiating the funeral of a close neighbour, with some of the cobbles’ most popular residents previously seen in tow.

The scenes are set to air in September, so we will have our answers in just a few short weeks – if we’re emotionally ready for them.

Malcolm took an extended break after a health scare, but has made surprise appearances following this, with Norris popping up on our screens at Ken’s birthday bash.

However, the actor wasn’t planning on returning to the set full time soon, leading to mounting speculation from worried fans that Norris will be leaving in tragic circumstances.

‘I absolutely adored playing Norris and I was pleased to be able to return briefly after my operation,’ he said of his decision to step away from the show after 27 years.

‘It took a great deal of courage to make the decision to retire.

‘But I had come to realise that although the mind was willing the body was not so much.’

‘But, in his brilliant double acts with Emily, Rita and more recently Mary, Malcolm has left us with countless fantastic memories.’