On Monday night, Shona Platt (Julia Golding) returned to Coronation Street to begin her rehabilitation. After being caught up in the Christmas shootout, she is suffering with severe amnesia which left her unable to remember anything about her life, but is looking ahead down the long road to recovery.

Fans of the ITV soap will know how much Shona’s brain injury has affected her and her loved ones, as her husband David (Jack P Shepherd) has been suffering greatly as their marriage began to break down.

After she first woke up, David was by her side ready to help her through sickness and health (and for better or worse, as they promised each other at their wedding a few weeks earlier).

Unfortunately all didn’t go to plan, and as Shona became increasingly more distressed although David was trying his best, she refused to see him anymore and asked for a divorce.

The news shattered David, who had just found happiness again after all his turbulent life in Weatherfield has thrown at him. 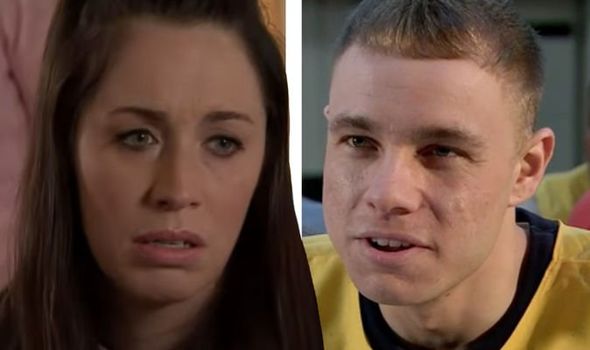 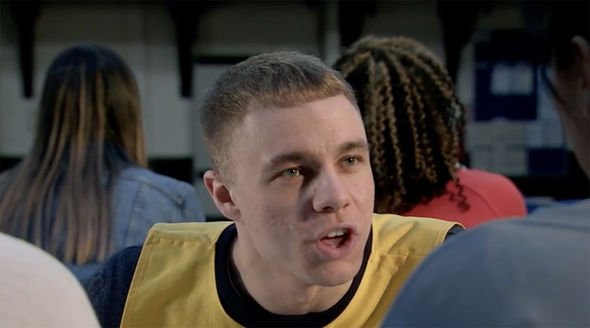 As time went on and Shona’s memory didn’t improve, David’s behaviour started to change and he has become a danger to himself.

Putting himself in harms way for the thrill of it is only the tip of the iceberg, as he is putting his relationship with his kids in jeopardy with his erratic behaviour.

But since being given the all-clear to start her recovery process, will Shona’s memory suddenly come back as she revisits her old home?

Viewers have their fingers crossed that the pair will find their way back to each other eventually but there’s one person standing in their way. 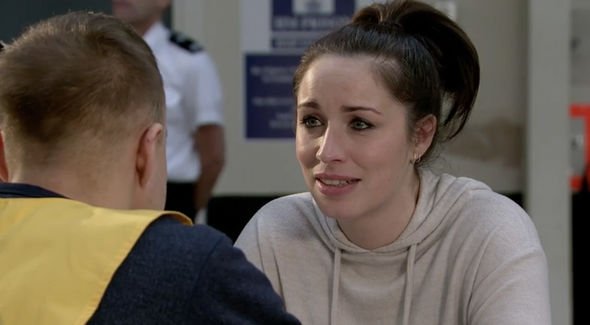 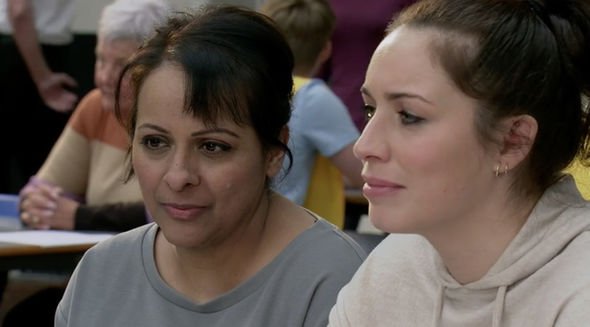 Clayton is currently incarcerated for the murder of David’s first wife Kylie Platt (Paula Lane) and for holding Shona hostage at knife-point – but she doesn’t remember all that. Yet.

Tonight’s episode will see the mother and son reunite in the prison, where Shona tries to piece together bits of her life before the accident.

But the evil criminal has other plans; a chance to meddle once again with his mother and David’s life, while she’s still vulnerable.

Accompanied by her key-worker Alice (Buckso Dhillon-Woolley) to help her along the way, Shona and Clayton reminisce on times when he was younger.

The struggling mum remembers owning a little greyhound, and Clayton suggests she get one to keep her company when she’s released from the rehab centre.

Alice chimed in: “Well, David wants Shona to go and live with him, not sure there will be a much room for a dog as well.”

But Clayton wasn’t having any of it: “Go back top the estate and you can visit when you like,” he retorted to Shona.

“Bring those little packages you promised.”

The expression on Alice’s face suddenly changes – what little packages is he referring to?

Is Clayton planning to take advantage of the fact his mother can’t remember anything about his evil side?

If that’s the case, he might be referring to smuggling drugs into the prison – we wouldn’t put anything past this one!