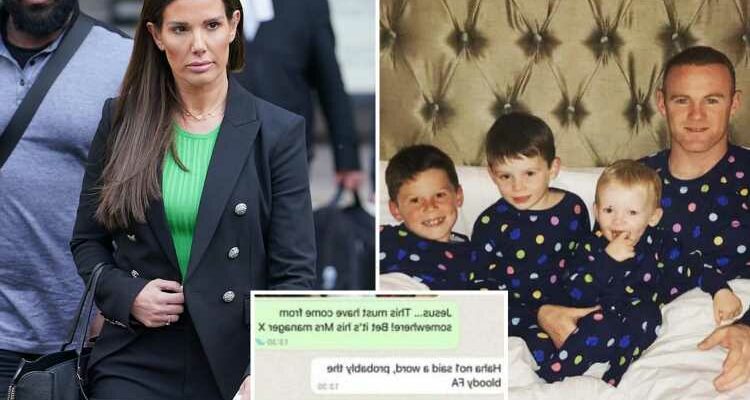 THE Wagatha Christie files have been revealed in full for the first time as the High Court releases every image used by Coleen Rooney for her "sting".

The explosive portfolio reveals Rebekah Vardy, who was publicly accused of leaking stories by her rival, called Coleen "Mrs Manager" in messages to husband Jamie. 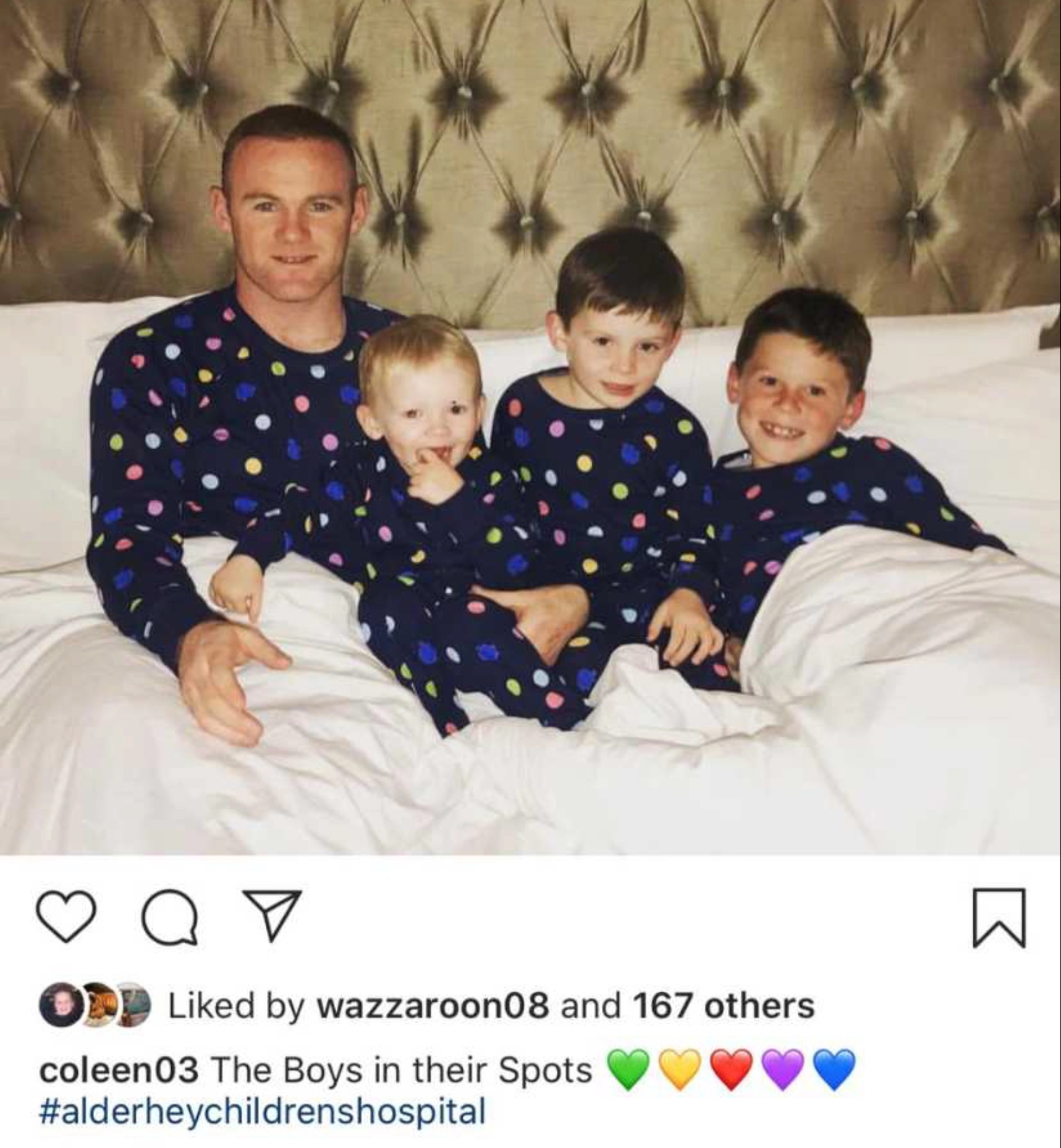 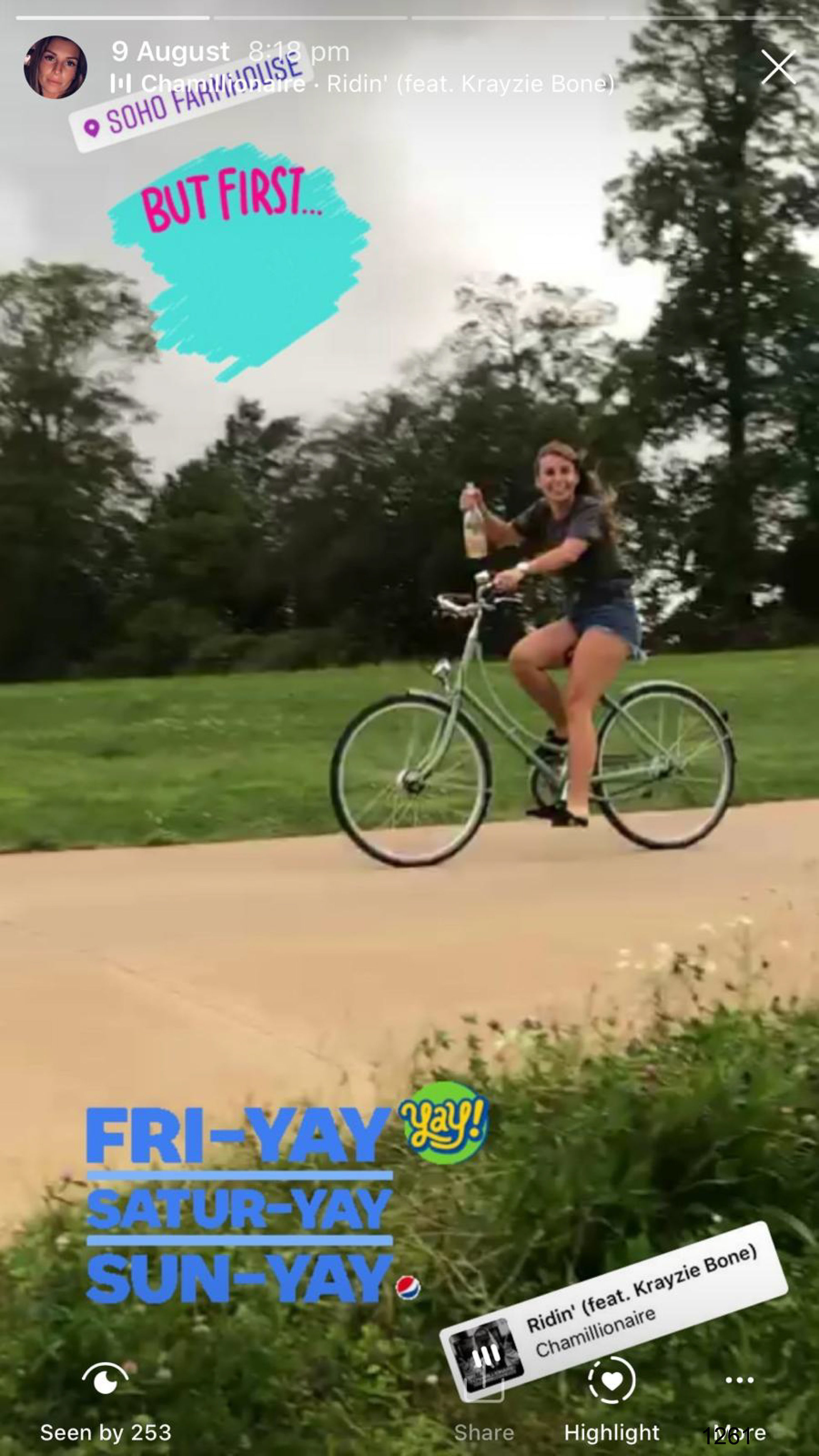 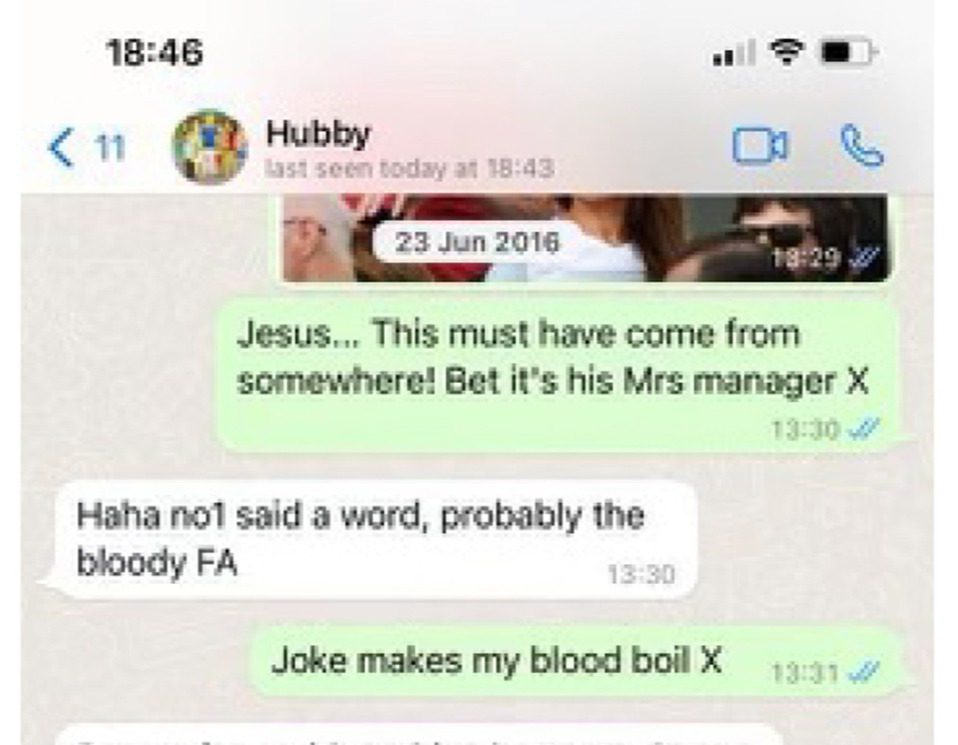 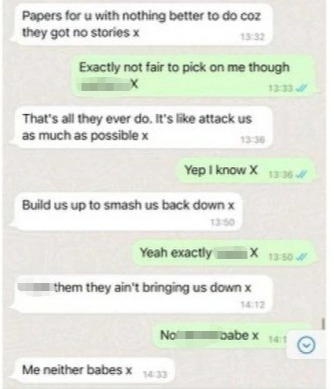 Meanwhile, a private photo of Wayne Rooney snuggled up with his sons in matching pyjamas was released as part of the cache.

Mum-of-four Coleen alleges she used a string of false stories to trap Rebekah Vardy – before publicly accusing her in a bombshell Instagram post.

Becky then sued her rival for libel. The the two women were locked into a blockbuster week-long courtroom battle which ended yesterday.

As the judge, Mrs Justice Steyn, considers the evidence for both sides, all the documents used by barristers during the trial have been released. 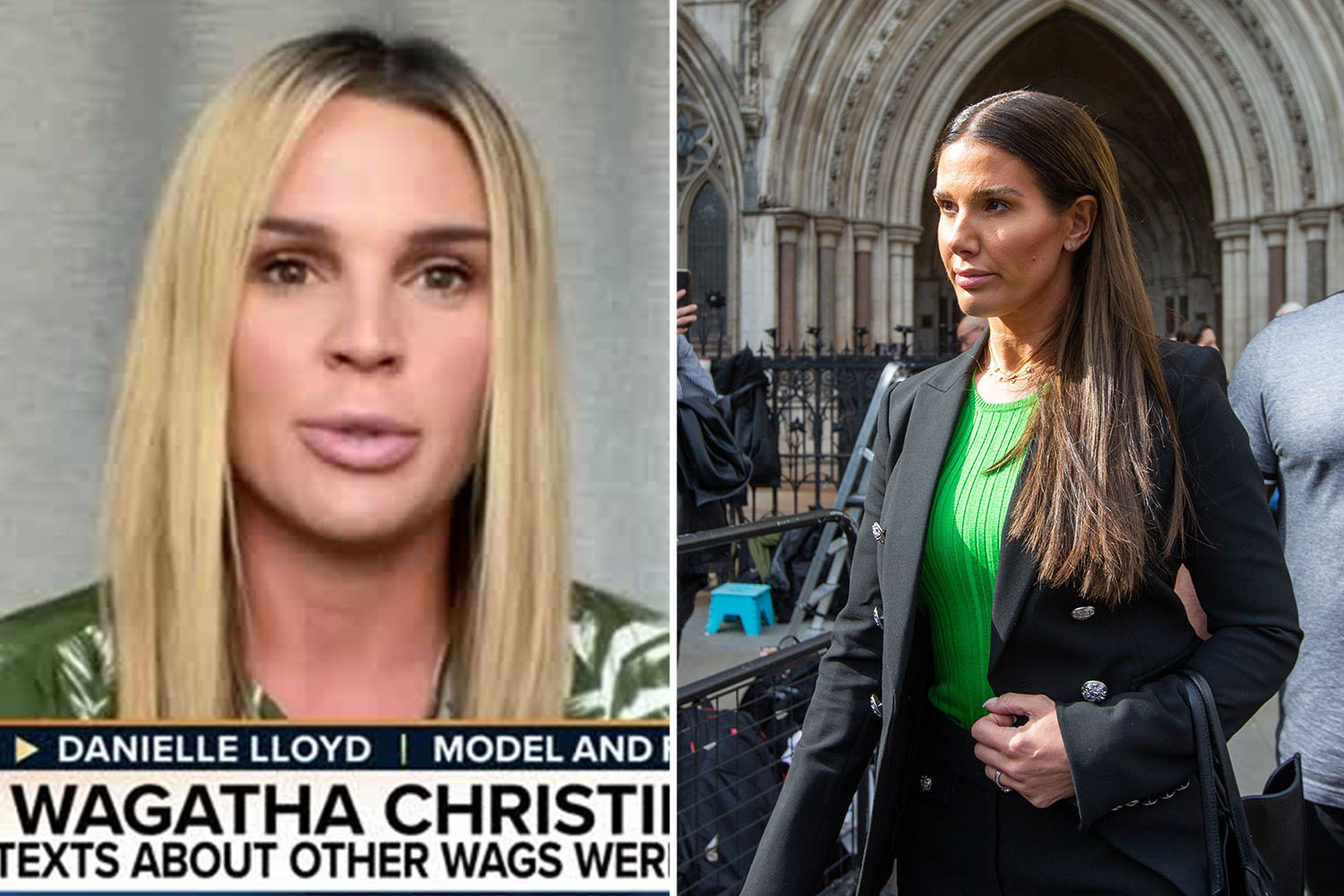 I was heartbroken when Becky told court about my miscarriage, says Danielle Lloyd 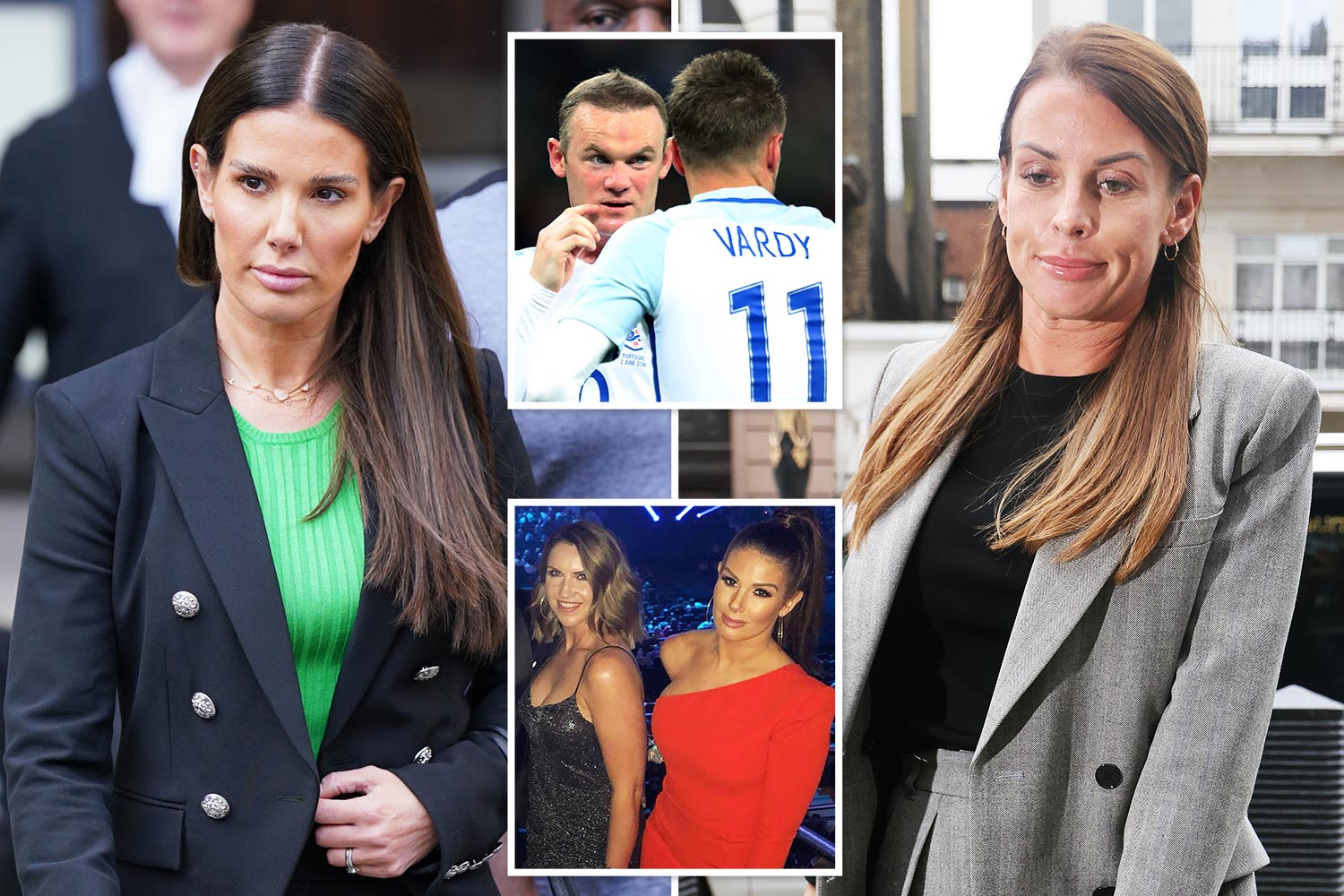 5 biggest bombshells of Wagatha showdown – who will come out on top?

The photo of Wayne and three of his children in bed has never been published. It was posted on Coleen's private Instagram account.

She claims Rebekah mined the personal posts so she could flog stories to the media – an accusation Becky vehemently denies.

During the trial, Coleen said she only posted the image on her private account because she didn't want to fuel speculation about her and Wayne reuniting as their marriage struggled.

She admitted the couple faced "quite a bit" of scandal and even briefly separated after Wayne was caught drink-driving in a party girl's car. 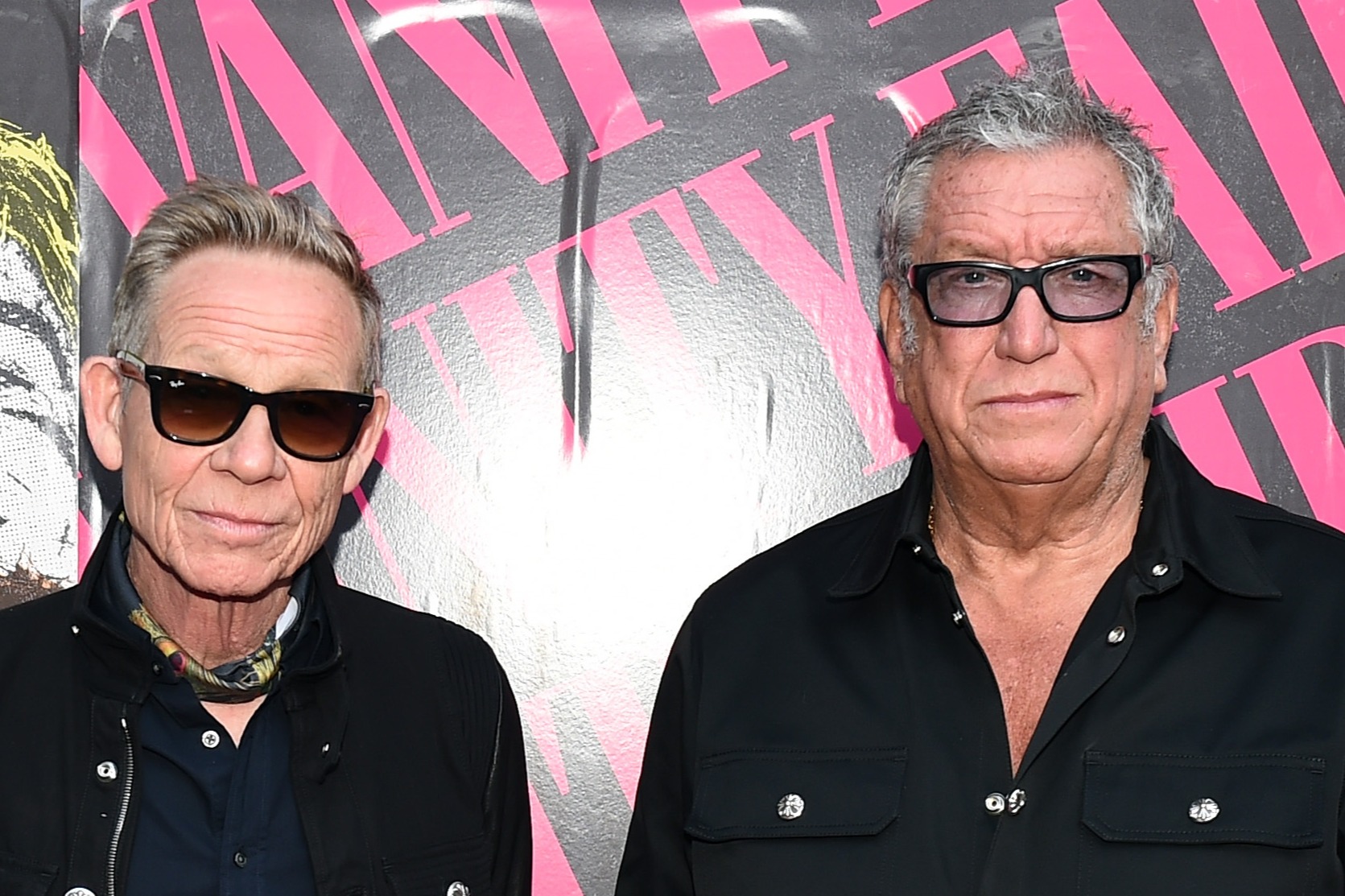 Music legends unrecognisable from 70s fame – do you know who they are?

Rather than sharing an image of Wayne on her public account, she posted one of herself with Kai, Klay and Kit.

But the photo of her husband and the children later appeared – leading Coleen to blast: "The GRASS strikes again!!!"

The documents also reveal exchanges between Rebekah and Jamie.

During the trial, the football ace furiously denied allegations that then-England captain Wayne had taken him aside during Euro 2016 to ask that he get Rebekah to "calm down".

A report of the alleged discussion was published in a newspaper at the time.

After spotting it, Rebekah messaged her husband a link along with the comment: "Seriously???"

Jamie replied: "No, not at all babes x" before Becky hit back: "T**ts trying to make me into a scapegoat."

Brits gripped by the trial will already have seen messages between Rebekah and her agent Caroline Watt, who is not fit to give evidence, it was heard.

Becky labelled Wayne a "c***" and said Coleen should "get over herself" in a the foul-mouthed WhatsApps.

Never-seen-before posts from Coleen are also included in the files. In one picture, which was captioned "broody", she sits with her niece on her lap.

She also shared posts from a girls' weekend with Wayne's cousin Claire and two friends at the exclusive Soho Farmhouse in the Cotswolds.

Wagatha Christie headlines from this week:

In a snap from the weekend, she was seen riding a bike with a bottle of wine in her hand.

The docs were released hours after Rebekah wept in court and embraced her lawyer as the £3million case drew to an emotional close yesterday.

The Wag broke down a number of times as she told the court of the horrific abuse she suffered in the wake of Coleen's accusation.

Her barrister Hugh Tomlinson said she'd suffered death threats from trolls who said her newborn baby should be thrown in an incinerator.

He fired back yesterday afternoon after Coleen's lawyer claimed Rebekah and Miss Watt are the "only possible suspects" for leaks about the Rooneys – and the pair "deliberately" destroyed evidence.

David Sherborne blasted mum-of-five Becky as an "entirely unreliable witness" whose memory was "selective" – and said Coleen had been "honest".

But Mr Tomlinson claimed it's "highly implausible" that his client is "clever or cynical enough" to get rid of crucial messages ahead of the trial.

My £1.4k Spain holiday was ruined when charged hundreds extra for flights

The idea that Becky is a "wicked litigant" is nothing more than a "conspiracy theory dreamed up by Mr Sherborne and his team", he said.

However, Rebekah admits she made a "mistake" trusting Miss Watt – and now believes the agent could be "the source" of the leaks. 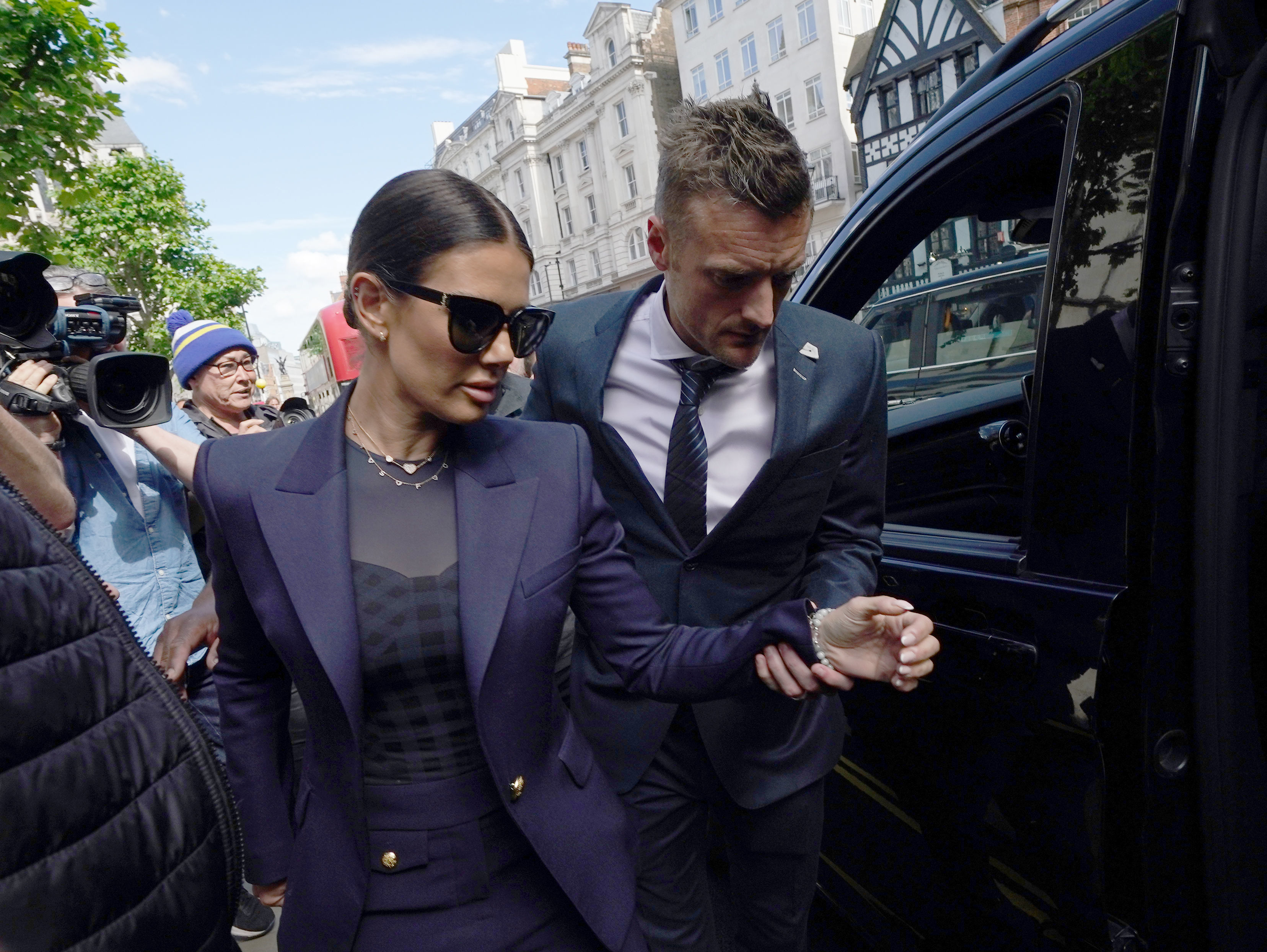 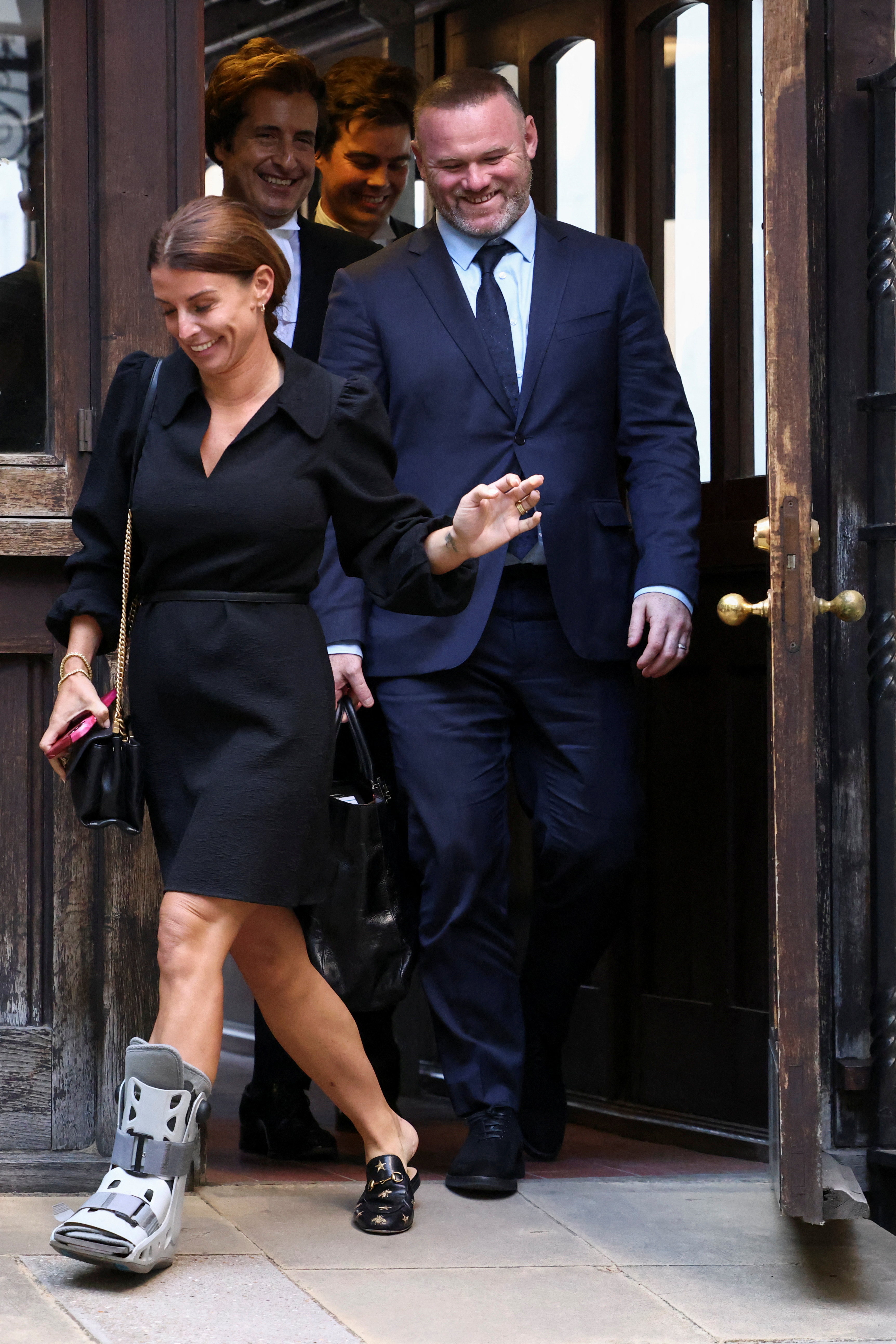 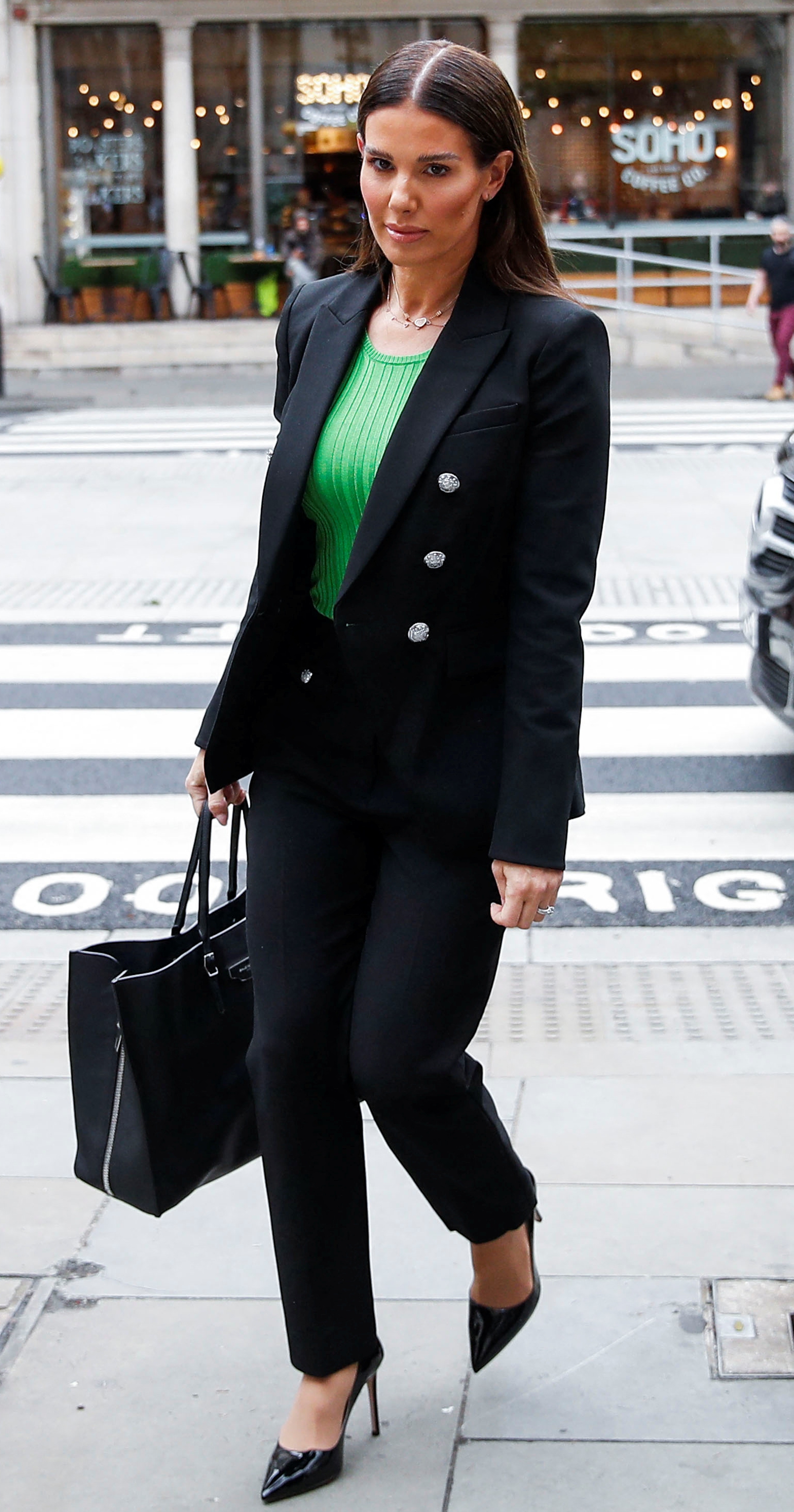 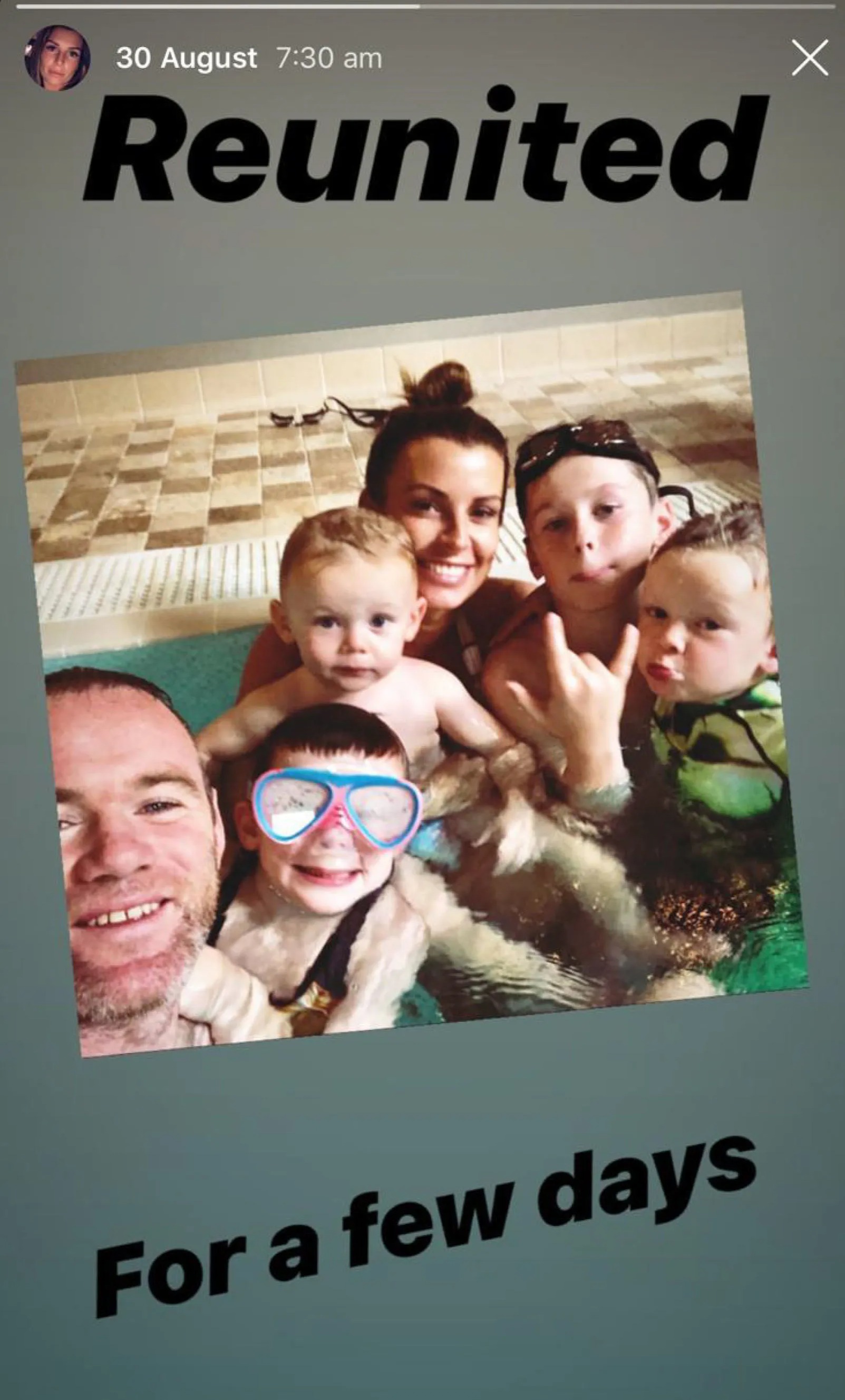 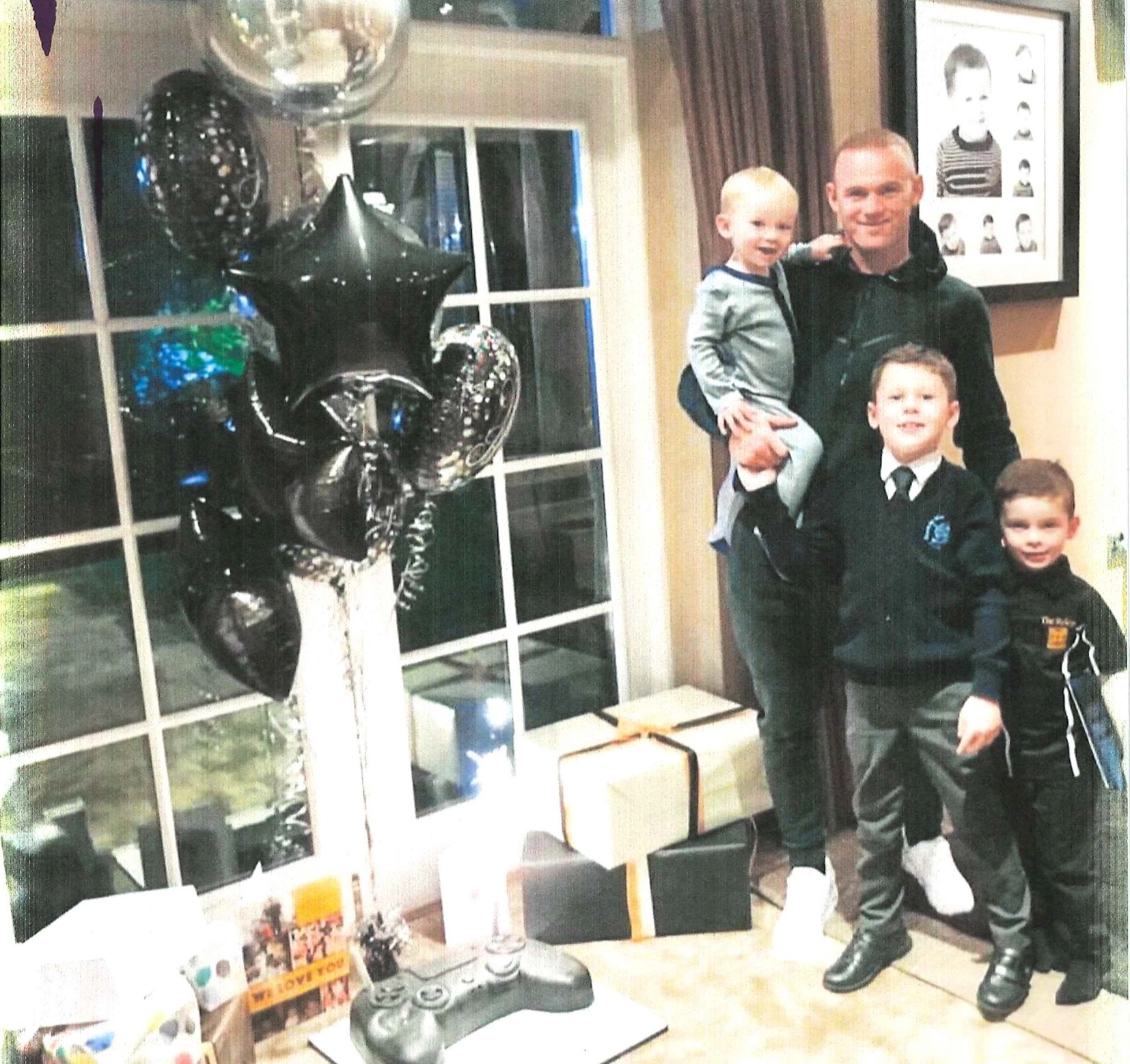