Starring Line of Duty’s Daniel Mays and Stephen Graham, comedy series Code 404 came onto our screens at the beginning of April, Depsite only being six episodes long, the first season was a hit with Sky One fans and has already got viewers wondering if there will be another season. Here’s everything you need to know about Code 404’s future. 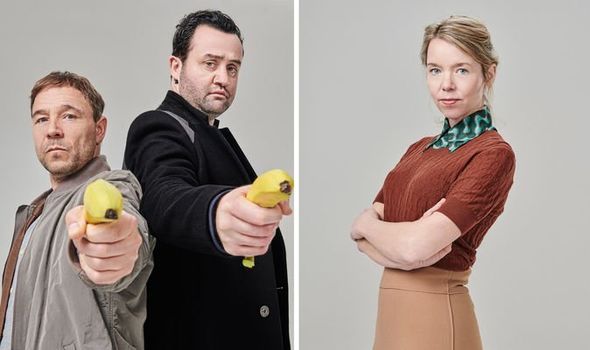 Code 404 has been renewed for a second series on Sky One, as confirmed by actor Daniel Mays this morning, Friday, May 15, on Good Morning Britain.

Appearing on the morning show via video link, Mays discussed his new Netflix series White Lines as well as the future of the Sky comedy series.

Making the announcement, Mays said Code 404 has been Sky One’s most highly rated comedy in the past eight years and was “thrilled” to be able to continue his character DI John Major’s journey.

So far, a release date has not yet been announed for the second season of Code 404.

As the announcement was just made this morning and with the series ending just a couple of weeks ago, it could be some time before a release date is revealed.