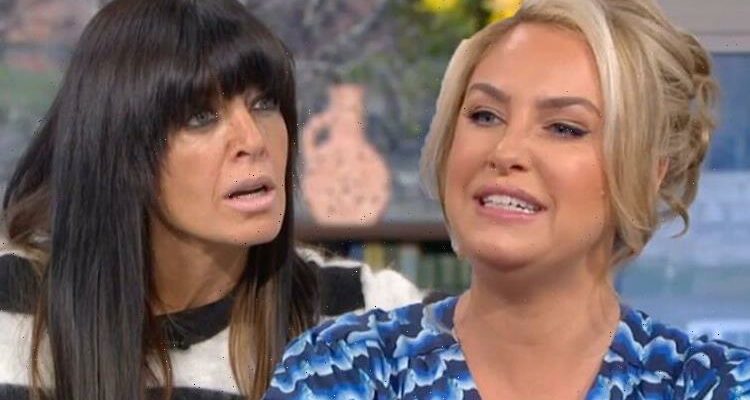 The Strictly Come Dancing host was set to be asked about her tour but she was more interested in This Morning host Josie Gibson. Claudia Winkleman immediately began quizzing the presenter about what other food she disliked before offering to take her out for sushi after the show ended. Those tuning in were left baffled by the interview however many praised the “chaotic energy” from Claudia.

Josie began: “Now they say if you’ve got it, flaunt it, and Claudia Winkleman is doing just that.”

“With one of the most famous fringes in showbiz, Claudia is laughing already and we’ve not even started,” Vernon said as the guest covered her face.

“She is flaunting it as she hits the road for her first ever tour, Behind the Fringe, and she’s here This Morning. Good morning.”

Referencing the previous segment which saw Josie declare she didn’t like a risotto dish cooked on the show, Claudia exclaimed: “I don’t want to discuss that.

“I want to discuss you and risotto because that’s my favourite moment ever.

“I know what you mean it is just rice but it is comforting because it’s just in one bowl, easy!”

Josie explained: “And it’s filling, I know what you mean. But I’ve never got sushi either, it’s a bit of rice with a bot of fish on top.”

A visibly shocked Claudia replied: “Should we go after? Is that too forward? We’ve just met but I would like to, suddenly, let’s do it.

“I want to introduce you. With avocado and mayonnaise and a bit of shredded, in a roll, chopped up in a bit of soy,” she continued pretending to build a sushi roll.

“Claudia Winkleman, do you want to be my mate? “ Josie asked as they guest exclaimed: “Yes!”

She added: “We’re not talking about the tour! What are your… can we just do other things Josie doesn’t like food wise?

“Is there something else?”

Taking to Twitter, Jay Baker commented: “This interview with Claudia is carnage but I love it!! #ThisMorning.”

Steve Lowe posted: “Oh, how I long to be so energetic as Claudia! #ThisMorning.”

“Omg @ClaudiaWinkle is absolutely making me howl on @thismorning I want her to be my friend #thismorning,” Katie tweeted.

This Morning airs weekdays on ITV from 10am.