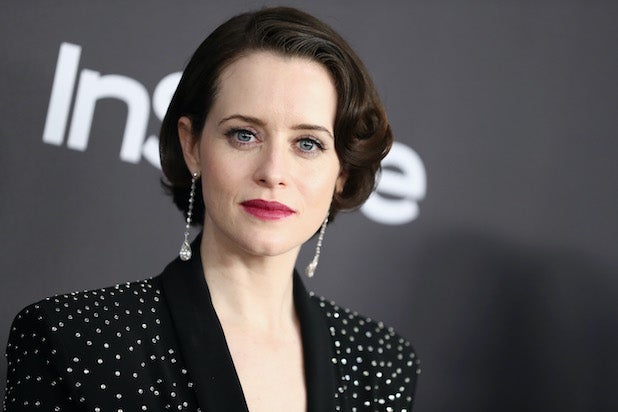 Searchlight Pictures has acquired the rights to “Dust,” a psychological horror film that will star “The Crown” actress Claire Foy, an individual with knowledge of the project told TheWrap.

“Dust” was introduced to buyers at the virtual Cannes marketplace in June, and Searchlight will now develop further develop the project.

Will Joines and Karrie Crouse, who previously collaborated on the short film “Propagation,” will direct “Dust” from a script that Crouse wrote. The script was developed at the Sundance Writer’s Lab.

In “Dust,” Foy is trapped by increasingly horrific dust storms in 1930s Oklahoma. She plays a young mother haunted by the past who becomes convinced that a mysterious presence is threatening her family and takes extraordinary measures to protect them.

Lucas Joaquin of Secret Engine is producing the film along with Alix Madigan (“Winter’s Bone”) of Mad Dog Films.

Foy most recently starred in “First Man” and as Lisbeth Salander in “The Girl in the Spider’s Web.” She’ll next be seen in Will Sharpe’s “Louis Wain,” a biopic on the 19th-century English artist, starring Benedict Cumberbatch, and she recently joined the English-language remake of the thriller “My Son” alongside James McAvoy for STXfilms.

THR first reported the news of the sale.