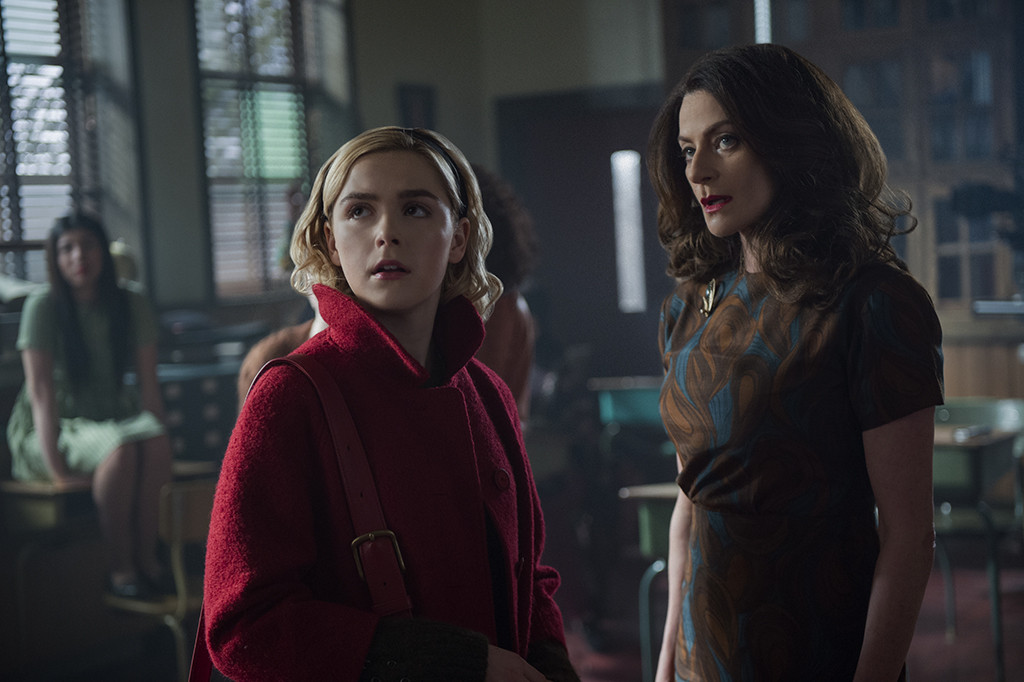 The witches are back and they’re a little less spooky and a lot more festive this time around, though they actually are still very spooky.

Chilling Adventures of Sabrina‘s holiday special makes its debut on Netflix tonight at midnight (the witching hour!) and it turns out even Christmastime (or Solstice time) is still filled with ghosts and demons and other scary things. The Spellmans will certainly not be alone in their mortuary in this episode.

The mostly standalone special still takes place directly after the events of the first part of season one, when Sabrina signed her name in the book and became a full witch, then broke up with Harvey. Zelda also had stolen Father Blackwood’s baby daughter because she feared for her life, and all of those things play a big part in the special.

“The holiday special is really wonderful,” Kiernan Shipka said on the set of the back half of season one. “It’s a really emotional episode and it’s beautiful for the holidays. Obviously, the show wouldn’t be our show without some excitement and some demons, literally. It’s action-packed and it’s fun, but at the same time, there’s a lot of heart and there’s a lot of soul to it. A lot of the relationships develop in it really beautifully.”

The episode also gives us our first real taste of the way the witch and mortal worlds might be able to collide now that Ros, Susie, and Harvey all know Sabrina’s a witch.

“I think it really fuses the witch world and the mortal world in a really lovely way. It’s truly a very, very special episode. I really, really love it,” Shipka said. 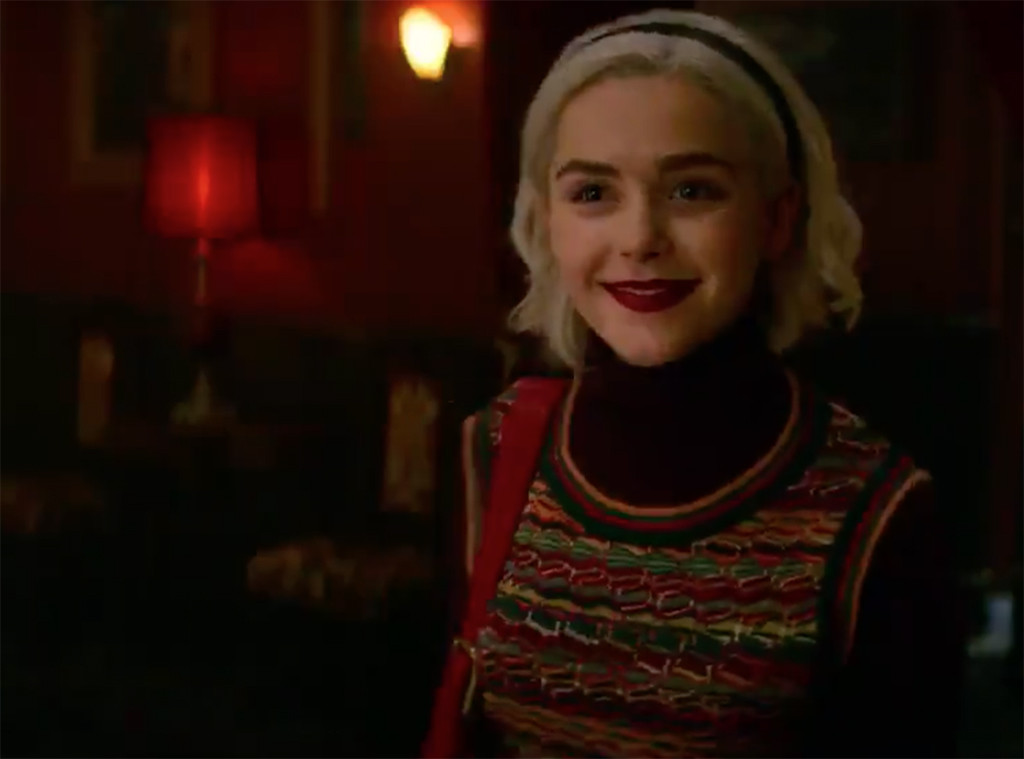 Zelda and her stolen baby get a particular spotlight in the episode, and teased that she has to protect the baby from a “certain witch” who comes to town.

“You see, because although people think that the holiday season is like, a fun time and all that, for witches, it is kind of a perilous time, because it’s a time when they kind of need extra protection,” Miranda Otto explained. “They have to keep the yule log burning to protect themselves from spirits that could come into the house, and Zelda is particularly worried because of the baby in the house…”

Susie also gets to have some fun (or not) in the special, and Lachlan Watson was particularly excited about his costume: an elf, with a fuzzy hat. So if for no other reason, tune in tonight at midnight to see Susie as an elf…even if things might go a little downhill. This is Greendale, after all, and things are usually going a little downhill, even at Christmas.

Chilling Adventures of Sabrina streams on Netflix, and A Midwinter’s Tale will be available on Friday, December 14. Part two of the first season will premiere Friday, April 5, 2019.