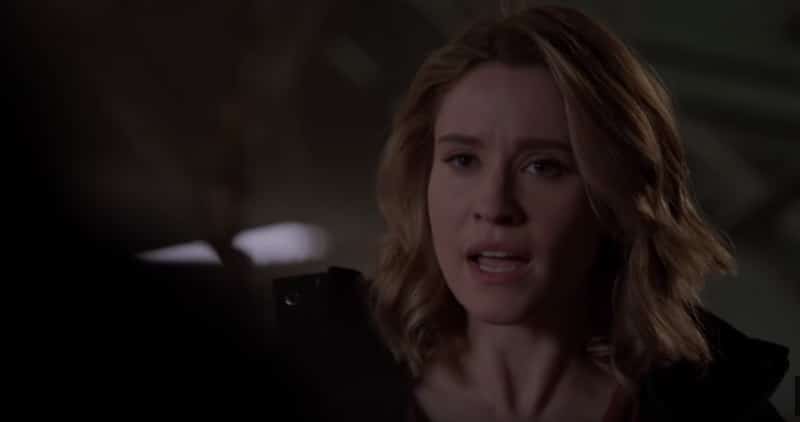 The Chicago Med cast quickly wrapped up the mystery of Dr. Will Halstead’s (Nick Gehlfuss) missing gun on Season 4 Episode 14, Can’t Unring That Bell. In fact, it happened in the opening moments, as a kid who was shot during a robbery got wheeled into the hospital.

Detective Jay Halstead (Will’s brother, played by Jesse Lee Soffer) appeared and let Will know that the shooter had already been caught. In his possession was Will’s missing gun, which immediately leads to Dr. Natalie Manning (Torrey DeVitto) approaching Will to chat.

In another opening story, Dr. Daniel Charles (Oliver Platt) is shown on his first date in a while, walking back home with Jackie Mills (Dana Wheeler-Nicholson). They find Jackie’s daughter going through withdrawal symptoms and rush her to the hospital.

In the third major story of Can’t Unring That Bell, the woman from the last episode with sepsis is wheeled back in while going through organ failure. Maggie Lockwood (Marlyne Barrett) wants to help her old neighbor.

As shown in the image above, a lot of the emotional drama from the episode came from Maggie trying to help her patient, Sydney (Edwina Findley Dickerson). This was despite pushback from Sharon Goodwin (S. Epatha Merkerson), who was highlighted in the episode by refusing time off for Maggie to donate a kidney to Sydney. That surgery will likely finish playing out in the next episode.

When Will loses a patient, moments after learning the shooting victim could lose his leg, he begins to spiral. The boy is saved, but Will spins out again when he sees Natalie simply hugging a husband who had just lost his wife at the hospital. They end the episode going their separate ways (again).

As shown in the video recap below, the end of the episode revealed even more drama. Connor (Colin Donnell) accused Ava (Norma Kuhling) of being the person who turned him in for actions taken in the hybrid operating room. He, again, also accused her of sleeping with his father (she did) and putting her hand where he would cut it in the last episode (did she?). It wasn’t a conversation that went well.