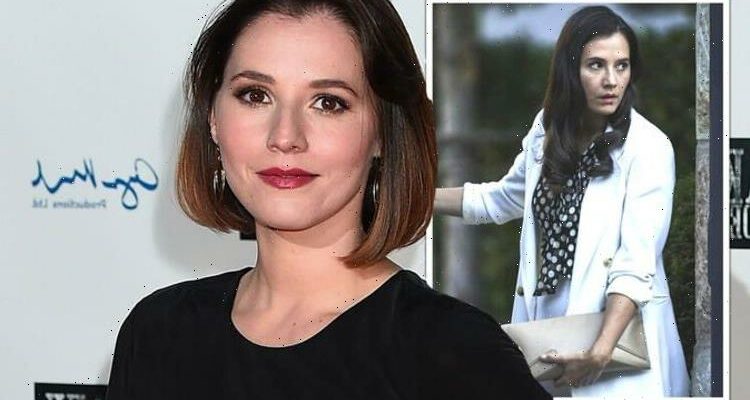 Deadline is a new Channel 5 series that promises to leave viewers on the edge of their seats. The TV show follows a woman accused of murdering her husband in cold blood, and an investigative journalist becomes infatuated with the case. The Last Kingdom actress Charlie Murphy plays Natalie Varga, the wife accused of killing her husband after a traumatic childhood, but how old is the star?

Charlie’s character in the new series escaped her disturbed life to study at Cambridge University.

Speaking of what fans can expect from the show, the actress said: “We open the series with a grieving Natalie Varga.

“Her husband has been murdered, and it’s roughly about six weeks after the fact so we find her in a very vulnerable and fragile state.

“Even before you see her, you see what people think of her, and you see what the media is saying about her before she gets to speak.

“It’s the perfect setup from an audience point of view.”

The Peaky Blinders and Happy Valley actress, from Ireland, is 33 years old.

The actress is perhaps best known for her role as Siobhán Delaney in the RTÉ drama series Love/Hate.

Fans may also recognise her as playing Iseult in The Last Kingdom, which is now in its final season.

The actress has been busy in recent years, with credits including the series Halo and the TV film The Winter Lake.

Viewers may have seen Murphy playing Jessie Eden in Peaky Blinders, which has just finished airing on the BBC.

The actress has five siblings and her family moved to Wexford when she was 12 years old.

The star opened up about how she connected with her character Natalie in her latest project.

She said: “There is something so tragic about Natalie, she has spent her life erasing and hiding and being embarrassed about where she has come for and all she wants really is a strong family unit.

“All she wants is love and to feel protected and to not be at the mercy of someone else’s pocket strings, she just wants to be independent.

“I can understand that entirely and it’s how I feel I can connect with her.

“She has an incredible sense of what is right and wrong and who has wronged her and who must pay.

“She has a moral ledger because there have been so many people who have tried to hold her back and she has been so disappointed by her family.”

Over the course of the series, fans will learn how Natalie’s childhood has shaped her.

Murphy added: “She is the type of person who if you cross her, that is it!

“You are in trouble, you are cut off…you wouldn’t want to cross her.”

Murphy returned to Budapest to film the series, which is where The Last Kingdom was also filmed.

Deadline airs across four nights on Channel 5 from April 5.