Celebrity SAS: Who Dares Wins continued this evening and Anthony Middleton was not pulling any punches for the celebs.

In particular, Sam Thompson caught the eye of a number of the staff members as he continued to talk back to his superiors.

Despite this, during the tough mountain climb with a log and some tires, Sam gave most of his weight to TV Presenter AJ Odudu.

AJ took it in her stride, however, as she ran 45 kilos of weight up the mountain, before being ordered to run back down and jump in a body of water.

While the entire team of celebrities were trying their best to stay afloat, Anthony continued to push them further by jumping back out of the water and continue running.

But it quickly went bad for AJ, as she began hyperventilating and rapidly shaking.

She claimed she felt dizzy before collapsing to the floor as medics arrived on the scene.

Fans of the show were utterly horrified by the experience, and they began posting their hopes for AJ’s safety.

One wrote: “OMG NO!! AJ #SASWhoDaresWins.”

Another said: “Omg watching AJ go through that was horrible #SASWhoDaresWins.” 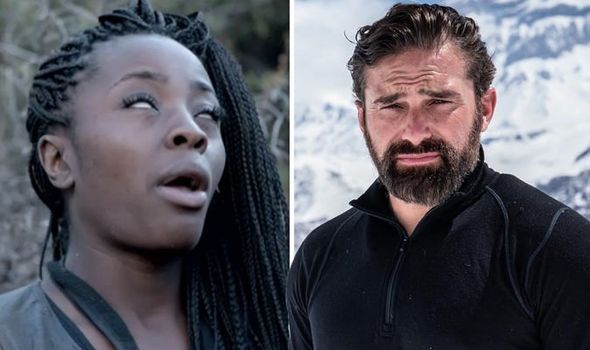 While another added: “Not surprised, she had to carry double the weight #SASWhoDaresWins.”

“Omg I hope AJ is okay #SASWhoDaresWins,” pleaded a fourth.

The presenter felt the full sting of the harsh weather conditions whilst climbing a mountain and then abseiling back down.

After almost losing consciousness the presenter was taken to the emergency medical team. 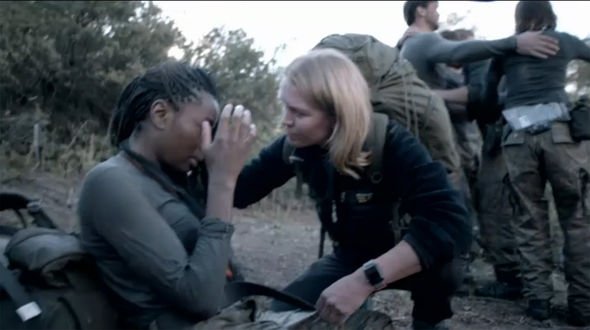 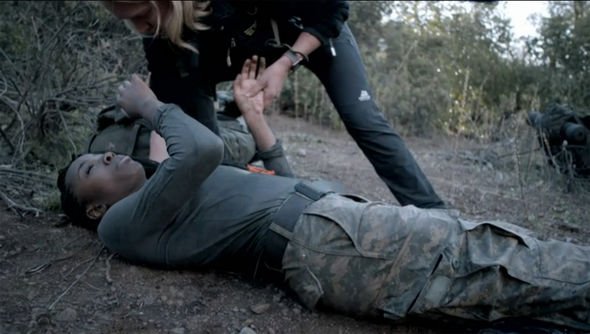 She explained: “I can’t stop shivering.

“My legs, my arms. Everything is shaking.”

Later, Ant spoke to her before her exit, saying: “You’ve overcome so much. You’ve done extremely well.”

SAS Who Dares Wins continues Sunday at 9pm on Channel 4.