During Thursday’s instalment of BBC’s Celebrity MasterChef, the remaining four contestants were tasked with recreating one of professional chef Asma Khan’s dishes. Former footballer Jimmy Bullard left viewers asking why he was the only one wearing black latex gloves.

All being given different meals to cook, Jimmy was told he would be trying to make Beef and Lamb Koftas with a spicy tomato and apricot chutney and a mint yoghurt dip.

Being given one hour and 15 minutes to complete it all, the remaining four stars got to work to try and impress Asma and the two judges.

Although before he had even started to cook, Jimmy was stumped by the in-depth instructions he had to follow.

Commenting on the sheets he had been given, he said: “Look at it, it’s pages and pages of it, it scares me to death.” 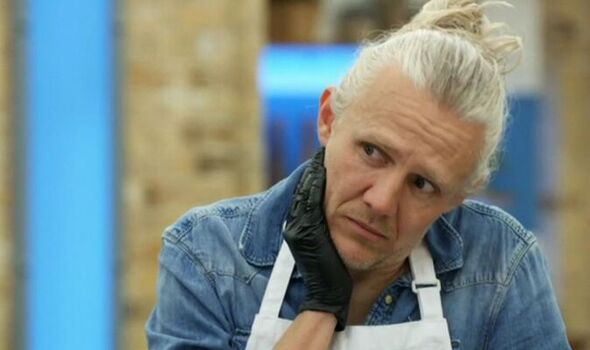 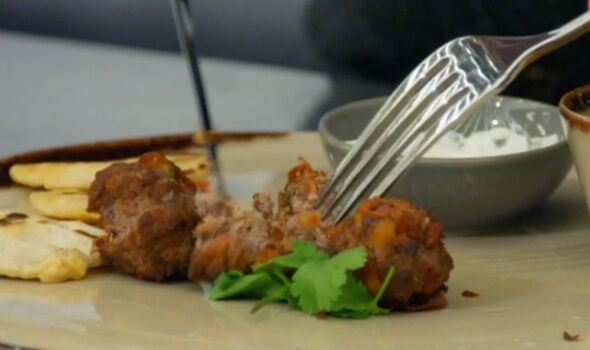 While he was cooking, fans took to Twitter to share their confusion over his choice of attire throughout the series.

@Ariadne_Reviews shared: “Jimmy Bullard’s raw anxious energy is highly relatable. I’m a little bit in love. (but it might also be the black gloves, who’s to say) #CelebrityMasterchef #MasterchefUK.” [Sic]

Dave asked: “Can someone pls tell me why Jimmy wears gloves sometimes and then other times he doesn’t  #celebritymasterchef” 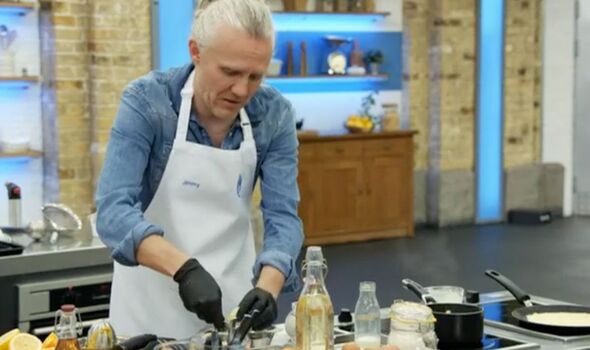 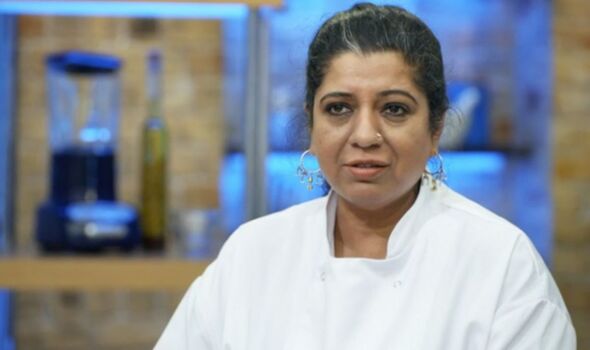 @lyndsayva questioned: “So, why is Jimmy wearing gloves? I thought maybe a fish allergy, but for peeling potatoes? And then no gloves for some items?”

However Cheryl, as the voice of reason, wrote: “Why are people freaking out about Jimmy’s gloves??? Have you never prepared food before?

“They stop your hands from smelling of onion/fish/garlic etc. Chefs wear gloves #CelebrityMasterchef”

Judge John Torode told BBC viewers that Jimmy had to ensure he got the balance of flavours right as it needed to be slightly sharp and sweet at the same time.

Once their time was up, it was then time for the celebrity to present his final dish to John, Gregg and Asma.

Taking a bite of the chutney, Gregg instantly pulled a face as he shouted “Woah!”

Asma asked whether or not Jimmy had tasted the tomato chutney before serving it up to them, which he said he did.

She told him: “It is extremely spicy, for me. My father would love it, but it may not be to everyone’s liking.”

Agreeing, Gregg said: I like your koftas, soft in the middle, nice and crispy on the outside.

“This chutney? I took one small mouthful of that and it nearly blew my ears off!”

However, John told Jimmy that if he ate all parts of the dish together he was pretty happy overall.

Overjoyed that one of the judges liked the hot chutney, Jimmy said: “I knew you liked a bit of spice in your life!”

With Jimmy at risk of going home along with the remaining celebrities Kirsty Gallaher, Richard Blackwood and LesleyJoseph, it was time for viewers to learn who’d be going home.

After deliberating, Gregg confirmed that it would be Kirsty missing out on a place in the quarter-final.

Celebrity MasterChef airs on BBC One at 9pm