Game of Thrones fans were devastated at the death of Catelyn Stark (played by Michelle Fairley) back in season three of the HBO series. The wife of Ned ‘Eddard’ Stark (before he also met his untimely death), Catelyn was the lady of Winterfell and mother to Sansa, Robb, Arya, Bran and Rickon before she died in one of the season’s most dramatic episodes, The Red Wedding. So here’s how the shocking moment Catelyn Stark died in Game of Thrones happened and why fans are desperate to see her return.

How did Catelyn Stark die on Game of Thrones?

WARNING: This article contains spoilers from Game of Thrones.

While we know that Game of Thrones is not one to steer away from shock deaths, The Red Wedding episode was perhaps the most shocking of the first few seasons.

All three were brutally murdered at the feast by Lord Walder Frey (David Bradley) and his men as revenge for Robb breaking the marriage pack between House Stark and Frey.

We later learned that the killing was also a conspiracy with Lord Roose Bolton (Michael McElhatton) and Tywin Lannister (Charles Dance) to betray the Northern army and rebalance the fight for the Iron Throne.

After the official bedding ceremony takes place at the feast, Walder ordered the doors to be shut and the music to cease playing, before announcing he was about to present Robb with a belated wedding gift. 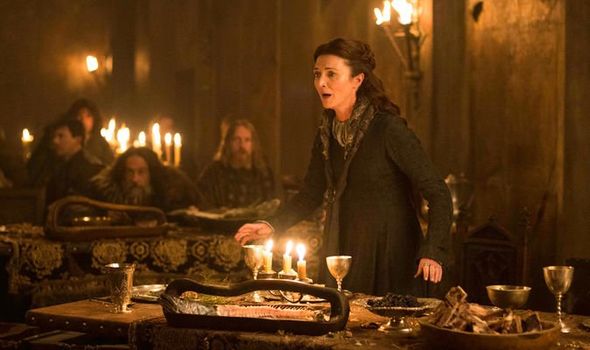 In cahoots with Bolton who is also at the feast, Catelyn noticed the chainmail hiding under his shirt a moment too late.

In quick succession, Talisa is ruthlessly killed, along with many of Catelyn’s men before she made a last beg for Robb’s life offering herself in his place.

Walter declines as Bolton stabs Robb telling him that “the Lannisters send their regards,” before Catelyn’s throat is slit by Black Walder Rivers (Tim Plester).

Catelyn’s death has certainly had a lasting effect on the plot, paving the way for some other shocking wedding deaths like Joffrey’s in season four and motivating Lady Brienne of Tarth (Gwendoline Christie) in her journey with Jamie Lannister (Nikolaj Coster-Waldau).

Perhaps most importantly, it set Arya Stark (Maisie Williams) off on her journey of revenge which culminated at the beginning of the seventh season with the murder of Walder Frey and his men.

Now the Starks are front and centre of the action in the upcoming season eight, as Arya, Sansa and Bran are all still in the race to take the Iron Throne at the end of the final season.

Their half-brother Jon Snow (Kit Harington) is also set to play a key role in the final action as he teams up with Daenerys Targaryen (Emilia Clarke) to fight the dreaded White Walkers. 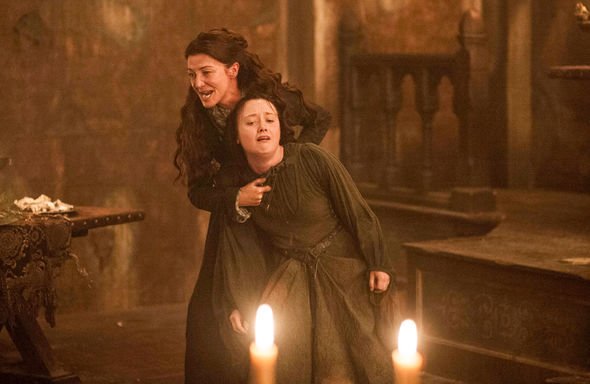 But some fans think the Catelyn could even make a return in the final season herself, as her character is resurrected in the books.

The theory follows that Catelyn’s body was thrown in the river after her throat was slit before she was later found by the Brotherhood Without Banners who bring her back to life as Lady Stoneheart.

While many have dismissed the theory, it certainly wouldn’t be the first time a character was brought back to life with Jon Snow’s shocking resurrection in season six.

Whatever happens in the final season eight, Game of Thrones fans are sure to be hooked for all of the final six episodes.

Game of Thrones series 8 is on HBO in the USA and Sky Atlantic in the UK.