Throughout her time on Dancing With the Stars, Carole Baskin guest blogged about her experience with her celeb partner, Pasha Pashkov, for ET. In her final post, the Big Cat Rescue CEO (who was eliminated during Disney Night on Monday) opens up about what she’ll miss most about the dance competition show, whether she’ll still be tuning in each week and more.

Hi, everybody, Carole Baskin here, and I’m already missing everybody from Dancing With the Stars. The cast, crew, administrative staff, security guards and even the COVID-19 compliance officers! Everyone was so sweet and I would have liked to have gotten to know each of them better.

I’m currently writing this from the lovely 14th floor apartment I’ve been staying at in Los Angeles, with views of the city and the studio district. I always loved the drive home from the practice studio and the ballroom because coming down Gower Street, I was staring straight at the iconic Hollywood sign all the way “home.” Every time I saw that sign I was reminded of Momma Jacquie, my maternal grandmother, who helped my mother raise me. She died in my mother’s care at Big Cat Rescue in 2014. Her favorite star was Lucille Ball, and from the time I could walk, she had me balancing books on my head, holding my pinkie out when I drank and articulating clearly because she wanted me to be a star. This was as close as I’ll ever come to realizing her dream. 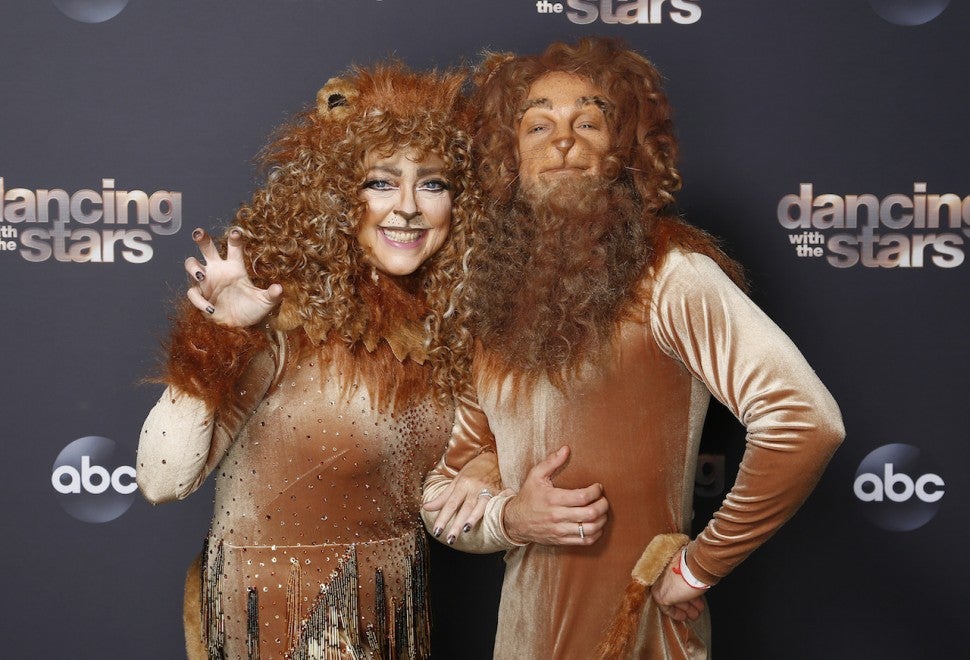 After Pasha and I were eliminated this week, we hugged our goodbyes outside of the Good Morning America set the day after our last performance. He asked that my husband, Howard Baskin, and I connect with him and his wife, Daniella Karagach, over WhatsApp to keep in touch. Howie and I very much look forward to that.

Due to the fear of contracting COVID-19, I isolated myself from everyone else as much as possible. My husband and daughter, Jamie Veronica, both are at high risk from dying if they contract it, so I was thankful for all of the extremely cautious measures that have been taken by the show.

I did my part by only interacting with Pasha and isolating myself completely except for the interactions that couldn’t be avoided. Even then, everyone was great about wearing masks and distancing, but it makes conversation difficult. It made it hard to really connect with others over such a short time, but maybe that will change as I continue to watch them perform.

What I will remember most fondly about my time on Dancing With the Stars will be what co-executive producer Deena Katz did for me. She took a big risk inviting the world’s most-hated character onto the show, but she did it because she saw through the misogyny and saw me for who I am. She offered me the show’s platform as a way to set the record straight and put the spotlight on saving big cats from abuse and extinction.

I can’t even imagine how much backlash she and the network must have gotten from people who believed the lies told about me in Tiger King. I will always owe her, and everyone she influenced, into giving me a chance to be heard, and for their bravery in the face of so much abuse. 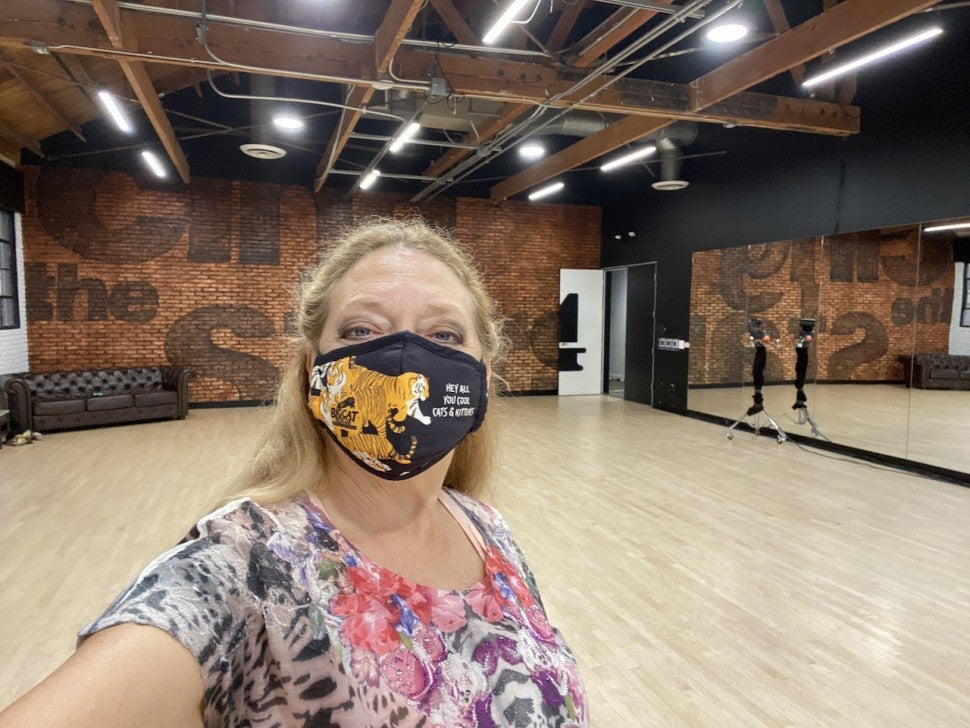 As for souvenirs? Dancing With the Stars embroidered a beautiful robe for me with their logo and my name, so that is one I will keep and cherish. I also kept things like parking passes, a little heart from the blast of hearts on the set, and a mirrorball tumbler that I will probably auction off to help feed the cats. Due to the double impact of Tiger King‘s evil portrayal of me and what sanctuaries are all about and COVID-19, we had to stop the private tours of the sanctuary in March. That was a third of our income, so every little bit helps.

The first thing I want to do when I get back to my home in Florida is hop in the jacuzzi with my husband. Every day, seven days a week, we are working to end the abuse of big cats and save them in the wild. Some days we work from our home, but most days I go in and work from the sanctuary 5 miles away. Every night we catch up with each other in the jacuzzi and strategize our next moves. While I’ve been in Hollywood, we have Zoomed every day, sometimes several times a day, but my aching body needs the healing power of those jets right about now!

I saved all of the dance videos that Pasha and I did during all of our practice sessions and rehearsals. My husband is recovering from recent heart surgery and even more recent back surgery that has left him struggling with walking, but we’ve been doing physical therapy. As soon as he’s stable I think we will break out the videos and learn ballroom together. Maybe during some of our WhatsApp video calls with Pasha and Daniella we can get some pointers, or at least provide them with some amusement.

I’ll also continue to follow the show so that I can see what they do to thrill and entertain. My husband says he just can’t bear any more of what he considers Bruno Tonioli’s “mean-spirited comments,” but I’ll be watching because I really do want to see how it turns out. 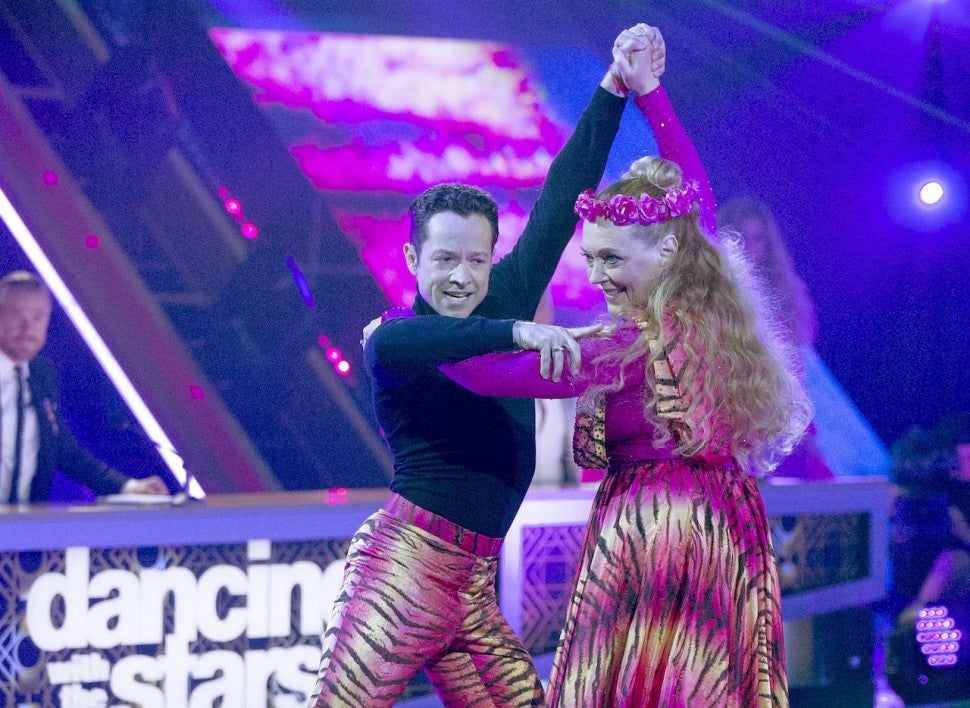 I hate seeing anyone voted off the show, and wish there were some other format than that, because after living it, I know how much effort goes into that one-minute performance. I’ve thought from the beginning that Nelly would take home the mirrorball, but I think Skai Jackson is going to give him a run for his money. Everyone brings different talents to their performances though, so I could end up being surprised by the end of the season.

As for what’s next for me, Howard and I have partnered with ITV America’s ThinkFactory Media to do an unscripted series aiming to expose the nefarious individuals and organizations abusing exotic animals for profit.

The new project will further our 20-year war against those who benefit from the pain and suffering of big cats and other animals. We’ll be spotlighting the cruel histories, lawsuits and animal rights violations associated with these organizations… in unprecedented and unexpected fashion.

This is a chance for us to use our new platform to battle the everyday evils facing big cats and so many other animals. Working with Thinkfactory on this show will help us further our life’s mission, while bringing important stories and information to “cool cats and kittens” across the country. 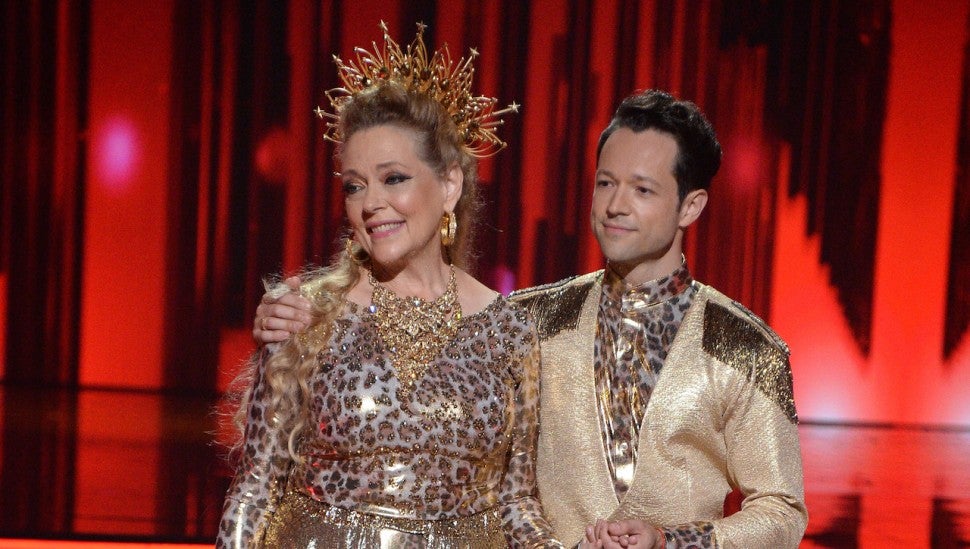 Before I log off here, I just want to shout out all of our fans who kept up with this guest blog and who voted for Pasha and me. Your votes are surely what kept me on the show for three episodes and each week resulted in being able to get the message out that we need to pass the Big Cat Public Safety Act this year.

All of those calls and emails made at BigCatAct.com are paying off as we now have a majority of support in the House at 230 cosponsors and 30 cosponsors in the Senate. All we need are 2 minutes on the floor for a vote and we can end cub handling and phase out private possession of big cats.

Your support for me and Pasha on Dancing With the Stars kept people talking, and calling Congress, and have put us closer to ending the abuse than ever before in the decades it took for us to get to this point in history. Thank you.