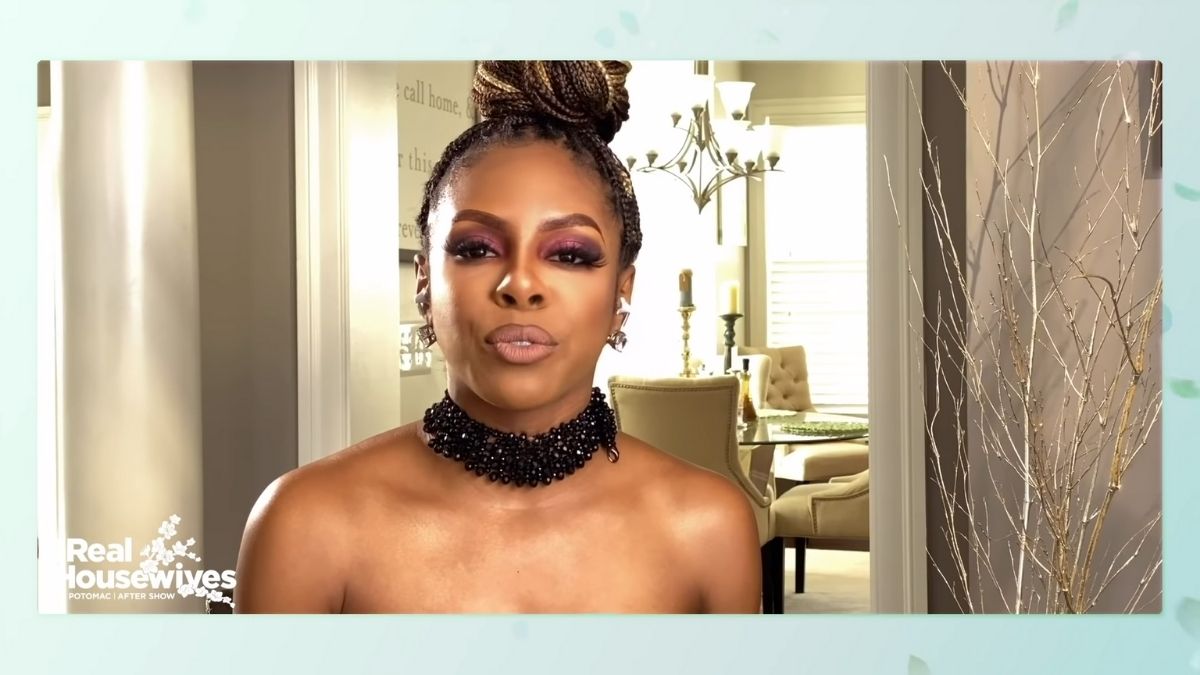 Ashley Darby is doubling down on her decision to write a statement on behalf of her friend, Monique Samuels, despite the backlash.

The 32-year-old dropped the bomb on Candiace Dillard during their last night in Portugal on last night’s episode of The Real Housewives of Potomac.

While the women enjoyed a raunchy night of games, things took a downward spiral when Ashley told Candiace she had written a statement for Monique.

As you can imagine, the surprising confession did not sit well with Dillard, who thought she was getting back to a better place with Ashley.

But, Ashley is standing by her decision to do this good deed for her friend, while Candiace admits she was shocked by the revelation.

During an interview on The Real Housewives of Potomac After Show, the three-season alum shared how she really felt when she heard what Ashley had done.

” I think I was hurt first, and then I was shocked,” Candiace said.

“I honestly thought that myself and Ashley were moving into a functioning space, a positive space, after having a lot of drama and contention for a long time.”

During the chat, the 33-year-old shared more about her feelings regarding Ashley’s betrayal.

“There’s something about knowing that someone has done something that’s incredibly f**ked up, and that person smiling in your face for some time and acting as if everything is all honky dory and great,” explained Candiace.

“And then to know — yeah, I was fu**ing with you…and then surprise, I’m just now telling you.”

She added, “There’s something about that kind of hurt that hits different.”

Ashley doubles down on her decision

Ashley might be getting some heat from her Real Housewives of Potomac castmates, but she’s not backing down.

As a matter of fact, the Coffee and Love singer doubled down on her decision to side with Monique Samuels.

While dishing on the After Show, Ashley admits that she wasn’t the least bit nervous about sharing the news, despite knowing Dillard would be furious.

“I wasn’t nervous to tell Candiace about writing the statement, but I knew that I would have to defend myself to the group,” shared Ashley.

“And it’s not always a good feeling to know that you’re gonna have to defend your actions and justify yourself to other people when you feel like you did the right thing, and you feel strong in what you did and your convictions.”

The Real Housewives of Potomac airs Sundays at 9/8c on Bravo.