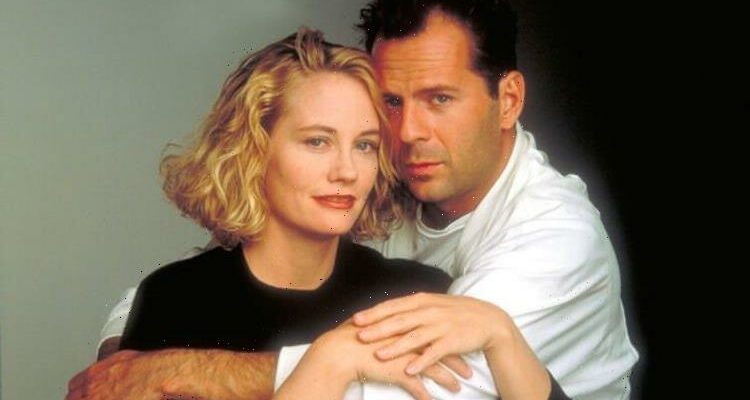 Bruce Willis to step away from acting after aphasia diagnosis

Bruce Willis has recently announced he will be stepping away from his acting career after being diagnosed with aphasia. In his 40+ years in Hollywood, Bruce has worked with countless actors and actresses, but his relationship with Cybill deteriorated greatly.

Cybill was the first cast member hired for the 1985 TV show Moonlighting and was present for the screen tests of the male actors in the show.

When Cybill first met Bruce, she was a little stunned by the sheer presence he brought to the camera.

Just before he got cast as David Addison on Moonlighting, Bruce was just a bartender in New Jersey. But she was not bothered by his previous profession. “I had no qualms at all [about his history],” she revealed. “Even before success, Bruce [Willis] had that chutzpah. He had that spark. He was full of himself the minute I met him, and then he simply fulfilled himself.”

She added that she and Bruce had great chemistry on set.

Cybill said: “We had the real stuff. I went to the network and did readings with, like, 17 different men. And I felt no spark with them.”

Bruce arrived like a force of nature, and before long, everything changed for Cybill. She said: “The temperature in the room went 20 degrees higher. For me, anyway.”

Unfortunately, things did not stay happy between the on-screen couple for too long.

Cybill revealed that things quickly got out of hand. Before long, they had become enemies in real life. She revealed: “It’s hard to do a show and keep your relationships with everybody. I remember at one point in the show, it had gotten to where we just hated each other.” She added: “It was a very volatile show anyway, but that’s also what made it great.”

Bruce and Cybill’s strained relationship was later detailed in the book Revenge of the Nerd, which was written by fellow Moonlighting star Curtis Armstrong.

He penned one passage describing Cybill “throwing a briefcase against a door” in a passionate fury.

Armstrong wrote in his book: “Yes, Bruce Willis and Cybill Shepard hated each other.”

He called bruce a “partier” at the time. Eventually, an on-screen argument between Bruce and Cybill turned into a real-life brawl.

He recalled: “The scene broke down and some sort of dispute began. It escalated rapidly, ending with Cybill flinging a briefcase against the door with a force that shook the set.”

Producer of the show, Jay Daniels, also backed up these argument claims.

Jay remembered the actress irritated the Die Hard star because of her shooting schedule. He explained that Cybill’s pregnancy made large changes to how Moonlighting’s shooting went. Because of this, Bruce was forced to work “longer hours”.

The producer recalled: “[We would] try to shoot her out of scenes. That made Bruce work later. So there was some resentment about that. It was a constant give and take with both of them.”

However, it seems they may have made up in recent years.

Cybill attended Bruce’s 2018 Comedy Central Roast – a TV event where a Hollywood star’s friends jovially call them out on their actions to celebrate them.

At the roast, Cybill said: “Our characters on Moonlighting weren’t much of a stretch. I played a former model, which I was, and he played an a****le, which he is. I know we haven’t had a conversation in 30 years, but we’ll always have something more important: residuals.”