The rock’n’roll legend briefly stole the show at the BRITs 2020 on ITV tonight with an unusual choice of accessory which confused viewers, as the guitar hero wore a pair of bright yellow gloves, with some viewers saying looked “ready to do the dishes”.

Ronnie Wood appeared on the stage at this year’s BRITs, clutching the award for Male Solo Artist of the Year.

The nominations in the category were Stormzy, Harry Styles, Lewis Capaldi, Dave and Michael Kiwanuka, but the conversation was less about who might win rather than what Ronnie was wearing.

As the camera moved to where Ronnie was standing, viewers’ eyes couldn’t help but be drawn to what Ronnie had on his hands.

The rock and roller had chosen to wear a bright yellow pair of gloves, which bore an uncanny resemblance to a familiar household item. 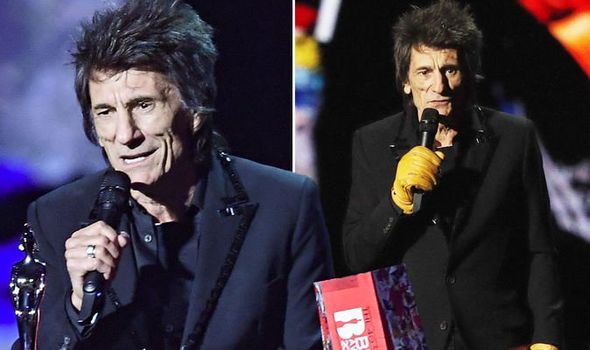 One viewer posted on Twitter: “Ronnie Wood with his marigolds ready to do the dishes.”

Another tweeted: “I am loving Ronnie Wood rocking a pair of Marigolds.”

There was another suggestion as to what his luminous finger warmers might be. 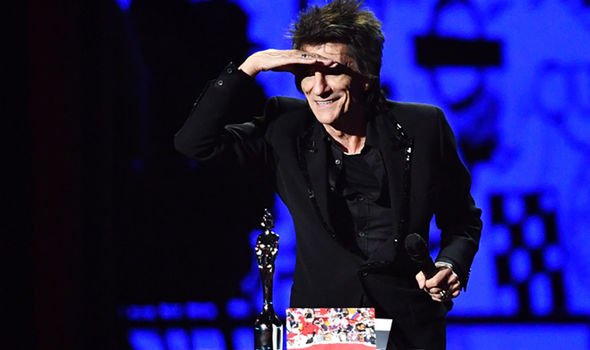 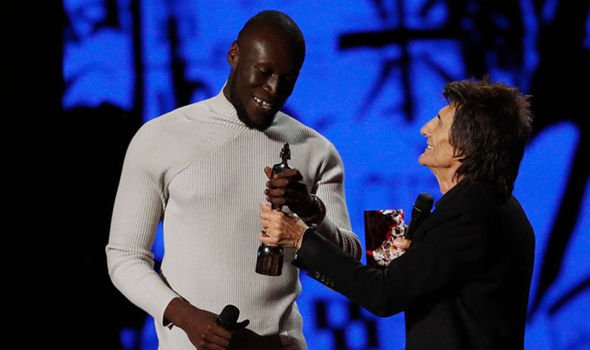 A viewer wondered if he’s a keen falconer: “Ronnie Wood is just waiting for his eagle to fly back.”

After making such a memorable entrance to the awards ceremony, the yellow gloves then made a disappearing act.

When Stormzy was announced as the winner and walked up to Ronnie to accept the award, the washing up/falconry gloves were nowhere to be seen.

A viewer on Twitter asked: “Why was Ronnie Wood wearing gloves and then not wearing them?”

The pairing of Ronnie and his yellow gloves wasn’t the only combination appreciated by viewers.

When Stormzy collected his award from the Rolling Stone, viewers were taken aback by the height difference between the two.

One viewer posted: “Ronnie Wood is like Stuart Little next to Stormzy.”

Another asked: “Is Stormzy an actual giant or is Ronnie Wood absolutely tiny?”

A third commented: “Ronnie Wood actually looks like the size of a figurine next to Stormzy, he’s huge!”

Stormzy was nominated for Best Male Solo Artist, Song of the Year, and British Album of the Year.

He had a phenomenal year, including an incendiary Glastonbury headline performance.