Queen guitarist and animal welfare activist Brian May appeared on Good Morning Britain to discuss his aversion to the culling of badgers in the UK. However, as he spoke, Alex Beresford cut off the musician as he insisted they had run out of time.

Brian spoke during Hedgehog Awareness Week, saying: “It is, and we’re very jolly about it in a way, but it’s a very serious business.

“Wildlife in Britain is not in a good state and hedgehogs are symptomatic of that. 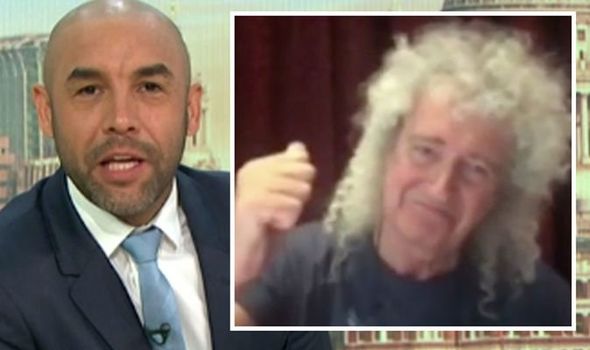 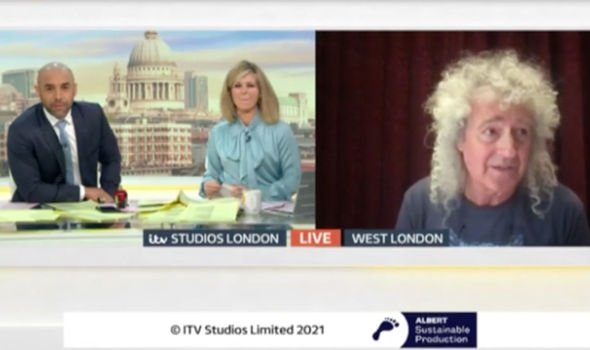 Hedgehogs are in decline and there are currently under a million hedgehogs alone in Britain’s countryside.

Brian continued: “I mean hedgehogs are seriously in danger, there were 30 million of them when I was a kid.

“There’s less than one million now because nobody cares.

“So this is about caring, it’s about awareness, particularly in schools with children.

“We have a wonderful project going with Surrey youth already, taking information sheets into the children.” 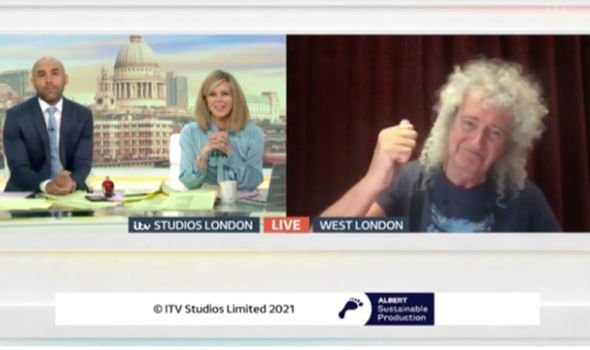 Brian continued to discuss his greatest passion, adding: “It’s about the plants and the herbs, and the feeling of being in the countryside, our vanishing wonderful British countryside, we have to start taking care of.”

However, Alex was forced to interrupt Brian during his passionate speech when they ran out of time.

He explained: “You’re so passionate,” but added: “Sorry to cut, we’re actually out of time to talk about hedgehogs,” to a slightly disheartened Brian.

Viewers on Twitter were loving Brian’s appearance on GMB and his passion for helping hedgehogs.

One user tweeted: “Love Brian May and his passion towards stopping the cull. There’s plenty of proof that the cull isn’t successful at declining bTB and quite frankly it’s just evil. #StopTheCull #GoodMorningBritain @GMB.”

A third agreed with Brian’s ideas for use of parks during COVID-19, writing: “Good idea from Brian May on Good Morning Britain today: we should still use the parks but be assigned a day of the week based on surnames!

“Such a shame for people who can’t enjoy this weather properly so this would be a good solution! #lockdown #brianmay.”

Brian has long been an activist for animal welfare and previously chose not to vote for the Conservative party due to their policies on the culling of badgers, as well as fox hunting.

May also founded the animal welfare organisation Save Me in 2010, which campaigns to end fox hunting and badger culling, as well as the cruel treatment of other animals.

He and co-founder Anne Brummer have long campaigned to support the Hunting Act in the UK.

The Hunting Act 2004 is the law which bans chasing wild mammals with dogs in England and Wales. All types of hunting animals are illegal, as they are considered cruel sports.

May is a staunch supporter of the RSPCA, the PETA UK, the League Against Cruel Sports, amongst many others.

Good Morning Britain airs weekdays on ITV at 6am.