On July 20, 1969, Neil Armstrong and Buzz Aldrin touched down at Tranquility Base, fulfilling President John F Kennedy’s goal of landing man on the Moon by the end of the Sixties. Armstrong became an overnight sensation after jumping off the lunar lander and delivering his iconic “one small step” speech to the millions watching back home, before being joined by Aldrin shortly after. Meanwhile, Michael Collins – dubbed “the loneliest man in the universe” – piloted the Command Module Columbia alone in lunar orbit for 21 hours and played a crucial role in getting them back to Earth.

And Prof Cox admitted he is still amazed by their achievement during his new BBC documentary ‘Adventures in Space and Time’.

He said: “For me, we – by which I mean the human race – are at our best when we over-achieve.

“When we do something that really, we weren’t quite capable of doing at the time.

“The Apollo Moon landings have to fall into that category. 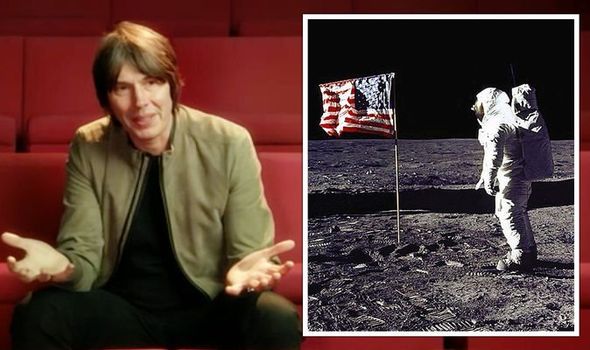 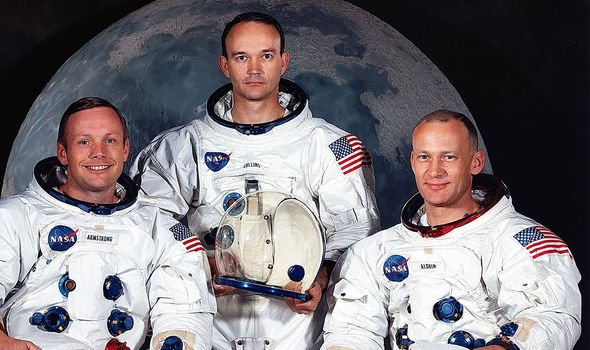 “The fact that you can navigate a quarter of a million miles through space and land on the surface of the Moon, and then take off and re-enter the Earths atmosphere with all the tremendous engineering challenges that entail.

“Aerospace, in my view, was not really ready to do that.

“I think it’s just a beautiful example of engineering overreach.”

Apollo 11 was launched by a Saturn V rocket from the Kennedy Space Centre and was the fifth crewed mission of NASA’s Apollo programme.

It had three parts – a command module (CM) with a cabin for the three astronauts, a service module (SM), which supported the command module with propulsion, electrical power, oxygen, and water, and a lunar module (LM) that was used to touch down on the Moon.

READ MORE: Michael Collins’ brilliant anecdote about looking up at Moon: ‘Woah, I went there!’ 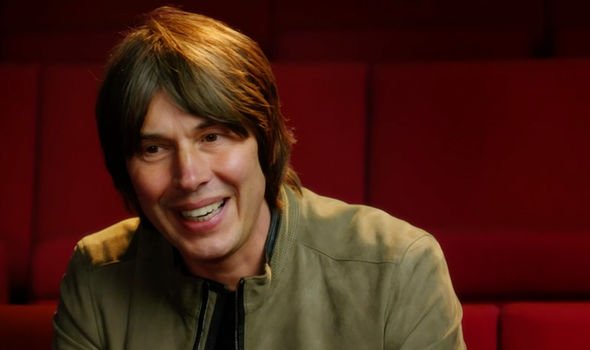 “The thing about the Saturn V is it’s just enormous by any standards.

“This is the spacecraft that took John Young, Ken Mattingly and Charlie Duke to the Moon.

“The lunar lander sat inside there, and this piece is essentially a single rocket motor that fired to take them from Earth orbit to the Moon.”

Prof Cox shared footage from when he previously walked the length of the rocket. 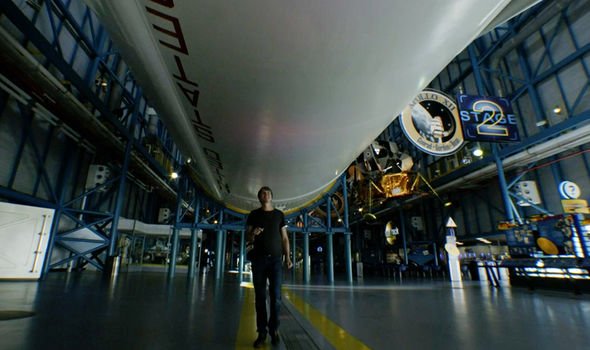 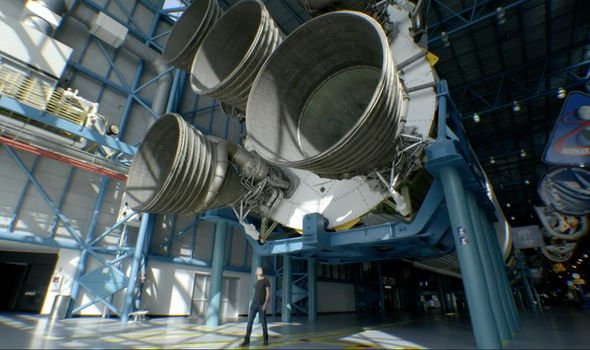 He continued “This is the 120 tonne Moon spacecraft if you like.

“But from a physics perspective, the difficulty is getting that into orbit.

“On Saturn V, that was done in two bits – this is Stage Two, and that is Stage Two’s fuel tank.

“That was this, Stage One of Saturn V – there are 2,200 tonnes of fuel in here and it burnt through that in about two-and-a-half minutes.”

The second episode of ‘Brian Cox’s Adventures in Space and Time’ will air on BBC Two at 9pm on Sunday, June 6.