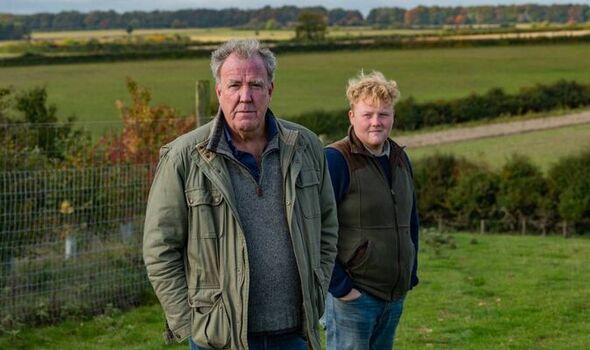 Speaking about the pressures on agriculture, given the current financial crisis in Britain, Kaleb said: “I think farmers are going to, either way, get through this and I hope they do it together. But it’s an incredibly hard industry that we’re in with everything going up in price.”

Clarkson’s Farm won plaudits for its cinematography coupled with the lovable group of staff unafraid to tell 62-year-old Clarkson when he is being useless and charted the difficulties faced by farm workers during the pandemic.

Clarkson took over the farm in 2008 and it was run by a villager.

But after the tenant retired in 2019, the TV presenter decided to see if he could run it himself – with mixed results.

On the effect the show has had on his life, Kaleb added: “It’s crazy. From three years ago, when I was just being interviewed for Clarkson’s Farm, in the bottom of the drive going, ‘What’s going on? Why are you putting that weird iPhone in my face and filming what I have to say?’.”

“Going from there to, ‘I’ve got my first book out, we’ve done series two’… it’s just crazy.”

“But dreams don’t work unless you do, do they?”

Kaleb added: “I’m a firm believer of that and as long as I can inspire some kids along the way, that’s all I want to do.”