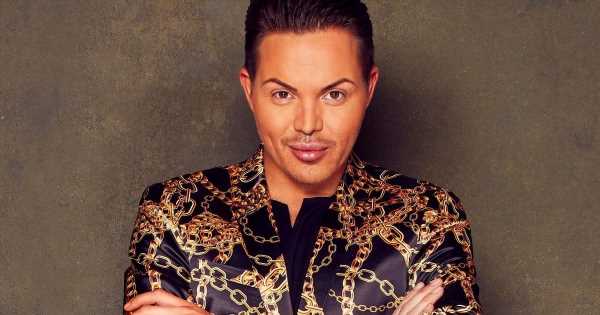 Bobby Norris has reportedly announced he is "taking a break" from The Only Way Is Essex after 10 years, following a row with his ex-boyfriend Harry Derbidge.

The 34 year old dated Harry, 26, for six months back in 2014, but split when Harry confessed to texting his ex-boyfriend.

Bobby and Harry met for a showdown during Sunday night's episode of the hit ITVBe show, with Bobby taking to social media after the episode aired to reveal he was stepping back from the show.

However, it is unclear if Bobby will go through with leaving the show as he has since deleted the post on social media.

He wrote to his 810,000 Instagram followers on Sunday night: "I am VERY sad and surprised that after 10 years the few cast members that have been around nearly as long as me have a problem in speaking up and telling the TRUTH and helping to have my back (which is a shame as I like to think that I have defended every single one of them in their various break ups and fall outs..)

"Well, NO MORE!! People's true colours have well and truly been shown tonight.. and it is with a heavy heart that I say after 10 years on the show after next weeks episode I am taking a break from @towie.

"I just cannot be on a show with my compulsive liar ex boyfriend trying to rewrite history and ruing my life as well as turning my friendship group against me [sic]."

During Sunday night's episode of the long-running reality show, Amy Childs invited both pal Bobby and cousin Harry to dinner in an attempt to resolve their issues.

She said: "I've brought you both here today because I feel like this needs to be resolved once and for all."

Harry, who is preparing to marry fiancé Dean Rowland, told Bobby: "So, for me, I'll be 100 per cent honest. I think it's strange that you two are now bezzies. I'm hearing a lot about you and…"

Bobby interjected: "What are you hearing? That we've gone furniture shopping and sniffed a couple of Yankee Candles? What part of it don't you like of our friendship? Why does it bother you?"

Harry replied: "Because we never had a good ending. We was exes, I was thrown under the bus, you done what you had to do…," to which Bobby fought back: "Harry, I don't think you can rewrite history, sweetheart.

"It's like trying to say the Titanic never sunk saying that you never cheated on me, that you only sent your ex a text. I know you cheated on me."

When asked by Harry how he "knows" he cheated, Bobby responded: "Because on one of the occasions, you were sharing a bed — and my best friend was in the bed — when you and your ex-boyfriend was in there."

TOWIE stars: Past and present

Harry defended himself, claiming he and Bobby weren't together at the time, which Bobby disagreed with.

He went on: "I definitely slept with my ex, but not whilst I was with you. Listen, I text my ex-boyfriend…," before Bobby cut him off.

Bobby addressed Amy: "Are you going to sit here and let him b******t lie like this? You know he did!," before erupting into a sweary argument with Harry.

The Only Way Is Essex airs Sundays at 9pm on ITVBe.