Black Mirror has evolved over the years after first debuting back in 2011 on Channel 4. Created by acerbic broadcaster and columnist Charlie Brooker, the anthology series served up modern parables playing on technological paranoia. Here’s a breakdown of Black Mirror 15 Million Merits and its meaning.

15 Million Merits was co-written by Brooker and his wife and former Blue Peter presenter Konnie Huq credited as Kanak Huq.

Audiences were plunged into a world where people earned credits or merits by riding on stationary bikes.

The merits were a substitute for currency and allowed people to purchase items such as toothpaste or food.

As part of this world, people lived in pods made up of screens and were forced to watch adverts transmitted on them. 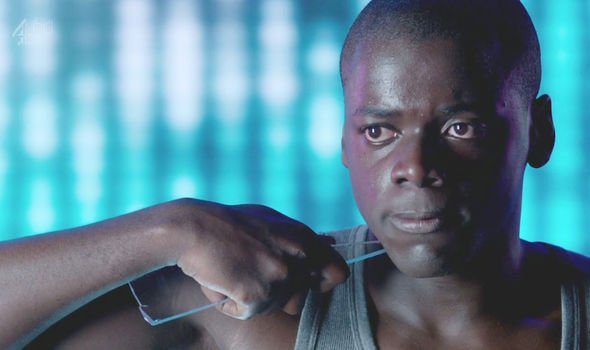 This society also condemned those deemed overweight with these individuals confined to more menial roles such as cleaners. Many ended up on humiliating reality programmes such as Fattax and Botherguts.

However, things changed for Bing when he met newcomer Abi Khan (Jessica Brown Findlay) who he took a shine to.

After hearing Abi singing in the toilets, he encouraged her to audition for Hot Shot, a reality series which could turn her into a star and perhaps allow her to leave behind a life of drudgery.

He even transferred his merits to her so she would have enough needed to pay the audition fee. Abi sang Anyone Who Knows What Love Is (Will Understand) by Irma Thomas – a recurring track in Black Mirror.

However, the audition didn’t go to plan with the judges telling her they’d already seen her level of talent and wanted something else.

Abi ended up becoming an adult star on the pornographic channel WraithBabes.

After seeing Abi becoming a WraithBabe and featuring in an ad for the programme, Bing was enraged she was pressurised by the Hot Shot judges. 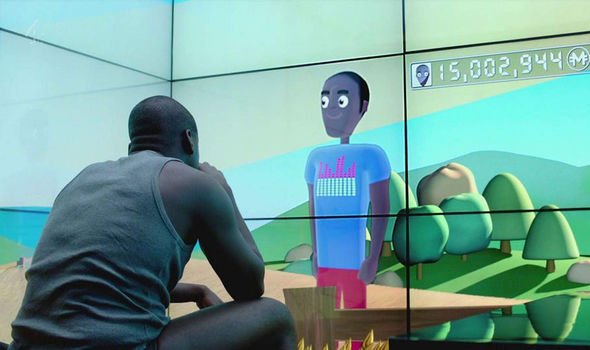 He smashed the screens in his pod and hid a shard of glass in his pillow. Bing then worked away day and night to build up his merits to appear on Hot Shot.

When he finally made it onto the programme, he threatened to kill himself live on air as he launched into a diatribe about how the show destroyed anything pure and good.

Ironically, Bing’s plan backfired with the judges loving his performance and giving him his own show and bigger living quarters with a much bigger screen than the one he had before.

Speaking about the episode, Brooker told Radio Times: “The idea came about when my wife was watching me dumbly patting at an iPad while simultaneously checking Twitter on a phone, and remarked that I’d only be truly happy if every wall in the house functioned as some form of touchscreen. 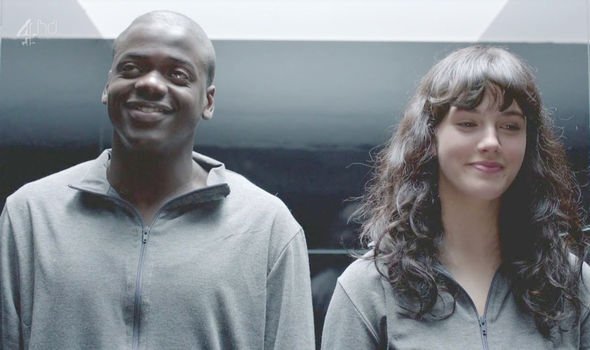 “This led to a conversation about inflight entertainment: about how the addition of a small screen spooling films into your face makes the discomfort of a long-haul flight more bearable.

“How much discomfort could you bear while being entertained? Taking that as a starting point, we sketched out an idea for a world in which permanent distraction was king, a world that steadily became more and more sinister the more details we added.”

Brooker added: “Incidentally, although the contest at the heart at the story may look familiar, the episode is not a “satire on talent shows”.

“It’s more about the tainted surrounding air Bing and Abi have no choice but to breathe: it’s about wanting something better than you currently have.”

Black Mirror season 1 to 5 are streaming on Netflix now