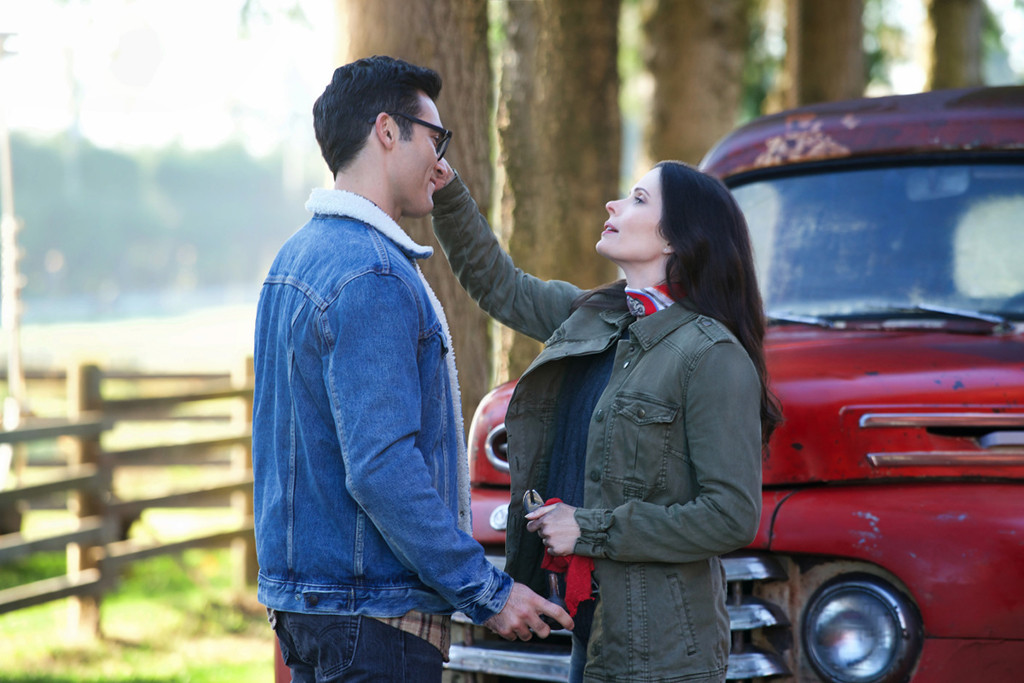 This weekend, not only will we get to see Barry Allen play the Green Arrow and Oliver Queen play The Flash, but we also get some new girl power in the Arrowverse universe.

Alongside Ruby Rose‘s debut as Batwoman, Bitsie Tulloch will finally be appearing as the iconic journalist Lois Lane, putting a face to the name Supergirl has been throwing around for years. We’ve met her sister (played by Jenna Dewan) and we’ve even met her dad, and now, no pressure at all, we finally get to meet her.

“It was a little overwhelming,” Tulloch tells E! News of taking on such an iconic character. “I was very honored.”

Tulloch has been told for most of her life that she looks like Margot Kidder, the actress best known for playing Lois Lane in the Superman films of the 1970s and 80s, alongside Christopher Reeve as Superman. Even when she first started acting, it was Kidder’s Superman screen tests she used for inspiration.

“All the actors were terrific, but it was very clear to me why Margot Kidder got that role. She just brought an energy and an enthusiasm and a sense of fun and spirit that nobody else really had,” she says, adding that she hoped she did the same when she auditioned.

Tulloch has always loved that Lois is always “giving Clark some grief.”

“She’s sassing him, but she’s having fun, like she’s always on a quest for adventure, but she really is enjoying herself in the process,” she says.

The new Lois Lane is staying pretty consistent with who the character has been since she was introduced in 1930, Tulloch says.

“One thing that has been consistent is that she’s very career-oriented. Like she has sort of these polarizing qualities, both being very ambitious, almost a little aggressive about getting a story on some level, but she’s also really feminine,” she explains. “She’s also really in love with Clark and there’s a lot of romance to her, and that’s how I wanted to play it.”

Even so, Lois Lane is a 2018 journalist, whose job is “of utmost importance to her.”

“There aren’t necessarily any references to the the fact that like, from my point of view, from Bitsie Tulloch’s point of view, journalism is under siege right now. There wasn’t anything like that, but she does have a line—without giving it away—that’s very modern, it was a very feminist response to what someone said. So I definitely think this is your 2018 Lois Lane.” 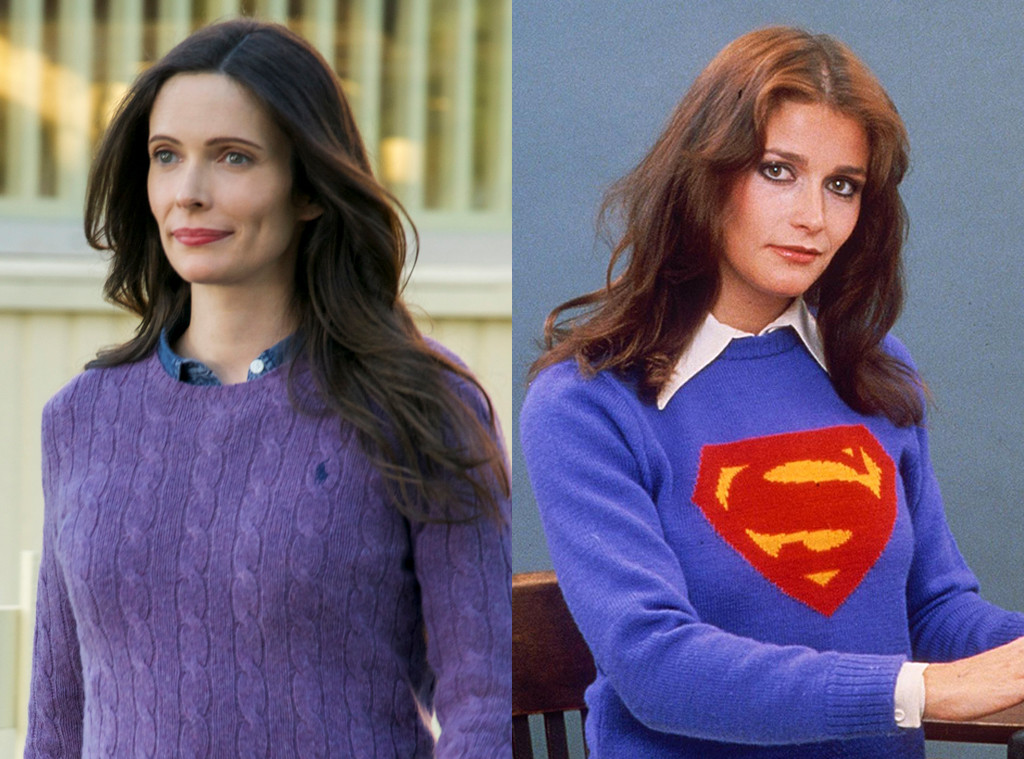 As for how Lois fits into the crossover, which sounds like it’s jam-packed with just about everything imaginable (body swaps! Gotham City! Arkham Asylum! Kent Farm!), Tulloch says nearly all of her scenes are with Clark (Tyler Hoechlin) and the three main heroes—Supergirl (Melissa Benoist), The Flash (Stephen Amell?), and the Green Arrow (Grant Gustin?).

“You’re going to see a lot of pretty sweet moments, like there’s a couple with Clark in particular where you really get an insight into why they love each other so much and why they work well together,” Tulloch teases, along with scenes that show her “almost familial” relationship with Kara.

She also reveals that Lois is “very much a part” of a huge fight sequence that closes out the crossover in the episode of Supergirl, which airs Tuesday.

“When I wasn’t filming in it, I was on the side videoing it because it looks so great,” she says.

All we’ve heard from anyone else involved in the crossover is that it’s some of the most fun they’ve ever had filming these shows, and Tulloch, who also starred on NBC’s Grimm, says that was pretty clear to her when she got to the set.

“I did a TV show for six years and we shot incredibly long hours, so I know how easy it is to, halfway through a season, just already be feeling so burned out. So my expectations were like, you know what, they might be tired..but when I got on set, I was so happy to discover that everyone was so excited about these crossovers,” she tells us. “Also for them, my impression is that this is like their little family reunion once a year when they all get to work with each other. … Everyone was really, really having a blast.”

And for anyone wondering what it was like to film with Stephen Amell and Grant Gustin wearing the wrong suits, Tulloch got used to it.

“Everyone looked really good in each other’s suits!” she claims. We still can barely look at those pictures without being too weirded out to really study them, but we’ll take her word for it til we see them in action this weekend.

The three-part Elseworlds begins with The Flash, which airs Sunday at 8 p.m. on the CW.