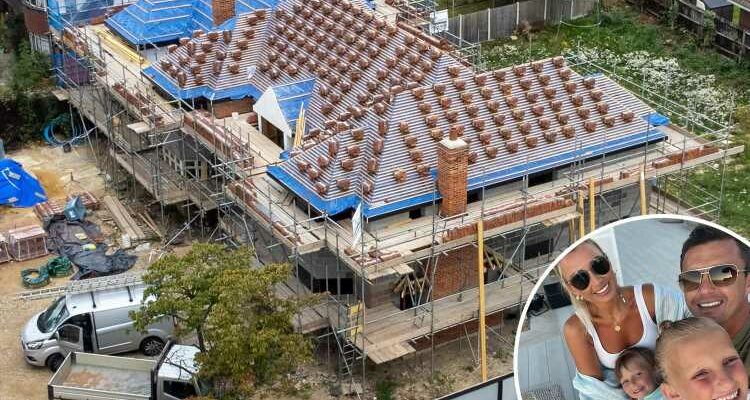 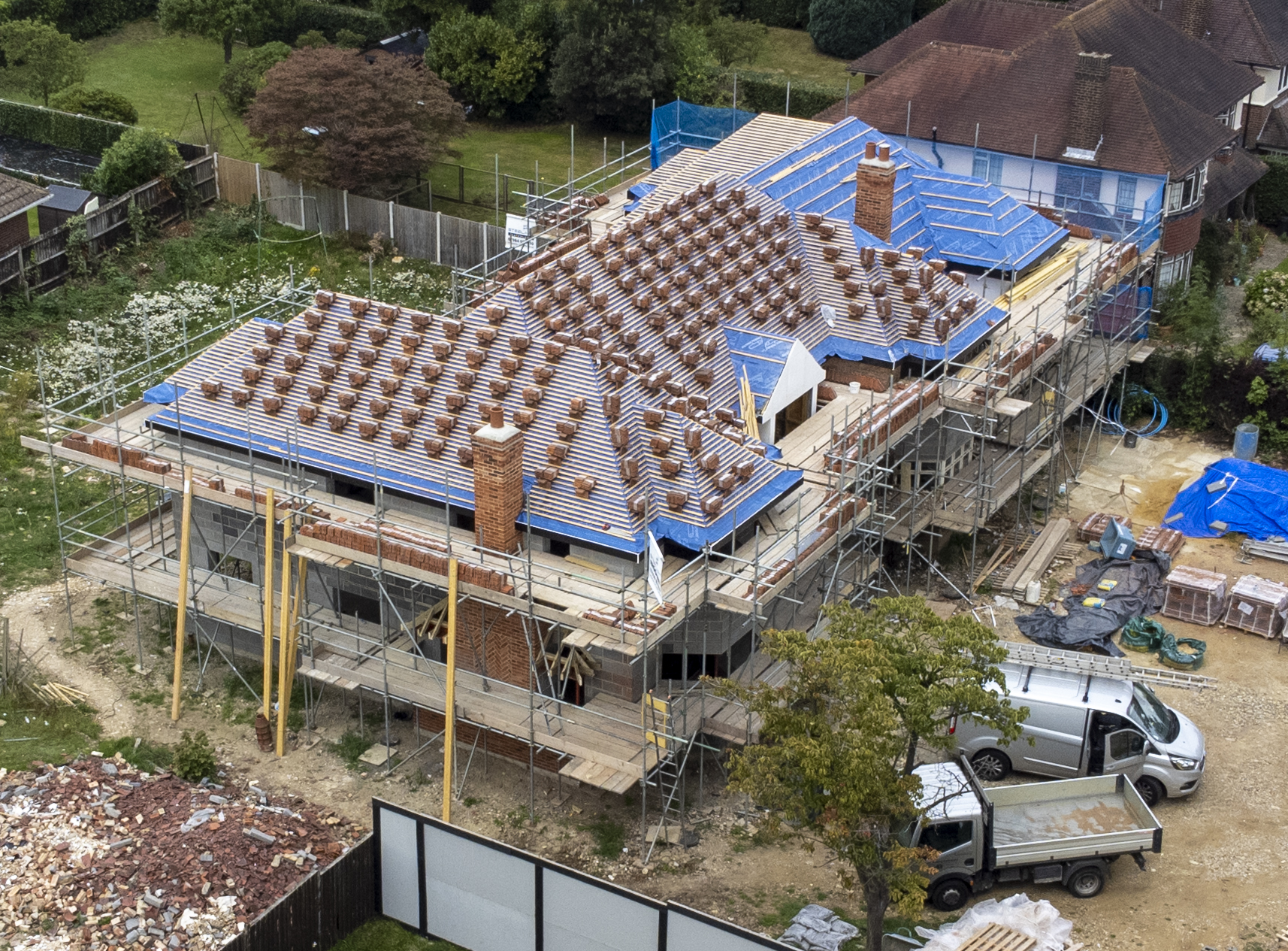 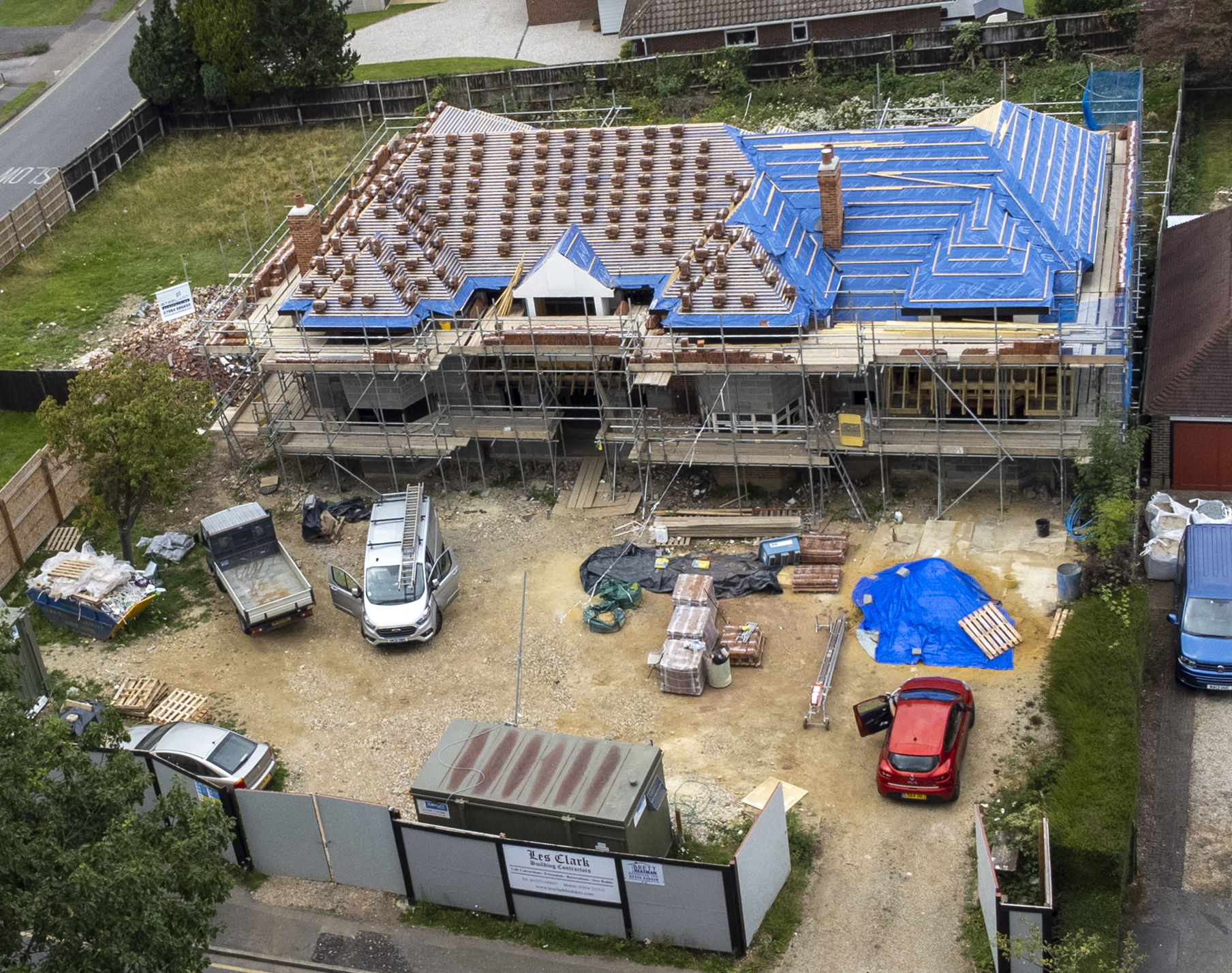 The couple – who share Nelly, seven, and Arthur, four – had plans to transform the run-down space into a five-bedroom luxury home.

But the process hasn't been easy for the pair as they were first refused planning permission after they wanted to bulldoze the whole thing down.

Luckily they were given the green light in August last year.

At the moment run-down home looks totally unrecognisable with scaffolding all over to try and finish the new roof.

Billie and Greg have also loved keeping fans up to date with what's been going on with their personal and dedicated Instagram account for their home.

Yesterday Billie shared a snap of Greg and Arthur standing in one of the rooms looking out into their garden.

In another post she shared a video of the outside of the house covered in scaffolding.

The mum-of-two told fans: "The roof tiles have started to go on."

In June 2020 Billie and Greg were refused planning permission to build their dream home in Essex after furious complaints from their next-door neighbours.

Their plans were thwarted by Brentwood Borough Council, who said that their plans are too grand.

The delegated report concluded: "Taking all matters into the planning balance the proposal cumulatively results in significant harm to the appearance and character of the area, and cannot be mitigated by the imposition of planning conditions; the proposal therefore conflicts with policy CP1 and is recommended for refusal."

They wanted all five bedrooms on the first floor and wanted to to add a two-storey side extension and single extensions to the front and rear, and completely re-landscape the outside space.

In May Billie exclusively told The Sun Online that the family will have to wait a while before they can move in.

She told us: "Yes we’re moving house. I'm gutted though as it won’t be another year before we can move in because of all the renovations.

"We are excited to get in there though, so hopefully next year as there’s still a lot to do.” 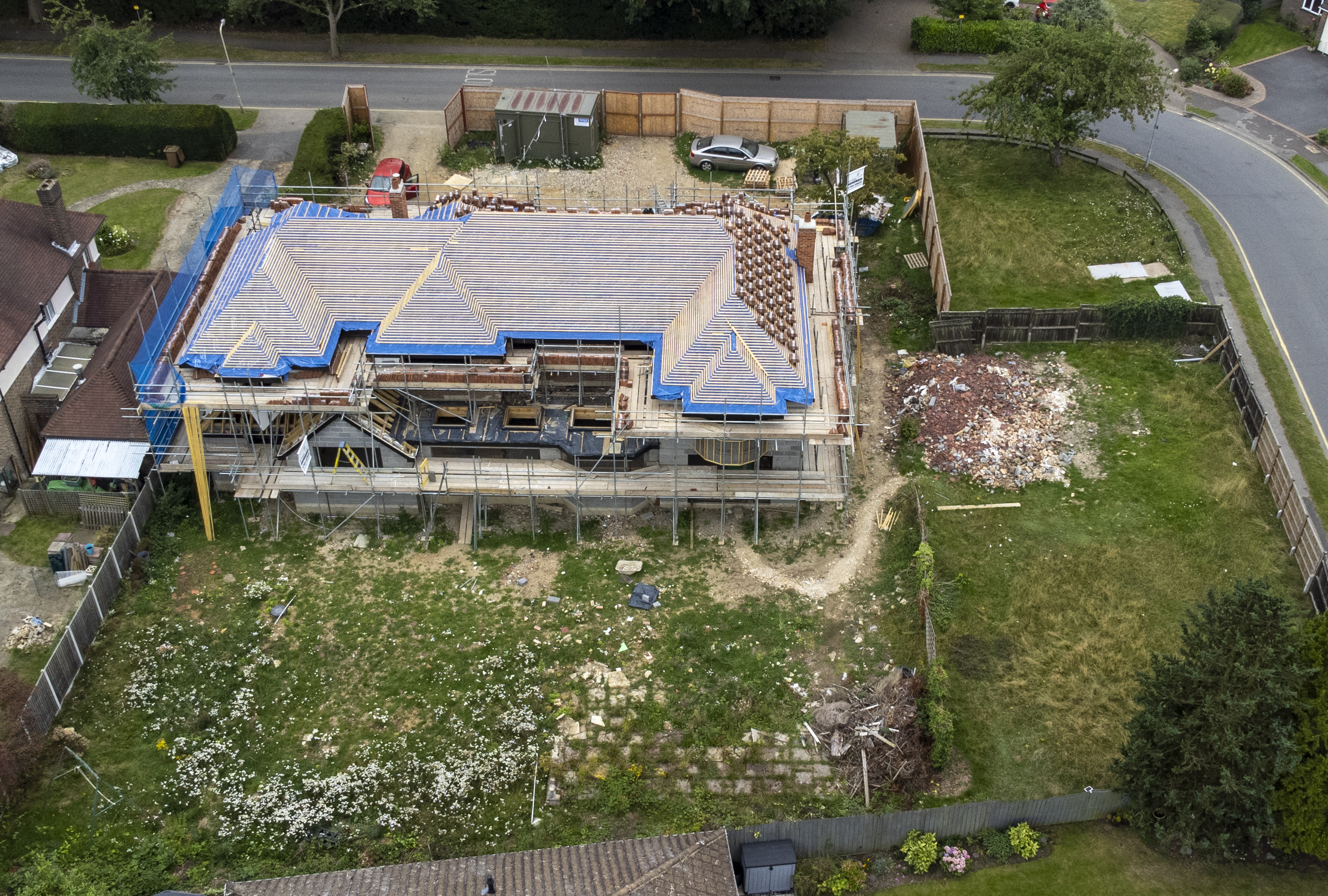 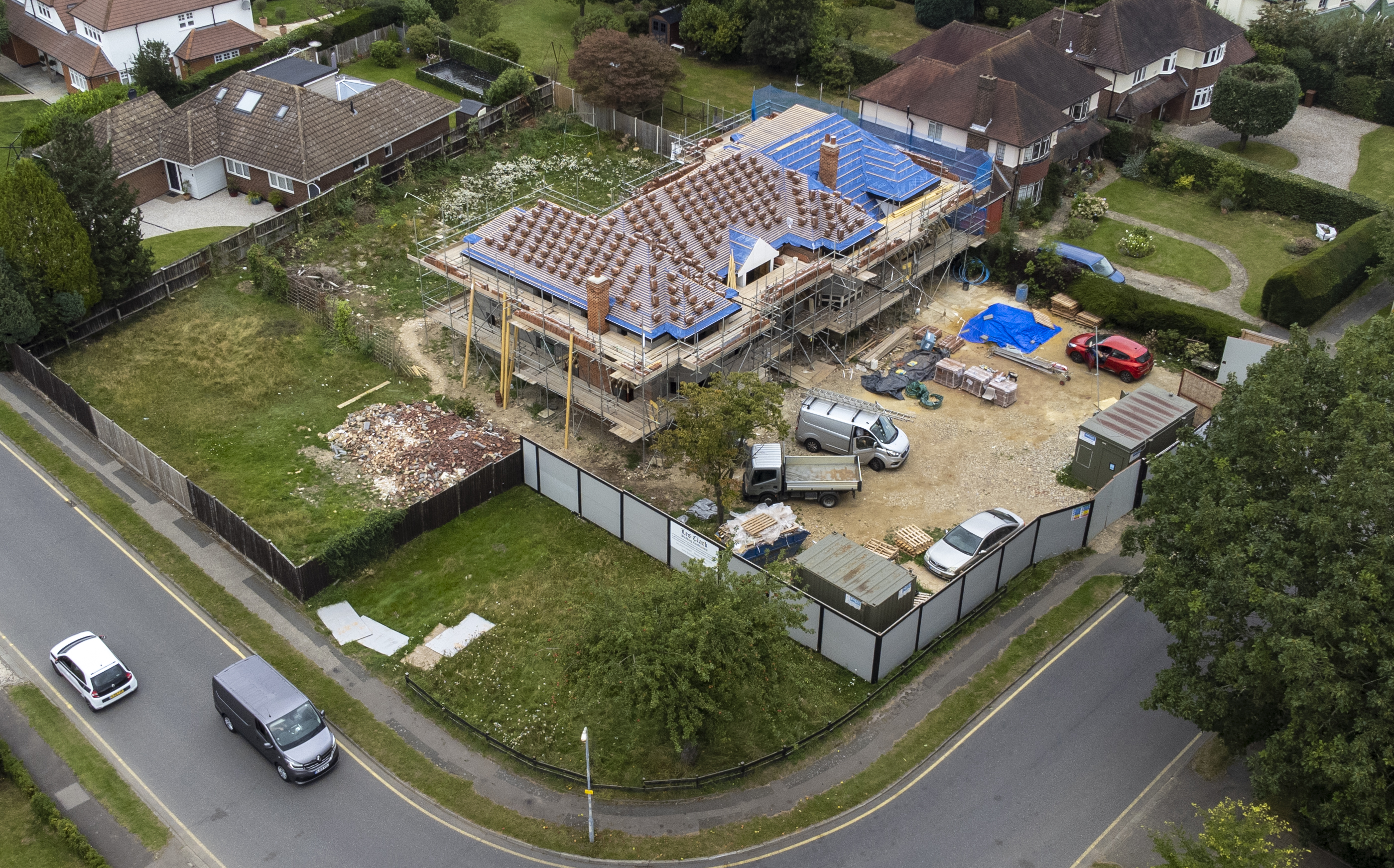 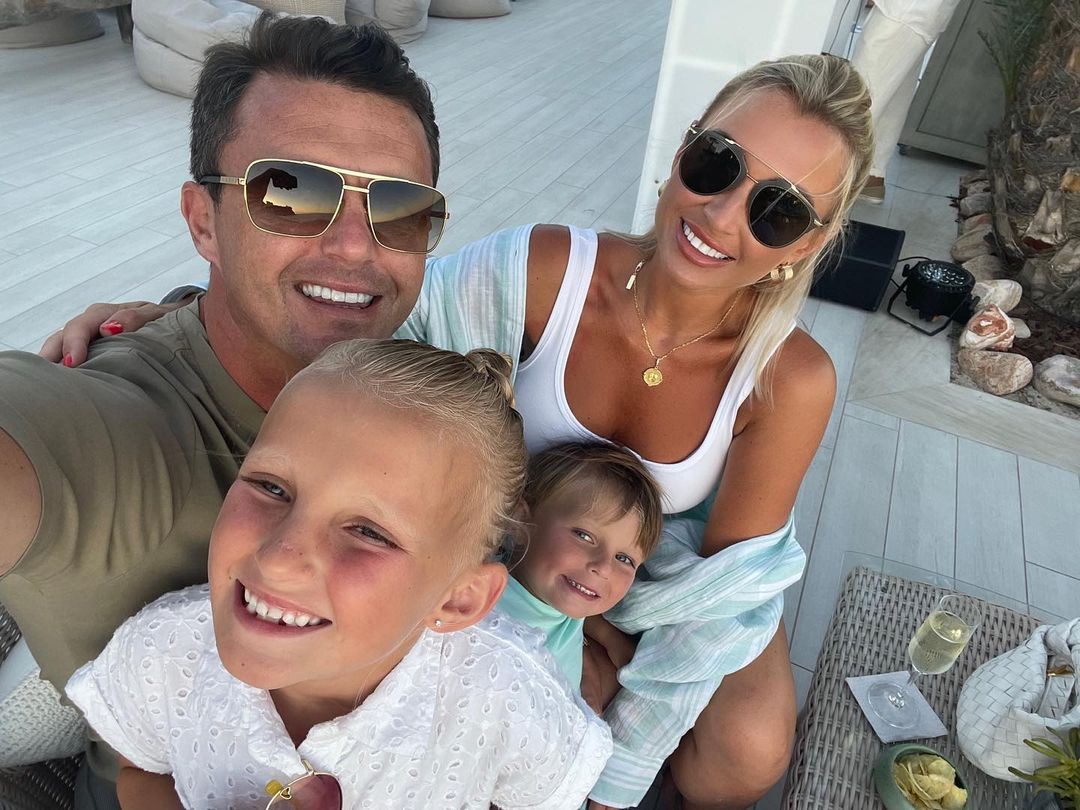