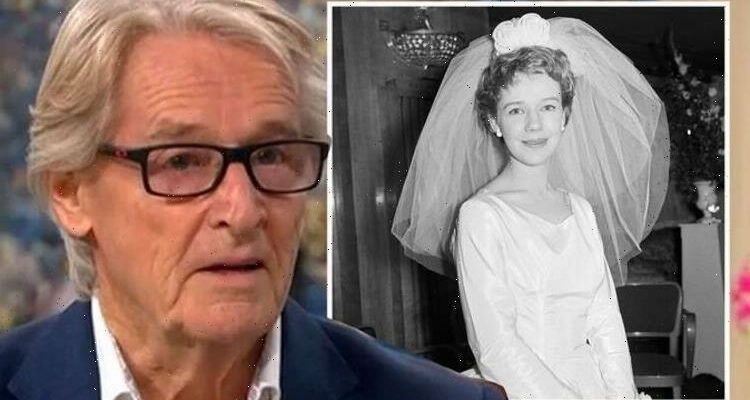 Bill continues to appear on-screen as Ken in Coronation Street, despite the coronavirus pandemic putting restrictions in place for older actors over the past two years. As one of the only characters still living in Weatherfield to have featured on the ITV soap since it first began in 1960, he has become a pillar of the programme and holds the Guinness World Record as the longest-serving television star in a continuous role. With the actor celebrating his 90th birthday next week, a lot of interest has been generated in his life away from the small screen and it seems his love life has been less dramatic than Ken’s has been over the years.

Who was Bill Roache’s first wife?

The beloved actor has only ever been married twice in his life, which is less than his alter-ego has made it down the aisle.

It was in 1961 Bill tied the knot for the first time with the actress of the stage and screen, Anna Cropper, and the pair were man and wife for a fair few years.

Anna’s career ran for more than three decades, with her first role being Chrysalis in the television drama, The Insect Play in 1960.

An episode of Midsomer Murders entitled Death’s Shadow was reportedly when she featured in her last role before her death eight years later in 2007.

At the age of 68-years-old, she died of a heart attack at her home in West Sussex, which came 33 years after she got divorced from Bill.

For 13 years the actor and actress were married and they had two children together, a son called Linus Roache who is also an actor and a daughter named Vanya Roache.

It was during an interview in 2010 Bill spoke about the breakdown of his first marriage and he explained it was his fault.

Speaking candidly three years after Anna’s death, the soap star said he cheated on the mother of his children by sleeping with fans of the show.

Bill commented: “Temptation is lurking around the corner because so much is on offer to you. It was nobody else’s fault.

“No one forced me to do what I did, and I still regret the way I behaved and ultimately what it did to my marriage.”

Bill continued in his interview with News of the World: “I wasn’t strong enough to resist the opportunities.

“I succumbed to my weaknesses and because of this indulged in things like affairs which I am certainly not proud of.”

Anna never spoke about her marriage to Bill with the media but it wasn’t too long after the couple’s divorce did the soap star tied the knot again.

This time, he married Sara McEwan Mottram four years later in 1978 and they were married until she unexpectedly died in 2009.

Sara was the mother of his other three children; Verity Roache, James Roache and Edwina Roache.

His late wife’s death hit the actor particularly hard as it happened suddenly, with no warning and she was only 58-years-old.

Recalling Sara’s passing, Bill explained: “Of course, it was unthinkable that Sara would die first.

“Sara was going to live to a strong old age. In fact, because she was 17-and-a-half years younger than me, I’d been beginning to get worried about providing for her when I was gone.

“I’d started to move my pensions over to her. We would even joke that she would become bad-tempered having to push me around in a wheelchair.

“There are moments when I think Sara will walk into the room. I think that if I ring her mobile she will answer,” he said.

“I can count on the fingers of one hand the number of days we spent apart,” he continued in an interview with The Daily Mail.

“I would always drive home after engagements even if I didn’t get back until the early hours. She was always there.”

With his 90th birthday approaching, ITV has commissioned a documentary to celebrate the life of the iconic soap star.

As well as delving into his life both on and off-screen, there are a few surprises along the way for the acclaimed actor.

One being his reunion with actress of the stage and screen, Anne Reid, who played his first wife Valrie Baldwin on the show.

The pair got married in 1962 and just nine years later, their marriage came to an end when Valerie tragically died as a result of an electric shock.

Meeting in the Rovers Return for his birthday, Bill spoke about the best moment of filming the documentary, stating: “Without a doubt meeting up with Anne Reid again after all those years.

“She played my wife in Coronation Street for eight years and I was very sad when she chose to leave.

“When Valerie died she was due to meet Ken at the Rovers so when she walked through the doors finally 52 years later it was a lovely moment, we both just started laughing.

“It was beautiful to see her again, to me she looks no different.”