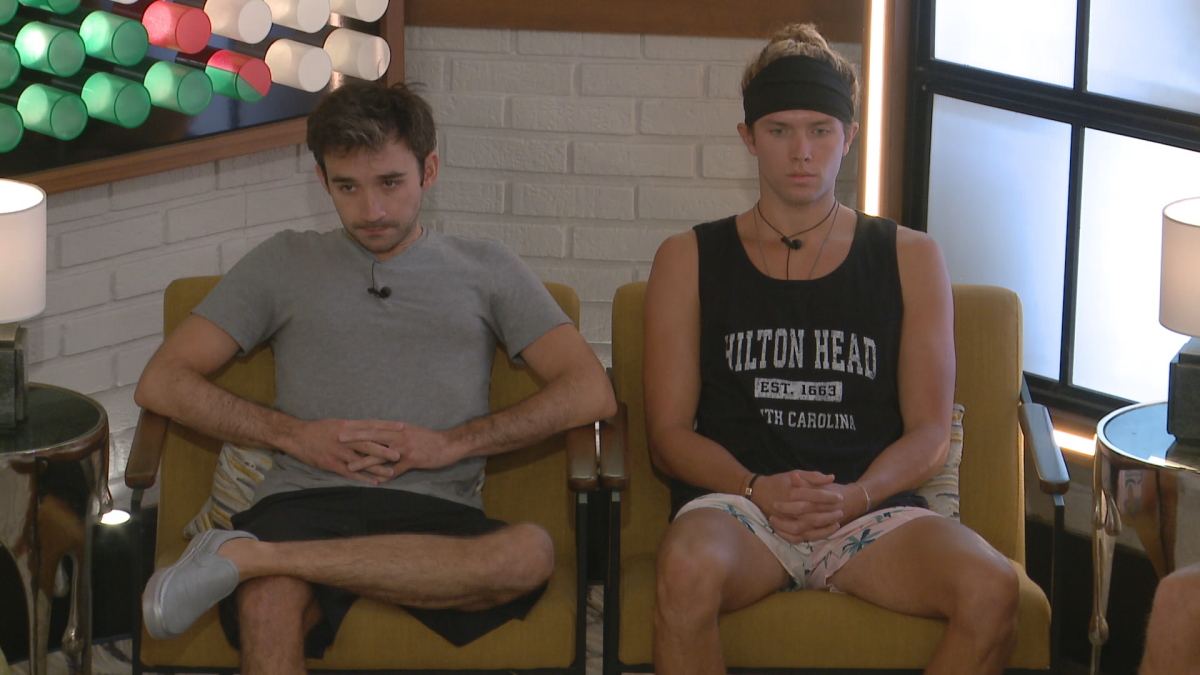 Big Brother live feed spoilers give a good indication of how the BB22 cast is going to vote at the Eviction Ceremony this week.

There are eight houseguests who get to vote in Week 6 and they are Christmas Abbott, David Alexander, Cody Calafiore, Nicole Franzel, Memphis Garrett, Da’Vonne Rogers, Kevin Campbell, and Enzo Palumbo.

Head of Household Daniele Donato finished the week with Tyler Crispen and Ian Terry on the block, with David using a BB Basement power to get off the block and Da’Vonne saving Kevin with the Power of Veto.

Now, it comes down to a house vote between Tyler and Ian on Thursday night. One of them is going to become the first member of the BB22 jury.

Who gets evicted on Big Brother All-Stars this week?

As it stands, Christmas, Cody, David, Enzo, and Memphis are ready to vote Ian out. Nicole seems pretty adamant about voting in support of Ian due to her final two deal with him. That means she will likely vote against Tyler, but only if the vote is one-sided enough to not force Dani to break the tie.

Da’Vonne and Kevin are on the other side of the equation. They would like to find a way to vote out Tyler, but they are starting to realize that the numbers are just not there. This makes it possible that they could just side with the house and vote out Ian.

It’s entirely possible that Ian could get sent to the BB22 jury on an 8-0 vote. People continue to be very worried about voting against the house, so that could cause everyone to fall in line behind what Dani wanted this week.

Could the votes shift ahead of Eviction Ceremony?

Enzo Palumbo figured out a pre-game alliance in the house. He has the ammunition to flip the vote, but he likely won’t act on it this week. He continues to speak about how he is going to make huge moves in the game, but Enzo has yet to actually follow through on any of those promises.

Daniele is also concerned about an argument she had with Ian in the HOH Room. Ian has told her that if he is sent to the BB22 jury house that he will not vote for her to win the season. This was after she promised him that he was safe for the week and ended up targeting him for eviction.

David still wants to support Tyler – seemingly no matter what. Would he still feel that way if he saw the video of Tyler and Cody comparing him to O.J. Simpson? Probably not. But, for now, David is ready to continue supporting Tyler.

Though the vote could shift to a 5-3 or 6-2 total, it seems very clear that Ian Terry is going to become the first member of the BB22 jury. Some houseguests feel a Double Eviction is taking place this week, but it seems unlikely to happen without producers letting the CBS viewers know in advance.