Big Brother returned once again to top primetime ratings on Wednesday. The CBS reality series came back slightly down from its previous episode earning a 0.9 rating in the 18-49 demo and 3.63 million viewers, per fast affliates. Last night’s episode was down one tenth in demo rating and approximately 6% from the previous episode on Sunday, but still made it as Wednesday’s highest-rated program.

America’s Got Talent has consistently topped primetime, but Wednesday’s episode saw a 16% drop in viewers and a two tenths dip in demo rating from the previous night’s two-hour episode. Up against  the reigning titles were MasterChef on Fox (0.6, 2.31M), which ran for two hours, Press Your Luck on ABC (0.4, 3.01M) and Riverdale on the CW (0.1, 0.52M). The CW teen drama stayed steady with its previous week (0.1, .53M).

Closing off the evening as the 10 p.m. slot’s highest-rated and most-watched program was Chicago Med on Fox. ABC’s Superstar,  which returned to feature John Ritter, matched CBS’ 48 Hours in ratings but topped the latter in viewership.

See the chart below for more information about Wednesday’s ratings. 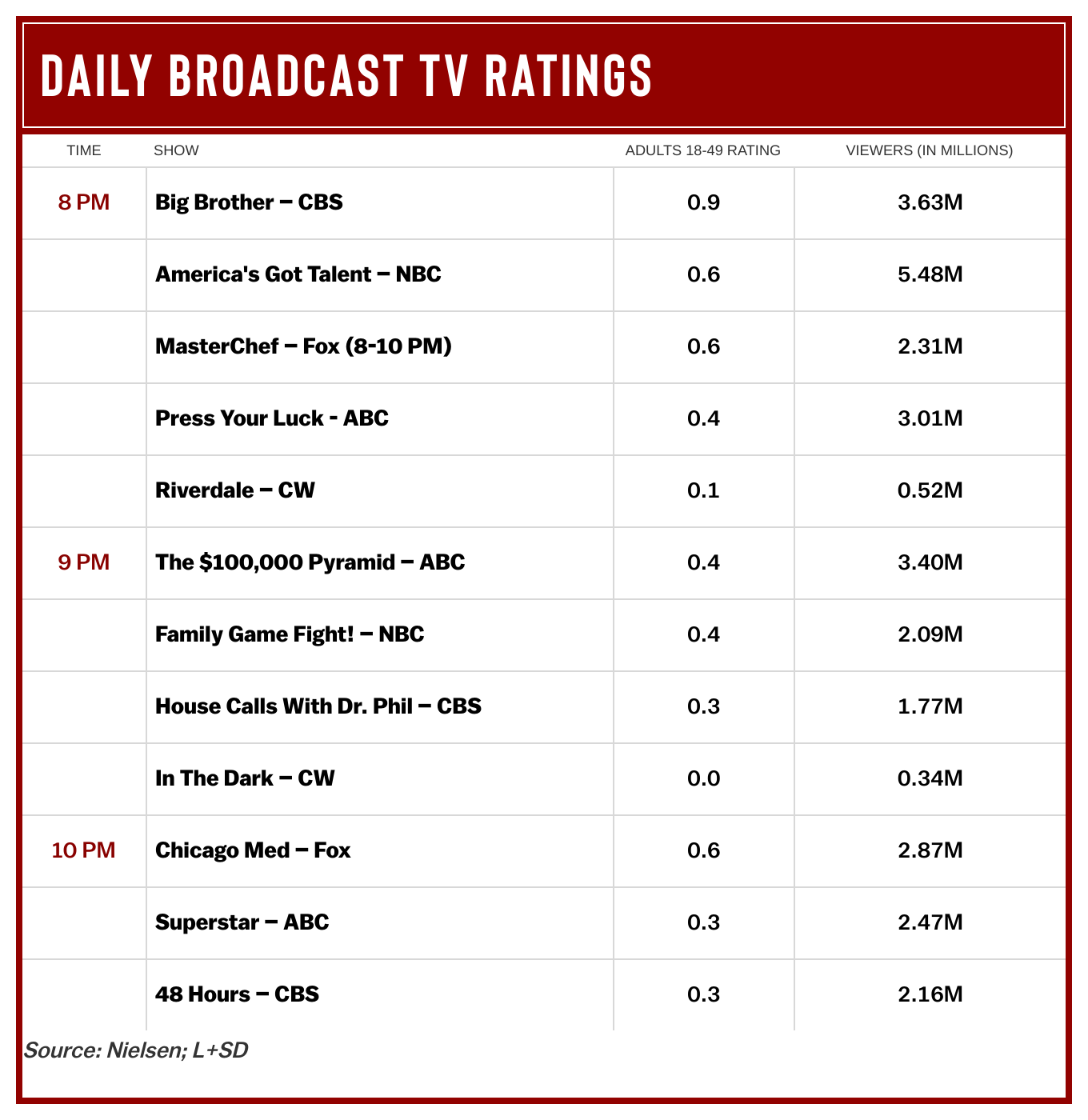