The ITV presenter was chatting to contestants Dawn and Selena, with the former having suffered a nail-biting fail which saw her hand the advantage to her competitor. 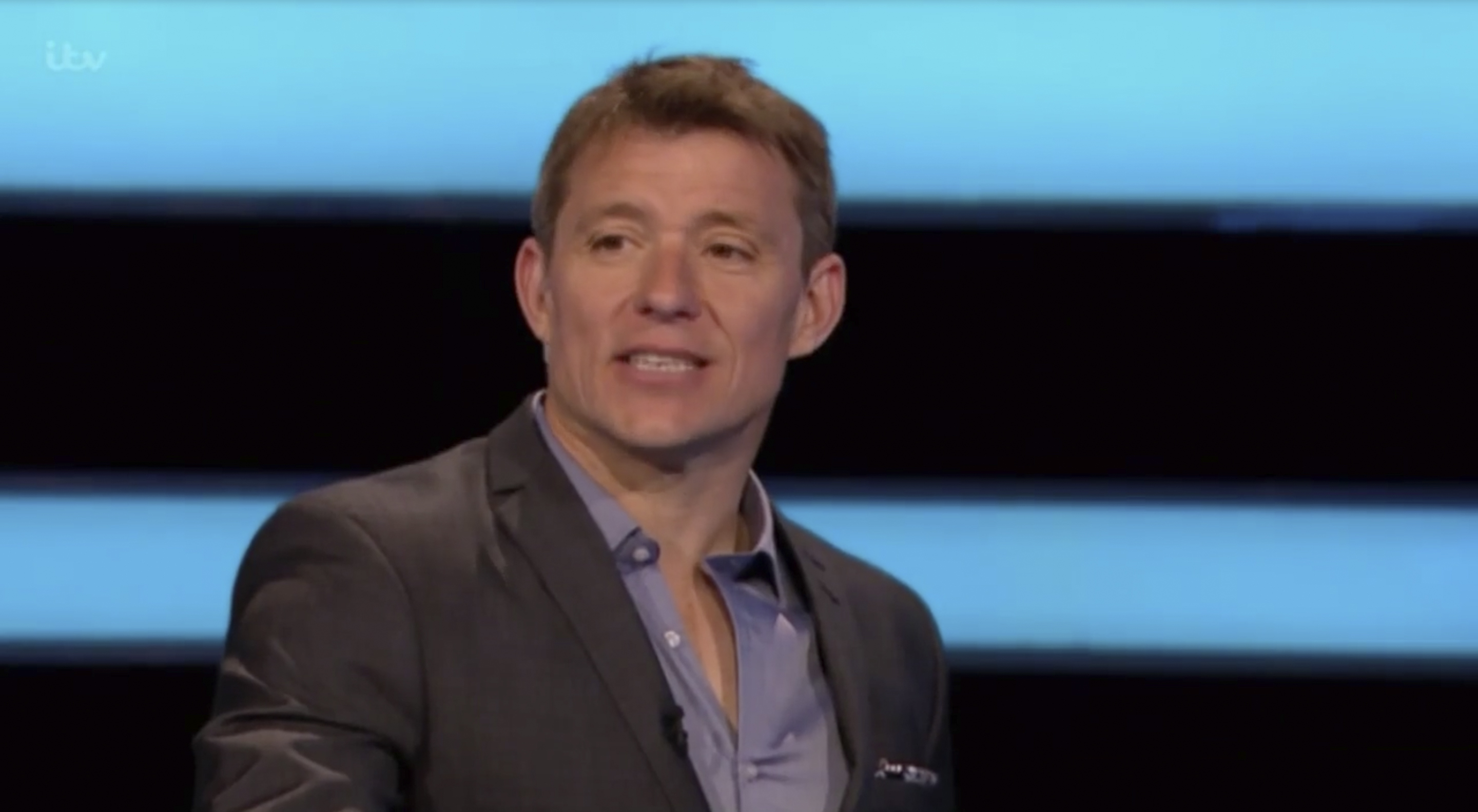 Dawn smiled and said: "I've lined it up perfectly for you my dear," to which Ben, 46, uttered the surprising remark: "That is beautifully set up.

"That is a seriously well hung shelf now," as Selena continued to laugh.

He continued: "And it's all in your hands now Selena.

"All you need to do is get this counter – time for your second question." 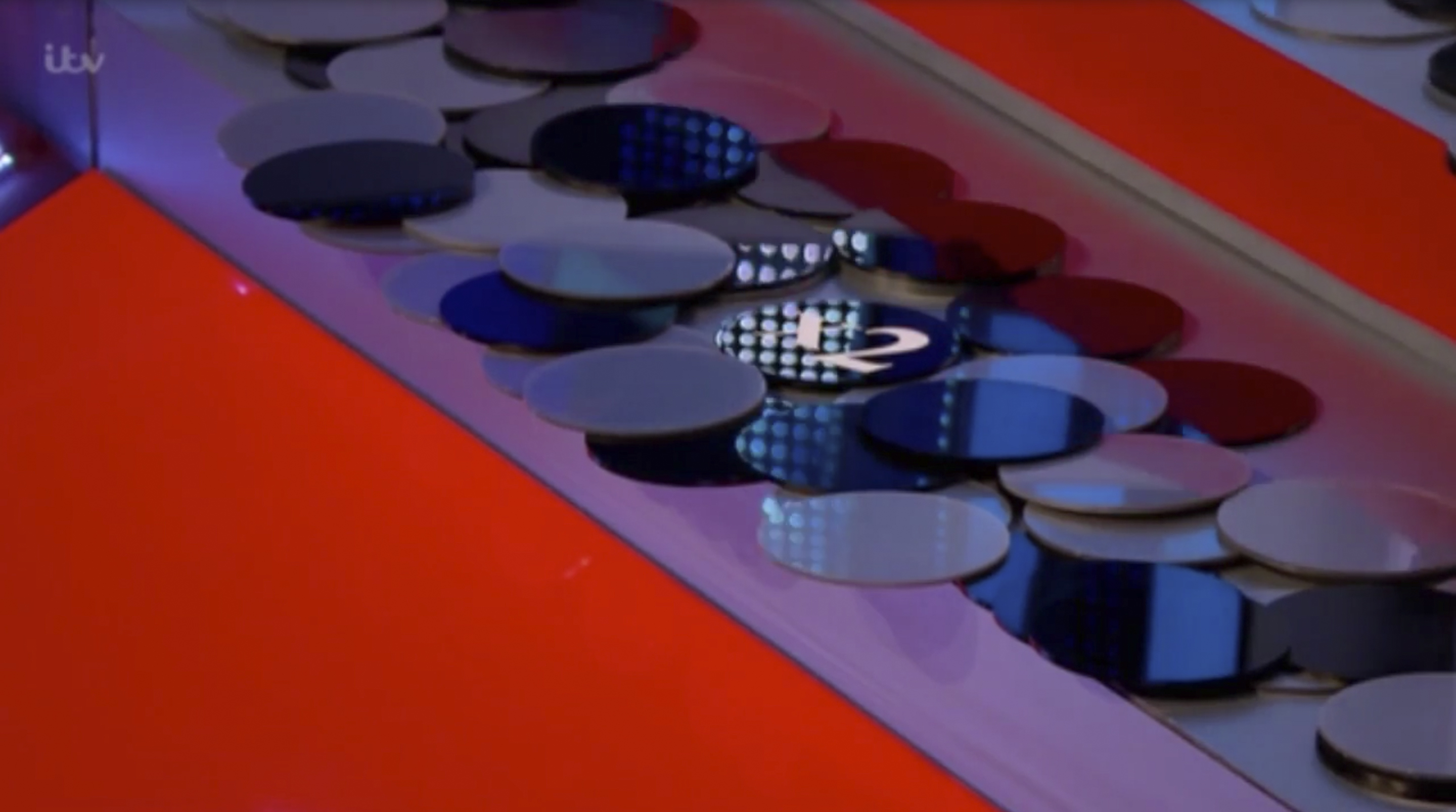 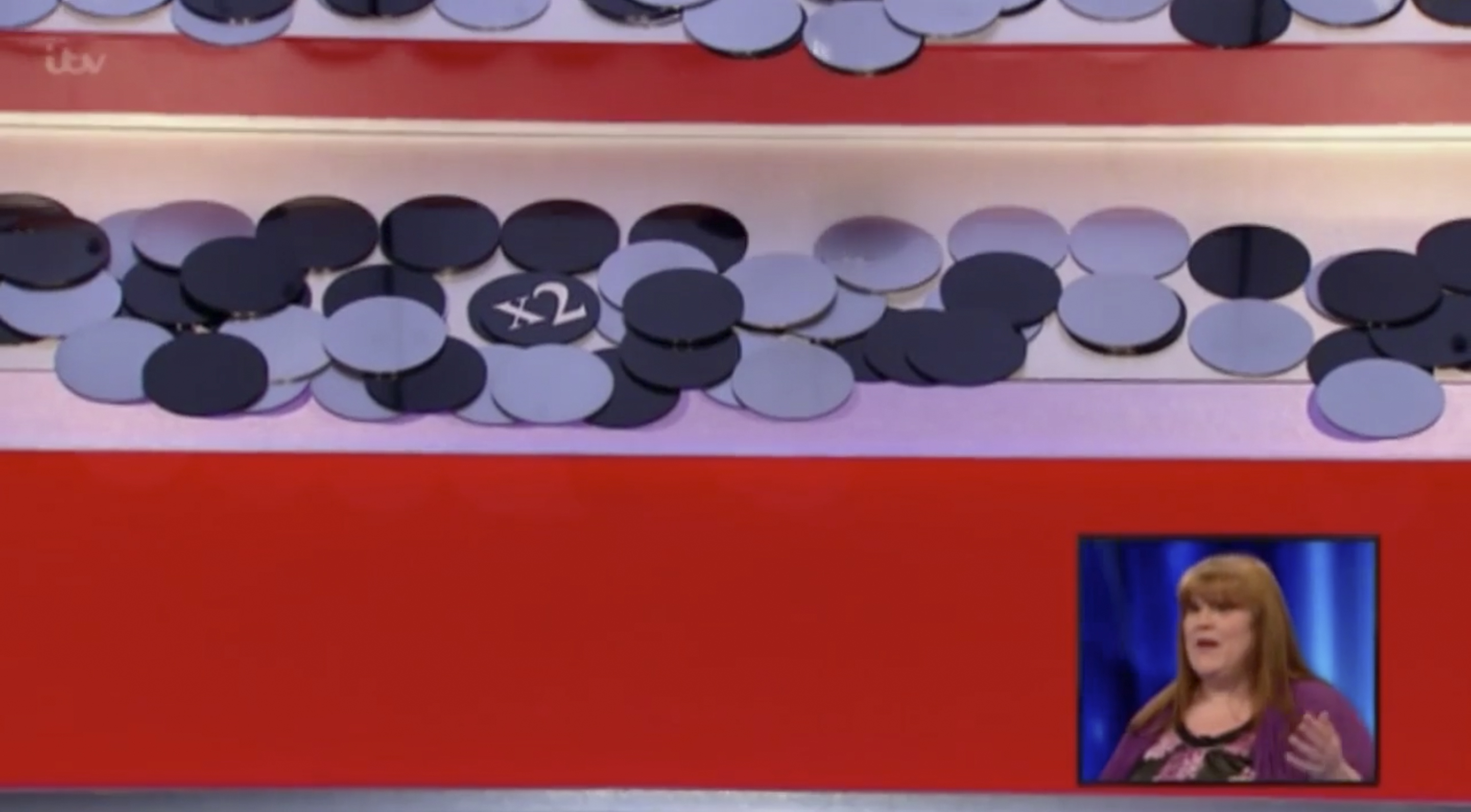 One took to Twitter to squeal: "Ooohh well hung! Ben you're on one today."

A third then wrote: "Thats a well hung shelf!! #tippingpoint." 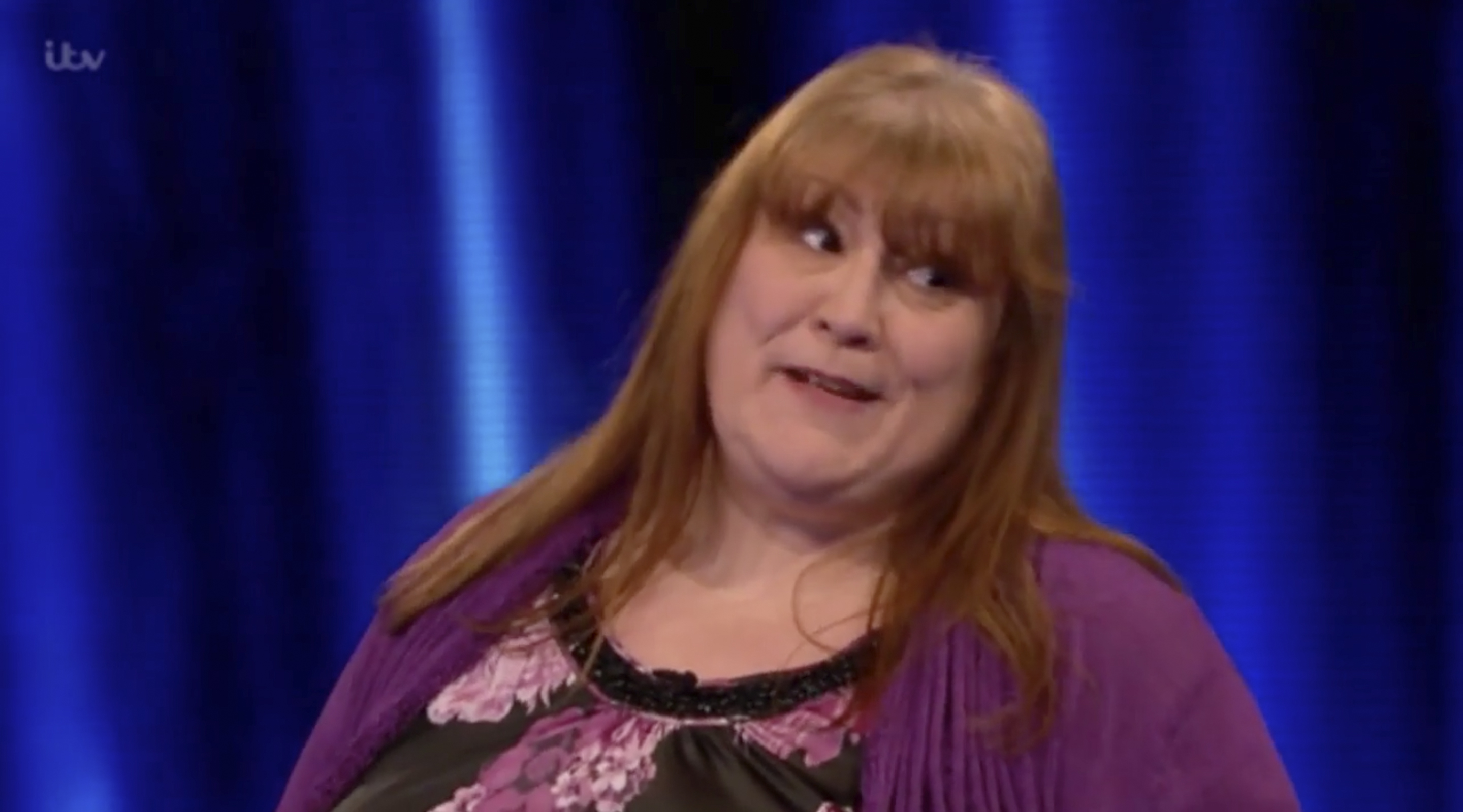 Previously Ben was forced to defend scoffing at a Tipping Point contestant after a nightmare round.

When Ben asked what the 'P' in 'SPF' stood for, Paul didn't know and said "Pass" to move on to the next question.

Ben struggled to contain his laughter as he carried on with the round, but once the questions were finished he felt the need to defend himself. 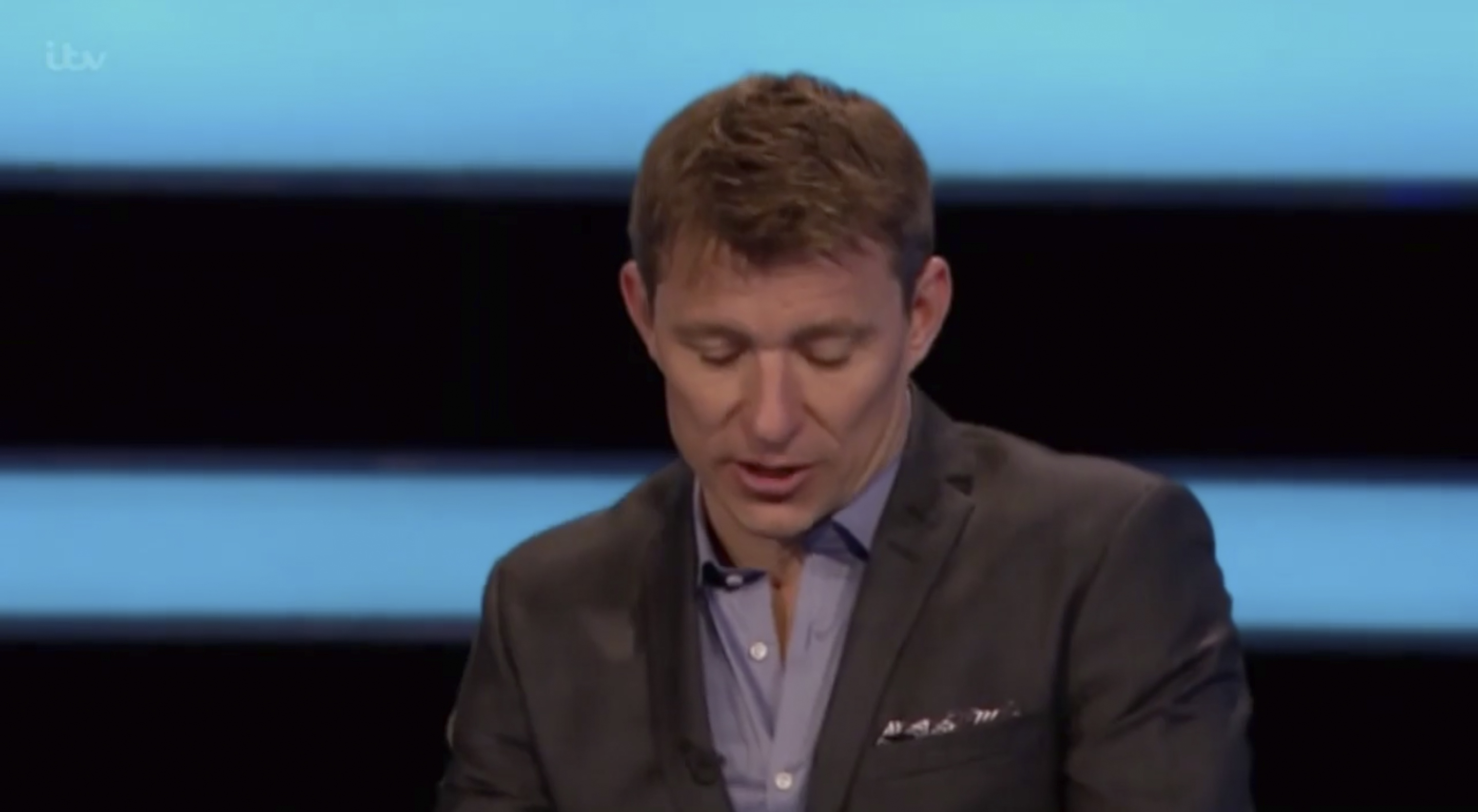 He told Paul: "I only laughed because you said pass."

Ben mistook Paul saying "pass" as his answer and said: "No, it's not pass. Protection."

Viewers took to Twitter to comment on the moment, with one writing: "I don’t think his answer was pass Ben. He’d have been better off answering f*** knows! #tippingpoint."

Others made the same mistake as Ben, with one tweeting: "SPF stands for Sun PASS Factor, Paul?! #TippingPoint." 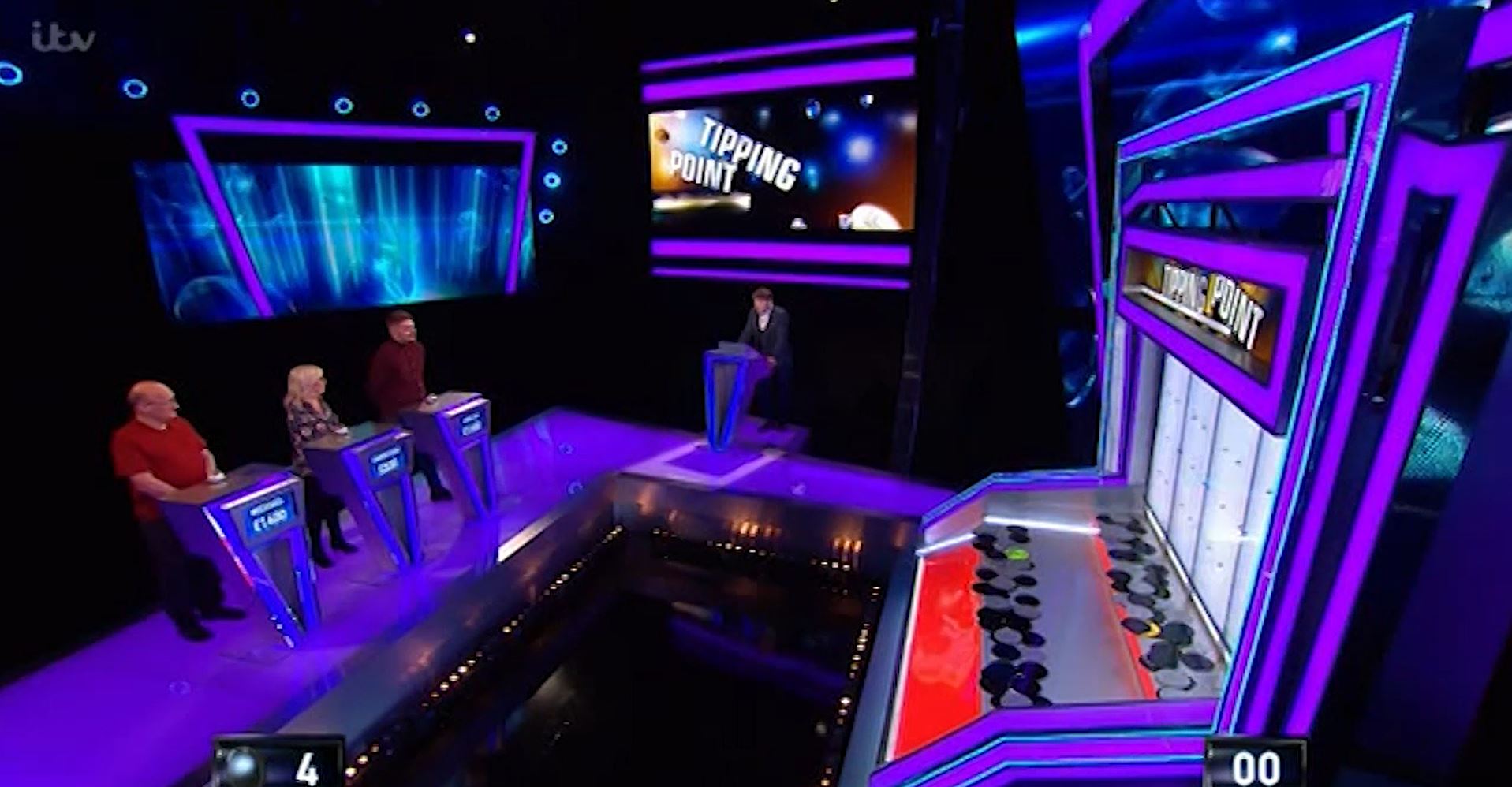 Tipping Point viewers recently complained that contestants breezed through with the "easiest questions on any game show".

Contestant Richard managed to get five questions correct before running out of time – but fans were quick to point out an incredibly easy question about the alphabet.

Ben asked Richard: "What is the penultimate letter of the English alphabet?"

Richard of course answered "Y" – which led to many fans to complain about how easy the question was.