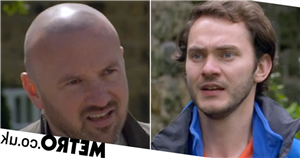 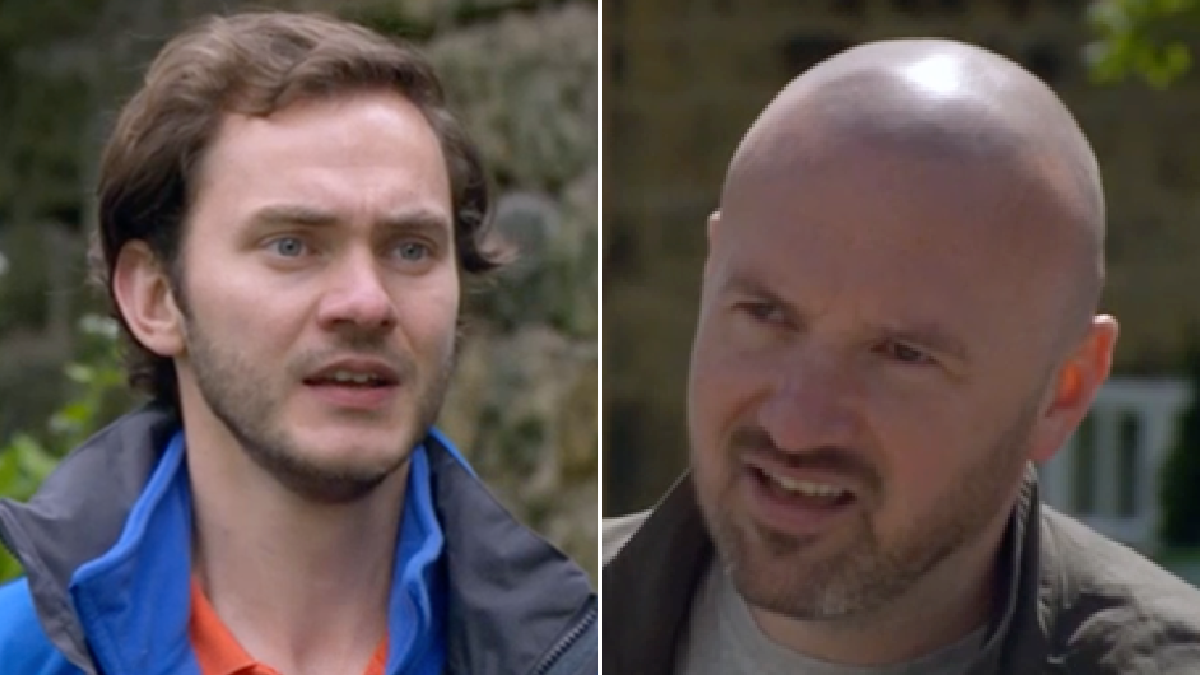 Ben Tucker’s (Simon Lennon) big secret was revealed during tonight’s edition of Emmerdale, as his alcoholic dad Warren (Steve Marsh) showed up at HOP and caused a scene.

The young man, who is currently dating Aaron Dingle (Danny Miller), had been incredibly secretive about his place of residence, and this mysterious flatmate who he lives with.

Last night’s double-bill of the serial drama saw some degree of the truth exposed, as Aaron discovered that his beau had been lying about where he lives.

Ben claimed that his reason for doing so was because his place is a ‘dive,’ and therefore he felt embarrassed, but viewers soon learned that he was sleeping in the kayak shed.

The reason why was then revealed in tonight’s episode of the ITV soap, as Ben’s dad Warren, who’s an alcoholic, showed up at HOP, demanding to speak to his son.

Aaron and Liv Flaherty (Isobel Steele), who were there for a meal, set their sights upon the drunk and abusive man, with Liv recognising him as the same bloke she spotted Ben with at Pride.

Ben soon arrived and berated Warren for ruining everything for him, but the older man proceeded to make light of the situation, insulting his son and using homophobic language, which riled Aaron up.

Ben, emotional, took his dad back home, revealing that he’d moved out because he couldn’t take his alcoholism anymore.

With Aaron now knowing where his boyfriend lives, he followed him home, and watched an aggressive exchange between the father and son duo, after Ben had his wallet nicked by his dad.

Aaron, shocked to learn that he’d been staying in the kayak shed, told Ben that he’s welcome to stay at his, before extending his hand to him to lead him home.