Three crew members on Below Deck Sailing Yacht decided to go for a late-night drunken swim, which likely lands them in hot water with Captain Glenn Shephard.

And while this season posed unique challenges, especially when it came to the crew’s night off, mixing alcohol and the ocean is dangerous. Chef Ben Robinson from Below Deck and Below Deck Mediterranean recalled how he almost died when he simply returned to the boat after a night of drinking. 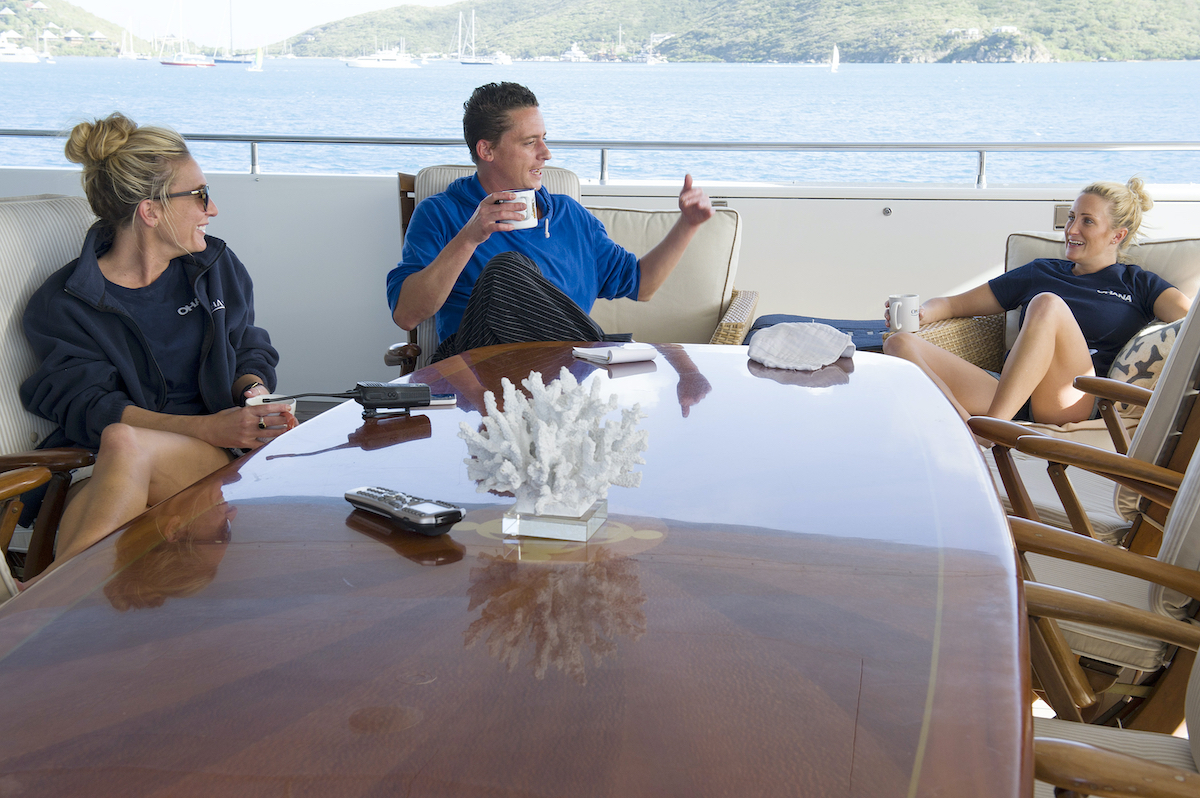 Chef Ben had a near-death experience

“I have been that drunk on a boat,” he said. “I was in Nantucket and we had one of those periscopic gangways. And I guess the tide had come down. So it’s now way beneath the dock.” A periscopic gangway retracts so it is springy.

“I didn’t even think about it, I just hopped onto the gangway,” he said about trying to get back on board the boat. Thankfully Robinson’s friend was there to grab him. “Next minute I was in the water. I kind of came to the top and my friend Mickey had his arm out to catch me.”

“He made quite a big deal about it,” he added. “He was like, ‘Ben I had a friend that did that and hit his head on the way down. And he was unconscious.’ And it was bad. So I’m always reminded of that incident.”

Captain Lee Rosbach from Below Deck kicked off a guest after she became drunk at dinner and insisted on going swimming at night. Charter guest Delores Flora not only went swimming when Rosbach told her not to, but she also mocked him from the water.

“Delores diving into the water is the ultimate f**k you to the captain,” Rosbach said in a confessional. Rosbach angrily told the rest of the guests their charter had ended as a result of Flora’s actions. But he reconsidered the next day and only Flora left the boat.

Rosbach was also angry when his friend Steve Bradley insisted on riding the jet ski drunk and without a life jacket during season 6. “It’s hard to have a good time when you’re dead,” Rosbach said, Vulture recounts.

How does Shephard ultimately react when he learns his crew were drunk and swimming at night? Stay tuned. Below Deck Sailing Yacht is on Monday at 9/8c on Bravo.