However, the show is making a bit of a change over the next week as two of its main stars, George and Michael, were away for the latest installment.

While it isn’t clear whether both will be gone for an extended period of time and for what reason, the show did introduce one of its brightest young stars to the hosting table.

In fact, Gio even revealed on social media that he would be taking over hosting duties for the rest of the week, to the delight of his co-stars like Ginger Zee and Lara Spencer.

While he has been a familiar face to many ardent fans of the ABC News show, it was only back in July that he had hosted the main show for the first time. 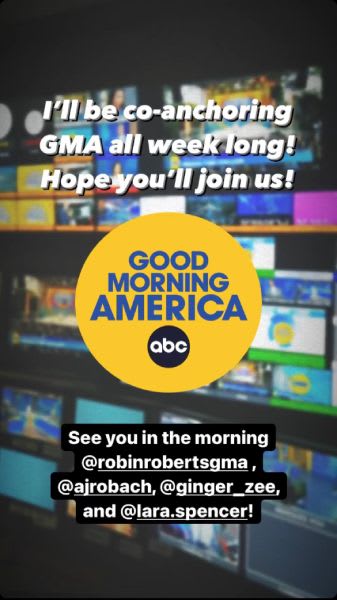 Gio revealed he would be on GMA all week

During the July 14 episode, Gio hosted alongside George and Amy, and his debut on the anchor’s chair was acknowledged at the very top of the show.

While discussing the super moon, he said: “The super moon, sitting here with super friends, it’s an exciting morning,” with George mentioning that it was his first shot and the two warmly welcomed him.

The GMA correspondent did have other news to celebrate on the show as well, which both Robin and Amy gave him kudos for.

Gio revealed that he had made it into the New York Times Sunday crossword, which marked a big deal for him, and definitely to his co-stars.

“Woke up to this wild surprise! Beyond honored to be a clue in the @NYTimes Sunday Crossword!” he gushed, receiving praise from Ginger, Sam Champion, his husband Tommy Diddario, and many others.