BBC Breakfast presenters Dan Walker and Louise Minchin had just finished discussing the latest sport news when Dan decided to make a hilarious segue way into the next segment.

Turning to his co-host, 42-year-old Dan asked: “You’ll be heading to the driving range later?”

Dan shared another laugh as he continued: “I’m sure Carol will be.

Dipping in, Louise informed morning viewers they were taking a slight detour to a shot of the village of Sark, which would lead into the next topic about dairy farming, when Dan couldn’t resist giving his colleague a nickname.

“Take it away Tiger!” he declared with a grin, and Carol was fighting back laughter.

“Good morning,” she exclaimed through blustery London winds. “I have been called many things in my life, but never Tiger Woods before!”

The trio continued to snicker but Carol quickly managed to turn her attention back to the job at hand, forecasting some sunny spells for the week.

Also during today’s programming, Dan and Louise welcomed two dog trainers and their pooches to the BBC studio set to talk about blood transfusions. 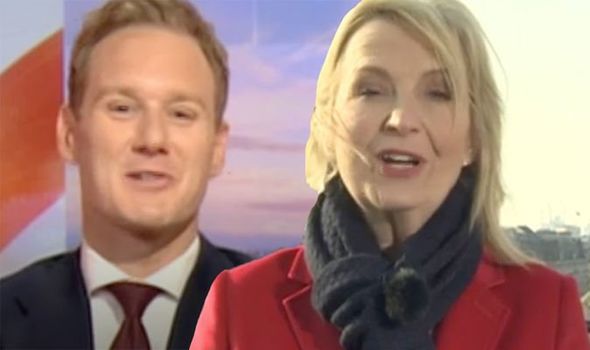 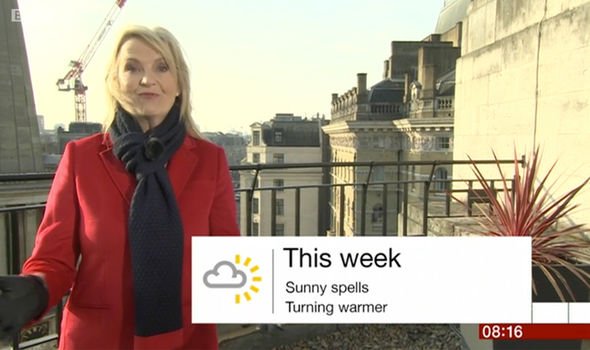 Take it away Tiger!

Yet in one amusing moment, one of the canines – a dog called Gellet – was refusing to behave for the segment, staring off to the corner.

“Can I just ask you Grace, who can Gellet see at the back of our studios?” Dan laughed. “It’s taken his attention away.”

The unexpected shift prompted Grace to scan the back of the studio but she couldn’t see anything.

“No one!” She declared, as Dan shared his own theories over the dog’s demeanour.

“He just wants off,” the presenter quipped. “Doesn’t like being on telly.” 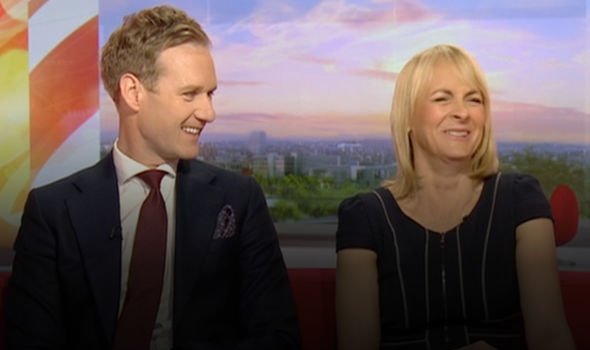 Louise assured viewers both pooches had behaved “brilliantly” on the programme, but Dan was still fixated Gellet’s refusal to look their way.

“He’s not looked at us once,” the host commented, before formulating another idea.

“Maybe he’s upset that I didn’t know about him?” Dan joked.

Grinning in solidarity, Louise agreed with the guess, as she nodded: “I think he knew.”

BBC Breakfast aires weekdays at 6am on BBC One.