BBC Breakfast reported all kinds of news this morning – including the harrowing weather situation that could be heading towards the UK.

This morning, presenter Dan Walker was a little perturbed by one of weather presenter Carol Kirkwood’s comments.

As he was introducing her once again, he said to his colleague Louise Minchin: “Today is one of those days where Carol is doing the weather at Wimbledon again.

“And did you hear Carol earlier mention the f-word?”

Entirely stunned, Louise looked at Dan and then back to the camera, seemingly unsure what to say.

He interjected: “Frost! Not that f-word! She dropped the f-bomb on us this morning.”

Louise laughed before announcing: “Genuine shock on my face.”

Attempting to regain order in the studio, Dan backtracked to ask Carol: “Carol, where is it frosty today?”

Carol herself was also quite taken aback, as she said: “Oh my goodness, Dan, the things you say!”

She then continued to speak about how cold parts of England and Scotland would be. 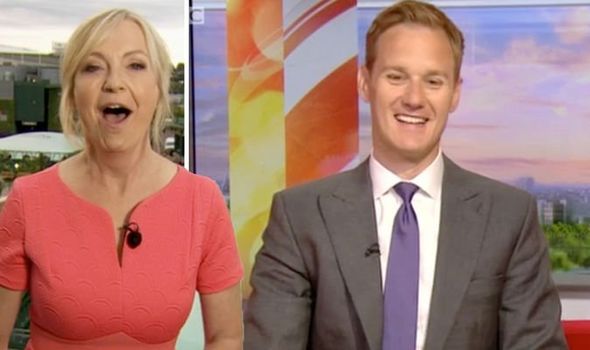 Genuine shock on my face

After speaking to Chris, instead of saying “Speak to you later,” Charlie cheekily announced: “Bye bye!”

After seeing the reaction from his colleagues, he explained: “I don’t know why I said that, really.

“Sorry, that was rather informal, wasn’t it?”

Joking about the situation, he then laughed: “Here we go, lets get a little wave in there as well, why not?” 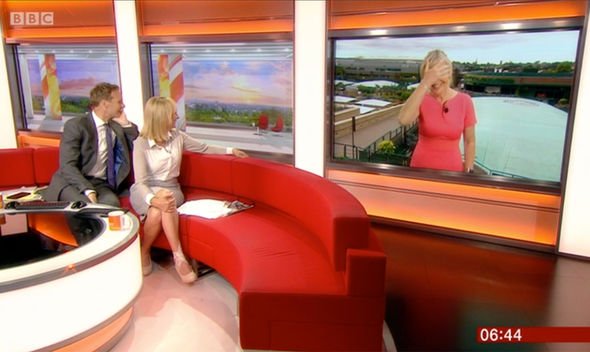 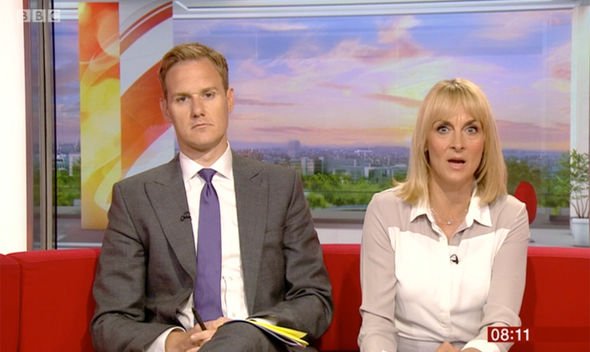 Naga then took the opportunity to take a swipe at her co-host as she joined in on the joke.

“Take care sir. Do have a top of the day. Toodle pip,” she said ending the interview with Chris.

Explaining the unusual end to the report, Charlie said: “Sometimes it’s nice to do that, isn’t it?

“I mean we’re very fond of one another and I’m just putting it out there we go.”