This morning’s BBC Breakfast saw Naga Munchetty apologise to Carol Kirkwood as she revealed one viewer believes they’re better at predicting the weather than the meteorologist. Carol laughed at the feedback before inviting the fan into the studio to give it a go themselves.

Naga and co-host welcomed Carol onto the show to present the weather but had some bad news.

Naga began: “Carol, good morning to you. You know, we’ve had lots of emails today.

“I think it was this one, I wanted to pick out.”

Picking out a message from a viewer, she read out: “Carol, Ann in Cleethorpes, we’re talking about pain being related to weather and how it can get worse in weather. 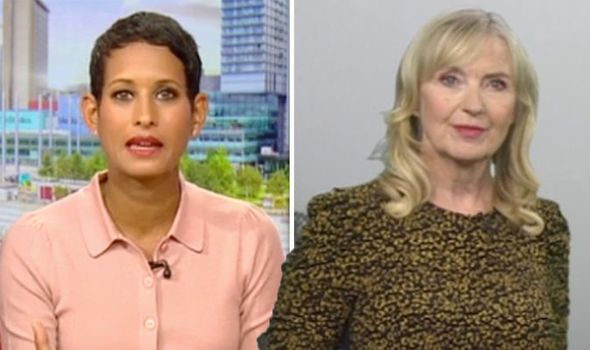 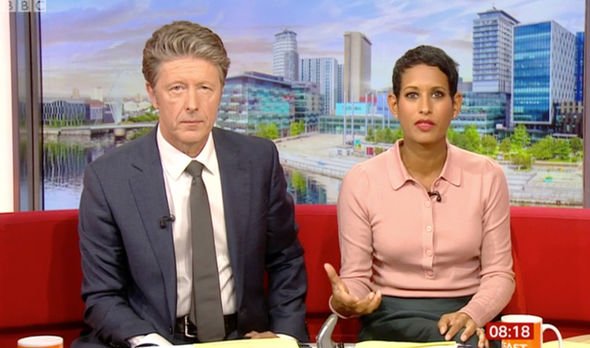 “Ann says, and I’m sorry Carol, I have to say this to you, she finds my bones are better weather forecasters than any of your presenters.

“Sorry Carol, hips and knees ache long before the first rain drops fall from the sky.”

Carol could be heard listening intently before hitting back at the comment.

“I think Ann should get in here and have a bash at presenting the weather,” she suggested. 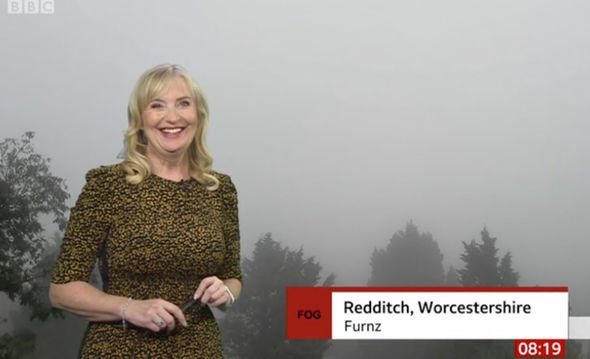 However, clarifying there were no hard feelings, adding: “That would be very cool.”

The viewer’s comments helped bridge the weather forecast and a segment on how bad weather can cause aches and pains.

It comes after Carol revealed her dress “disappeared” as she rehearsed for a forecast.

Taking to Twitter yesterday, she gave viewers a sneak peak at what went on when she stood in front of the green screen in a green frock.

In the clip, she could be seen in a lime green, tight-fitting frock but it caused trouble with the screen behind her.

As she stood in front of the map, only her head, neck and hands could be seen.

The map of the UK and weather forecast appeared over the top of her dress.

Speaking to the camera in the video, Carol added: “And this is why we don’t wear green on the green screen, it looks like you’ve just got hands.

“Look what happens when I change the background of CSO.”

Fortunately, with one click, Carol’s dress reappeared so she was able to present with no trouble.

BBC Breakfast airs weekdays on BBC One at 6am.