BBC Breakfast’s Naga Munchetty took a brutal swipe at The Chase’s Mark Labbett after her crushing £111k defeat on the show.

The TV favourite swapped her usual daytime routine for an evening slot instead as she appeared on The Chase in a bid to land some cash for her chosen charity. 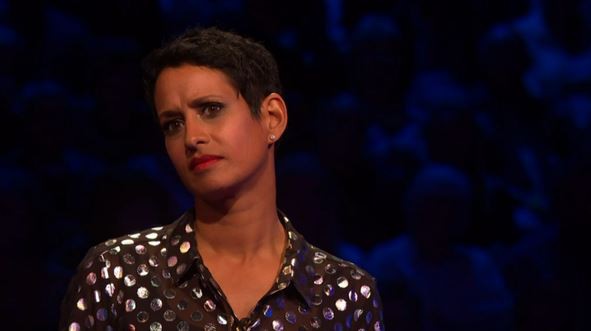 As Naga joined three fellow celebrities – Adam Thomas, Brendan Cole and Amanda Byram – she put in an impressive cash builder, giving her enough confidence to take on ‘The Beast’.

Incredibly, the 46-year-old stunned fans of the show by taking the plunge to go for a staggering £111,000 – a move that Mark teased her for.

Mark soon reminded her that the last time she had appeared on the celebrity version of the show, her co-star lost in a savage takedown.

Mark recalled Gareth Thomas – otherwise known as Alfie – appearing on the show, but as he called him Alfie, Naga immediately called him out on it.

She said to Mark: "But his name is Gareth, right? Are you good at getting names right, usually?"

While she had a sarcastic tone on her, Mark reaffirmed that Alfie is commonly known as Gareth's nickname – but Naga didn't back down from her swipe.

As they started the game, Naga started off with an incredible head-start as she immediately knew the answer to the first question.

However, despite a promising start, Naga was beaten, leaving the team without the £111,000 that she had bravely gambled for.

Many viewers were disappointed that she missed her chance on getting through to the final to take home some money for charity.

Taking to Twitter, one user wrote: "Gutted that gorgeous Naga didn't get through."

Another added: "Gutted Naga lost then. Such bad luck."

A third person wrote: "That can't be good. That cannot be good at all. I actually thought Naga would breeze right through that."

Although Naga hasn't said anything regarding her TV appearance, she referenced to it after the show had aired.

She wrote on Twitter: "It was a while back! Still, I remember the fear! Looking forward to reliving it on ITV Chase tonight."

Although Naga didn't get through, it was an impressive performance from her co-stars Brendan and Amanda – who also failed to catch The Beast – but managed to take home £1,000 each to give to their chosen charities. 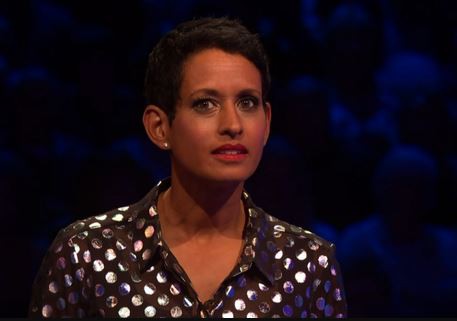