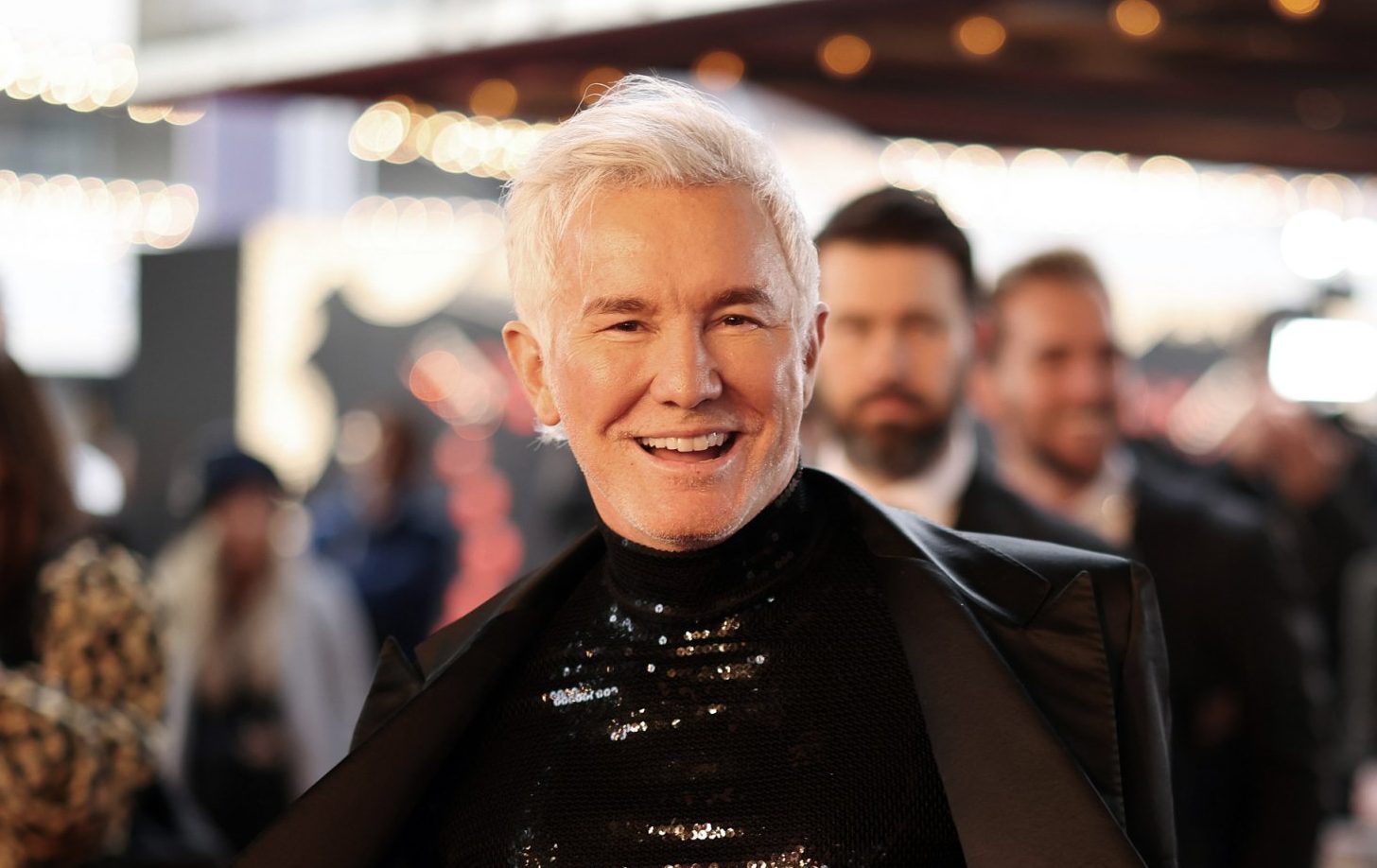 When Baz Luhrmann – the most flamboyant and innovative director on the block – says ‘I’ll embarrass myself,’ you grab some popcorn and wait for a treat.

Yes, unprompted, Luhrmann bursts into a joyously unrehearsed snatch of Elvis Presley. The Aussie director behind the new biopic of The King is highlighting his own personal connection.

‘I used to be a ballroom dancer as a kid – that’s where the ballroom dancing came from,’ he says. ‘I remember I was at a competition… I went up to the DJ and said, “Oh, hey mate, do you reckon you could play Elvis’s Burning Love? My partner and I, we really get into that doing the jive.” Anyway, we won! We were just a hunka-hunka-burnin’-love!’

Luhrmann, 59, the genius behind musical extravaganzas including Strictly Ballroom, is a long way from the boy who grew up in Herons  Creek, rural New South Wales, where his mother taught ballroom and  his father ran a petrol station and cinema. We’ve hooked up to speak about his ambitious $85 million  biopic Elvis, although when he first comes on Zoom, he can’t get his camera working.

‘That’s not good for a director,’ he giggles before finding the right button. Boom. There he is: slim, silver-haired, stylish – exactly who you might imagine to be behind such films as Moulin Rouge! and The Great Gatsby. ‘I’m Baz,’ he says. No need for the intro, really.

So why Elvis? Was he the singer that was always on his turntable?

‘I wasn’t a fan so much… it wasn’t like, “Until the day I die, don’t you ever say anything about Elvis!”’ he says. ‘I just loved ’70s things… I was very much David Bowie and Elton John and Michael Jackson and different musicians.’

Over time, music’s become a staple for Luhrmann in his movies, whether it’s hip hop TV drama The Get Down or recruiting Jay-Z to oversee the Gatsby soundtrack, corralling the likes of Jack White and Beyoncé to pep up the hedonistic 1920s drama. When it came to Elvis, Luhrmann fell for the singer’s on-stage charisma.

‘What’s interesting, when you go back and do the research, is the Vegas stuff,’ he says, referring to the 636 shows Elvis performed in the American gambling paradise towards the end of his career and as he began to gain weight.

‘You think of Elvis in the white jumpsuit as being the least attractive Elvis. But he was unbelievable when he first started in that white jumpsuit in Vegas. I spoke to Clive Davis, the great music impresario, and he said to me, “I’ve never experienced anything like the opening night of Elvis in Vegas.”’

The film spans Elvis’s career, from his days on the Louisiana Hayride, a touring country music show that gave him his start in the 1950s. Playing him is Austin Butler, previously one of Charles Manson’s acolytes in Quentin Tarantino’s Once Upon A Time in Hollywood.

‘I will absolutely unequivocally tell you that what Austin Butler does in the movie is bring a humanity to Elvis,’ says Luhrmann, who first saw Butler after the actor sent in a tape of him singing Unchained Melody. ‘I only realised he’s from Anaheim [in California] a long time after I met him. I thought he’s from the Deep South. He lived Elvis.’

While the story is framed through the eyes of Elvis’s manager Colonel Tom Parker (Tom Hanks), it’s Butler’s turn as the singer that lingers. Which is exactly what happened when Luhrmann nervously showed the film to Elvis’s ex-wife, Priscilla Presley. It left her in tears for the man she lost in 1977, when he died aged just 42.

‘She said, “I just wasn’t ready for that. Every breath by Austin, every move, he captured the spirit of the person, the humanity, the man, not the icon… not the person that someone thinks they know because they’ve made it up in their head…’”

In the end, says Luhrmann, the  film is about fanhood, with Elvis  the ultimate victim of the hysteria around him.

‘Haven’t we all gone “Just make one more album”?’ he says. ‘That kind of need of the audience, that level of love… and very few people get the kind of love Elvis gets back. Yeah, there are rock stars, but the level of love coming back at Elvis is unparalleled.’