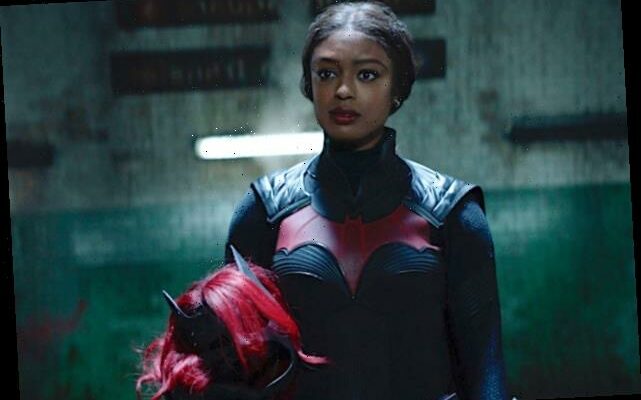 Warning: This article contains spoilers from Batwoman‘s Season 2 premiere. Read at your own risk!

Batwoman rang in its second season with an overarching mystery: What happened to Kate Kane? Sunday’s premiere episode began with Kate’s plane to National City crashing near the river and newcomer Ryan Wilder (played by Javicia Leslie) discovering the batsuit among the debris. Kate’s body has not been recovered, which gives hope to some — including Luke Fox and Kate’s father Jacob Kane — that she may still be alive. However, others like her twin sister Alice have given up on the idea that the former vigilante survived that fiery collision and is still out there somewhere.

“It continues to be an ongoing story,” she tells TVLine. “I appreciate people saying, ‘Please don’t drag me through this. We know Ruby [Rose, who exited the series in May] is not on the show anymore.’ My desire is for it to feel incredibly satisfying, and it does take you through a rollercoaster. All the characters have a vested interest in finding Kate and have their own point of view on what happened to her. The journey to the end result, I think, will be worth going along for the ride.” 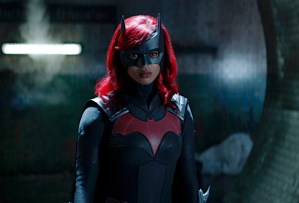 Kate’s absence means that Wilder steps in as the new Batwoman, and her ascension to superhero status will come with its own complications. During the Season 2 premiere, Tommy Elliot (who was wearing Bruce Wayne’s face) shot her with kryptonite, and remnants of the crystalline material remain in the wound. Dries says things will “only get worse” for Ryan after she neglected to tell the Bat Team the extent of her injury.

“It’s a metaphor for a lot of things, being shot with this kryptonite. Ryan has to be a hero and prove herself while she’s dealing with this huge issue of having kryptonite in her blood and keeping that a secret from the whole world,” Dries explains. “For me, as a writer, it’s sort of this metaphor of women and women of color, in particular, [who] need to go above and beyond to prove themselves and what they have to struggle with secretly just to be considered equal or accepted.”

The wound will be significant for Ryan, who will also be dealing with homelessness and unemployment in addition to her new Batwoman duties.

“If she were to admit something’s affecting her [like the kryptonite], she feels like she would she would be seen as weak, and that’s the one thing that she can’t afford to be seen as now. You’re going to watch her battle that throughout the season, and trusting Luke and Mary, whose main focus is finding Kate,” Leslie says. “Ryan knows that, and there’s this constant comparison to [Kate]. After a while, Ryan is like, ‘I’m here, and you guys don’t even see me.’”

According to Dries, Luke will be reluctant to accept Wilder as the new Batwoman since it would also mean accepting that Kate is dead. “He really struggles with that,” Dries adds. “Nothing against Ryan, it’s that he doesn’t want to say goodbye to Kate. As Ryan and Luke’s dynamic starts off with some friction, it will evolve into a real brother-sister dynamic. But ultimately, Ryan has to put her foot down to be like, ‘Look, I’m the one who wears the symbol. I’m the one who takes the bullets. I’m the one who’s putting herself literally in harm’s way, so I’m the leader here. I’m Batwoman.’ They become deferential to her, but there’s always that push and pull. Everyone has opinions in that batcave.”

What did you think of Batwoman‘s Season 2 premiere? Grade it in our poll, and sound off in the comments below.