Barbara Windsor, 81, was diagnosed with Alzheimer’s disease in April 2014, but her diagnosis only became common knowledge when husband Scott, 56, broke the news to the public in May 2018.

Scott has made many television appearances since the announcement but today, he was joined by EastEnders actress and Barbara’s friend Natalie Cassidy, 35, on This Morning where the pair were asked about the actress’ health by hosts Rochelle Humes, 30, and John Barrowman, 52.

As well as discussing how he is dealing with Barbara’s declining health, Scott told Rochelle and John on the ITV show the real reason he broke the news about the diagnosis after Barbara’s character Peggy Mitchell left the BBC soap in 2016.

Asked about the response he’s received since he made the announcement, Scott said: “ I’m surprised and I’m just thrilled its had that kind of impact.”

We couldn’t hide it anymore

However, Scott continued: “That wasn’t the reason we went public,” referring to the outpour of support from Barbara’s fans the couple have received.

Scott told Rochelle and John: “We went public because we couldn’t hide it anymore.

“It was becoming quite obvious. People were coming up to Barbara all the time.”

Speaking about how he came to realise his wife’s health was deteriorating, Scott said: “Different things were happening within her personality, she was becoming obviously very repetitive, thats obviously one of the very early signs.

“She was having more troubles learning her lines, she was still at EastEnders at the time,” Scott added, which was when the couple decided Barbara needed to step away from acting.

He then went on to say how he had concerns about Barbara’s memory and discussing her, noting it was “difficult conversation”. 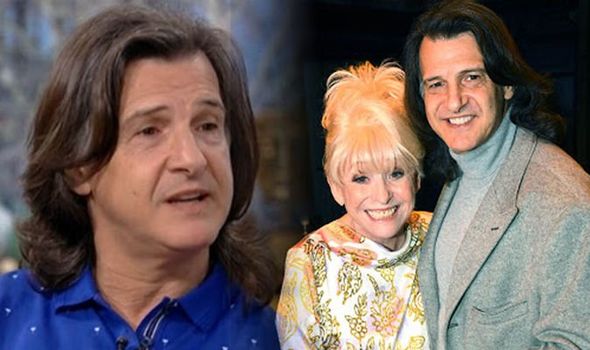 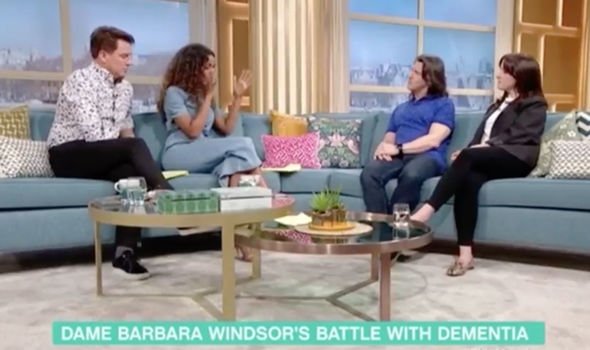 Scott explained: “I made her aware this was starting to happen, it’s a very difficult conversation for any family member to have with someone.

“I said to Barbara, lets go see someone because you’ve most likely worn yourself out learning all these lines.”

Natalie, who plays Sonia Fowler on EastEnders and first met Barbara when she was ten years-old, also spoke about her role model.

Admitting she hadn’t seen Barbara since the announcement was made about her dementia diagnosis, Natalie revealed she was going to see the former EastEnders actress after the show.

“I can’t wait to see her,” Natalie said. “I don’t know what to expect because I have this memory of this wonderful woman helping me.” 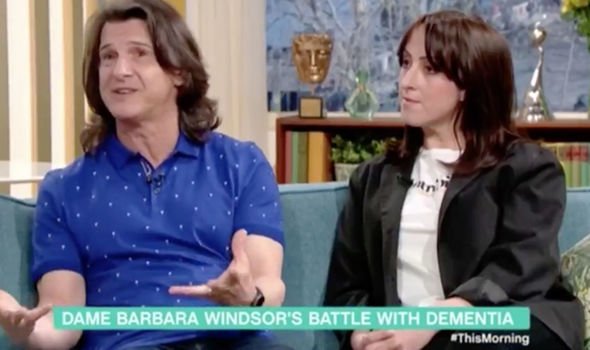 Scott and Natalie will join Barbara’s friends from the soap in running the London Marathon later this month for Alzheimer’s charity, Dementia Revolution.

The team will be known as ‘Barbara’s revolutionaries’ and Scott said of running for his wife: “From the bottom of my heart I really admire all of the team for taking on the Virgin Money London Marathon for the Dementia Revolution – it is such an amazing show of their love and friendship towards Barbara.

“There is still such a lack of awareness that surrounds the condition. I see it often with Barbara – people get very nervous around her and they don’t know how to react or what to say.

“But it’s so important that we understand dementia. This cause desperately needs as much attention and awareness as possible.”

Earlier this year, Scott appeared on Good Morning Britain where he revealed Barbara is beginning to forget who he is.

This Morning airs weekday at 10.30am on ITV.