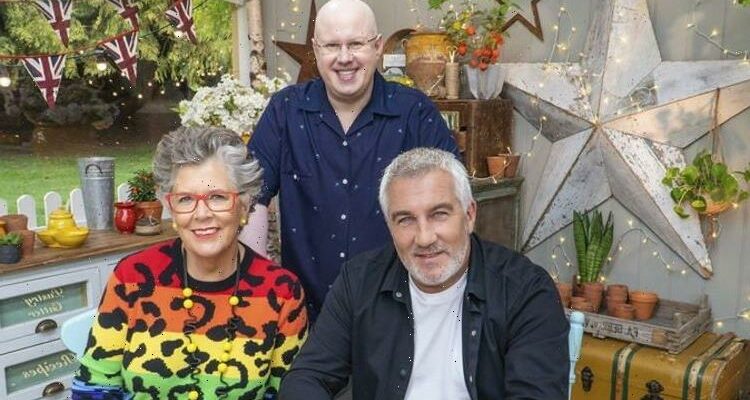 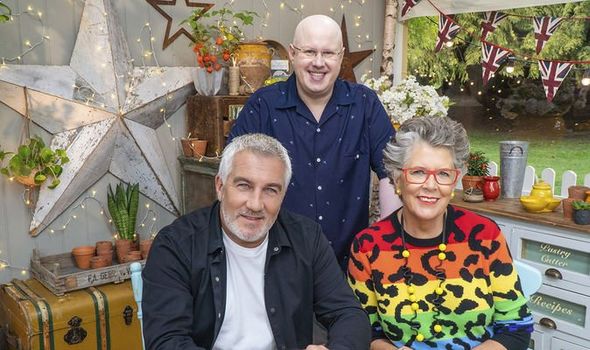 In Paul’s defence, he was right: there was no way it was. But then the other bakers’ cakes weren’t defying gravity either.They were just doing a better job of looking as though they were, this having been the fiendish Showstopper challenge.

So it was Tom who became the first to leave the tent, the one we’ll soon forget was ever in it (harsh, I know, but true).

Back to Kent, back to his model railway business, his dreams in tatters. Not that it was purely the laws of physics he’d failed to conquer. “It’s the worst bake I’ve ever done,” he confessed.

Meanwhile, at the other end of the scale, 56-year-old Jürgen, an IT chap from Germany who’s now based in Brighton, was wowing Paul and Prue with his reading lamp.

Or, rather, with a cake he’d made to look like one.

That, and with another cake he’d made to sit alongside it, resembling a children’s storybook (because obviously you can’t have a cake reading lamp without some cake reading matter to accompany it, can you? That would be madness?)

Jürgen’s creation sounded quite revolting to me – “an orange chiffon sponge with honey butter cream with a hint of rose and pistachio praline.” But it turned out Prue and Paul loved it, so rather than reacting as I’d have done (Bleaaggh!), they decided Jürgen should be Star Baker. He looked suitably honoured.

My, but it’s good to have Bake Off back. At a time when our comfort viewing feels more precious than ever, it ticks every box. While the competition itself will always be most important, the show gets funnier.

Last night’s highlight? Co-host Matt Lucas interrupting Jürgen as he worked on his Black Forest mini rolls. “You’re a musical man,” Matt reminded him. “I thought you might appreciate me singing the theme to The Flintstones in German…” The joy wasn’t so much in the randomness but in the fact that Matt, as we then discovered when he launched into his rendition, really had translated the whole thing and committed it to memory. It was both hilarious and oddly touching.

“Great. I haven’t heard that in ages,” replied Jürgen, playing his own part to perfection.