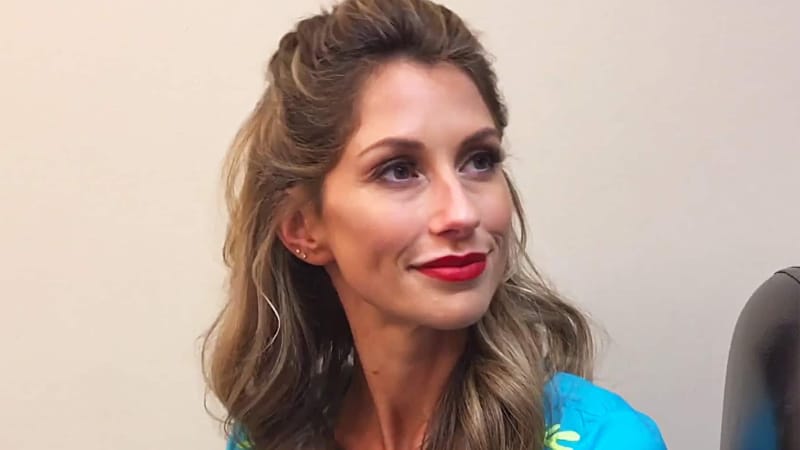 Ashley Jacobs has reportedly changed her mind about filming Southern Charm. According to Lalate, Ashley is back under Bravo contract and she’s been filming with the other cast members because she wants to make peace with Patricia Altschul and Kathryn Dennis.

It is unknown how much Ashley will film. It could be a recurring role but it could also be a single dinner where she explains her side of the story and apologizes for the events last year.

Earlier this year, Jacobs explained that she was leaving Southern Charm. At the time, she claimed that Bravo didn’t ask her to return for this upcoming season of the show.

She wanted to come back so she could redeem herself and at some point, it seems that an offer was made. However, after learning what she would be paid, she reportedly turned them down.

It was also revealed that Ashley is no longer associated with Thomas Ravenel. In fact, she’s supposedly linked to ex-pro soccer player Ryan Trout. It would be great for Bravo to get Ashley back on the show if she could get Ryan to film as well.

As for Thomas Ravenel, Bravo has ended the contract with him. He was arrested back in September over sexual assault allegations made by a former nanny, who cared for his kids.

Thomas is now being sued by the nanny. The woman has also named Bravo showrunners as defendants, asking for unspecified damages. Ravenel has kept a low profile since his arrest.

Ashley Jacobs hasn’t said much about Thomas’ arrest, but back in November, she opened up on her now-private Instagram profile about how she was happy to have met him.

Jacobs revealed that they met one another at a time where they needed someone, and while they weren’t moving forward, she was thankful to have met him. She ended the post with the statement that she looks forward to being friends with him for a long, long time.

It will be interesting to see how the Southern Charm cast accepts Ashley Jacobs now after Thomas Ravenel’s arrest and their breakup.

Southern Charm is returning to Bravo in 2019.