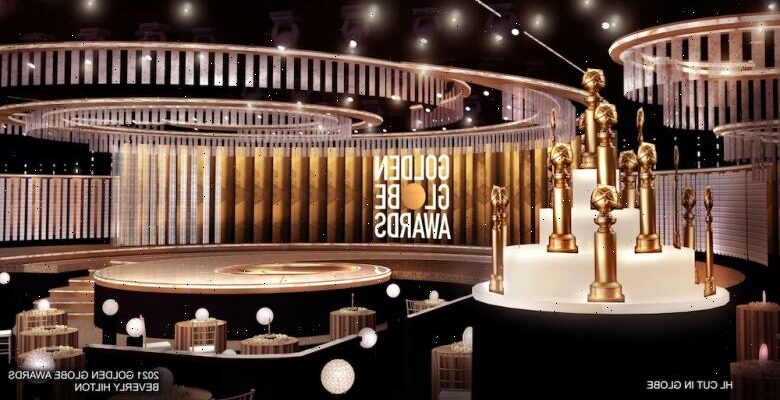 On Friday, NBCUniversal spokeswoman Allison Rawlings extended hope for a Golden Globes show in January 2022, assuming that the Hollywood Foreign Press Association acted swiftly enough to make “meaningful change.” Three days later, the network announced that the 2022 show was canceled. It’s an unexpected turn of events reminiscent of the Harvey Weinstein-#MeToo cultural shift in 2017: Promising to turn over a new leaf is meaningless if the industry sees you as a noxious weed.

In between NBCUniversal voicing optimism and enacting cancellation, Netflix and Amazon and Scarlett Johansson and WarnerMedia followed the lead of a coalition of 100 press agents: They weren’t going to touch the Hollywood Foreign Press Association until… well, until it became something that didn’t look, behave, or feel like the HFPA. Tom Cruise returned his three Golden Globe awards (on the same day Empire Magazine revealed first-looks of his new “Mission: Impossible” movie — the PR machine marches on.)

Speaking for NBCU, Rawlings said that if the HFPA “executes on its plan, we are hopeful we will be in a position to air the show in January 2023.” As declarations go, it falls considerably short of ringing affirmation. (For what it’s worth, the HFPA provided a detailed timeline of that plan, running through August 2; it’s at the end of this article.)

The awards season will continue in the meantime, and nature abhors a vacuum. What will it do without the Globes?

It’s possible that Hollywood will carry on as before: Many believe (including the Motion Picture Academy) that there are far too many award shows. Early bellwethers are the Gotham Awards, the National Board of Review, and critics groups around the country, especially the New York, Los Angeles, and national groups that start the conversation about the likes of Maria Bakalova, star of “Borat Subsequent Moviefilm,” who went on to win Supporting Actress from the Critics Choice Awards before her Oscar nomination.

Losing the Globes will have a trickle-down effect for vendors, publicists, advertisers, sponsors, and the trades. What could take their place? Eyes are on the Critics Choice Awards, led by CEO Joey Berlin, who meets with CBS-owned The CW on Tuesday. Some awards campaigners fear that no award with “critics” in the title could ever go mainstream — and the CW show barely manages 1 million viewers each year.

One proposal is for the craft guilds — the DGA, PGA, WGA and so on — to come together with an awards show. (Their categories put people to sleep, alas.) Another is for HFPA members to quit the organization and join the relatively clean-cut 450-member Critics Choice Association, which has already brought on 30 new international members (some of whom were turned down by the HFPA) and is pushing to add more members of color. (A recent survey has them at 25 percent.) Berlin and his board are taking updated bylaws to the members in the next few days in anticipation of a bigger platform this year.

“They wouldn’t have to quit the HFPA,” said Berlin. “We are a big-tent organization open to professional film and TV critics and reporters. Our criteria is you have to be speaking to a large audience, hence our roots as broadcast critics and journalists. You can’t be member because you used to do it.” (Added one senior awards strategist: “I wouldn’t take too many members of the HFPA.”)

Berlin is ready and eager for the CCA to fill the Globes gap. “The news that the Globes are canceled in January creates an opportunity for the CCA to be seen in the role they play already,” he said. “We do a similar event that honors film and TV at the start of awards season. Now we’ll be the sole event in that time frame. We do it in a similar way, but we do it on the up and up with qualified journalists of integrity. We serve the same function: to set the field for the gold-standard events like the Oscars and Emmys, which is an important role in the awards ecosystem. It’s a service to the industry and creative community and consumers. We’re looking forward to the chance to do it on bigger stage this year without the shadow of the Golden Globes.” 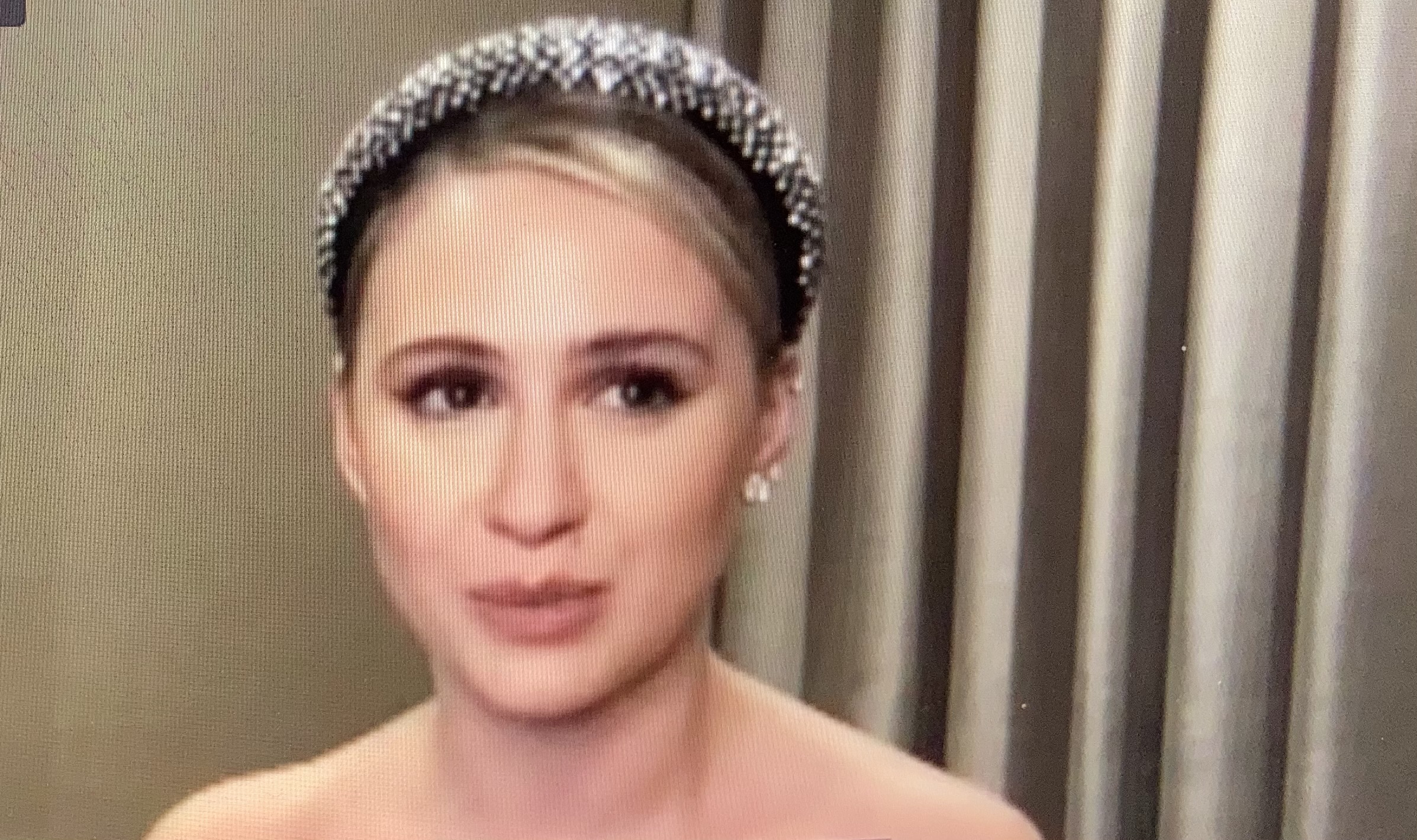 From the TV side, it looks a little different. Starting on the side of dollars and cents, you have an awards-ratings stalwart — or, at least, a former awards ratings stalwart. Prior to this year, the Golden Globes broadcasts were one of the few awards shows, or even live telecasts, that maintained steady ratings over the last decade. From 2009-2020, telecasts ranged from 14 million-21 million viewers, ending around 18.4 million in 2020, the last show prior to the pandemic. Those are pretty big numbers, which is why in 2018 NBC reportedly agreed to pay the HFPA roughly $60 million a year to air the Globes ceremony.

This year, ratings dropped to an abysmal 6.9 million viewers — a steep decline, even when considering the viewership hit taken by every pandemic awards show. Were audiences fed up with a corrupt organization, or were they merely unaware of and uninterested in awards celebrations during a global pandemic?

Skipping the 2022 show means NBC will be able to gauge the ratings drop without placing a bet on an awards show of its own. If the Emmys and Oscars return to pre-pandemic levels, perhaps the network (or another) will be more inclined to roll the dice on the Globes in two years. if awards-show ratings stay low after large in-person gatherings resume, there would be little benefit in resurrecting the Globes. NBC could simply continue trying to reinvent broadcast television, aka, “how to make it 1997 again through science or magic.” (NBC execs wouldn’t have to work that hard to replace this year’s Globes viewership: The Season 5 premiere of “This Is Us” drew more eyeballs.)

What about honoring the artistry of television? To be clear, the Golden Globes didn’t really do that to begin with; it tried to play kingmaker for the Emmys (and Oscars) while filling the rest of their nominations with ratings-friendly stars and HFPA favorites. Whether Hollywood works to replace the Globes with another awards show is a question of opportunity more than necessity. Is there money to be made? Influence to be strengthened? Clearly, the Hollywood awards cycle is too powerful to be stopped by any one ceremony going away — especially one that Hollywood decided was too corrupt to tolerate — and some organization, if not many, will try to step in as the top new Oscars’ precursor and winter TV awards party.

There’s been mixed “success” of the recently revived Hollywood Film Awards, but creating another awards show isn’t really an option. As for preexisting shows, critics’ awards are a hard sell to the public at large, as evidenced by the scant viewership for the CCAs. (Plus, despite many respected members, that organization isn’t far removed from its own troubling controversies.)

Luckily, there are options that, by and large, know what they’re doing and could use an awareness boost. The WGA, PGA, DGA, and SAG Awards are already hotly anticipated honors within the industry, and though SAG ratings have been fairly low, the star-studded event already has the red carpet, the famous faces, and the respect of everyone in Hollywood.

What it needs is for WarnerMedia to invest in the ceremony: Airing only on TNT and TBS is hardly accessible. If the SAG Awards were a spectacle and available to stream on HBO Max, airing on Turner cable networks, and beamed directly to any AT&T customer worldwide, you’d definitely see better viewership than the 1 million-2 million who’ve tuned in over the last two years.(Alternatively, WarnerMedia could sell broadcast rights to a broadcast network.)

There’s another legitimate awards show that could fill the Globes’ slot, and there is literally no better time than now for them to do so. So, hello? TV Academy? Why don’t you finally get your act together and move the Emmys? The June-May calendar of yesteryear is dead. No one understands why the Emmys pop up in September. Running at that time, year after year, is killing your public awareness and your impact. Take advantage of the opening in 2022, push back your ceremony so it airs at the center of our widely accepted awards season, and finally listen to reason.

Regardless of the next air date of the Golden Globes, implementing transformational changes as quickly – and as thoughtfully – as possible remains the top priority for our organization.

We invite our partners in the industry to the table to work with us on the systemic reform that is long overdue, both in our organization as well as within the industry at large.

Our below timeline demonstrates our commitment to achieving these goals with extreme urgency: