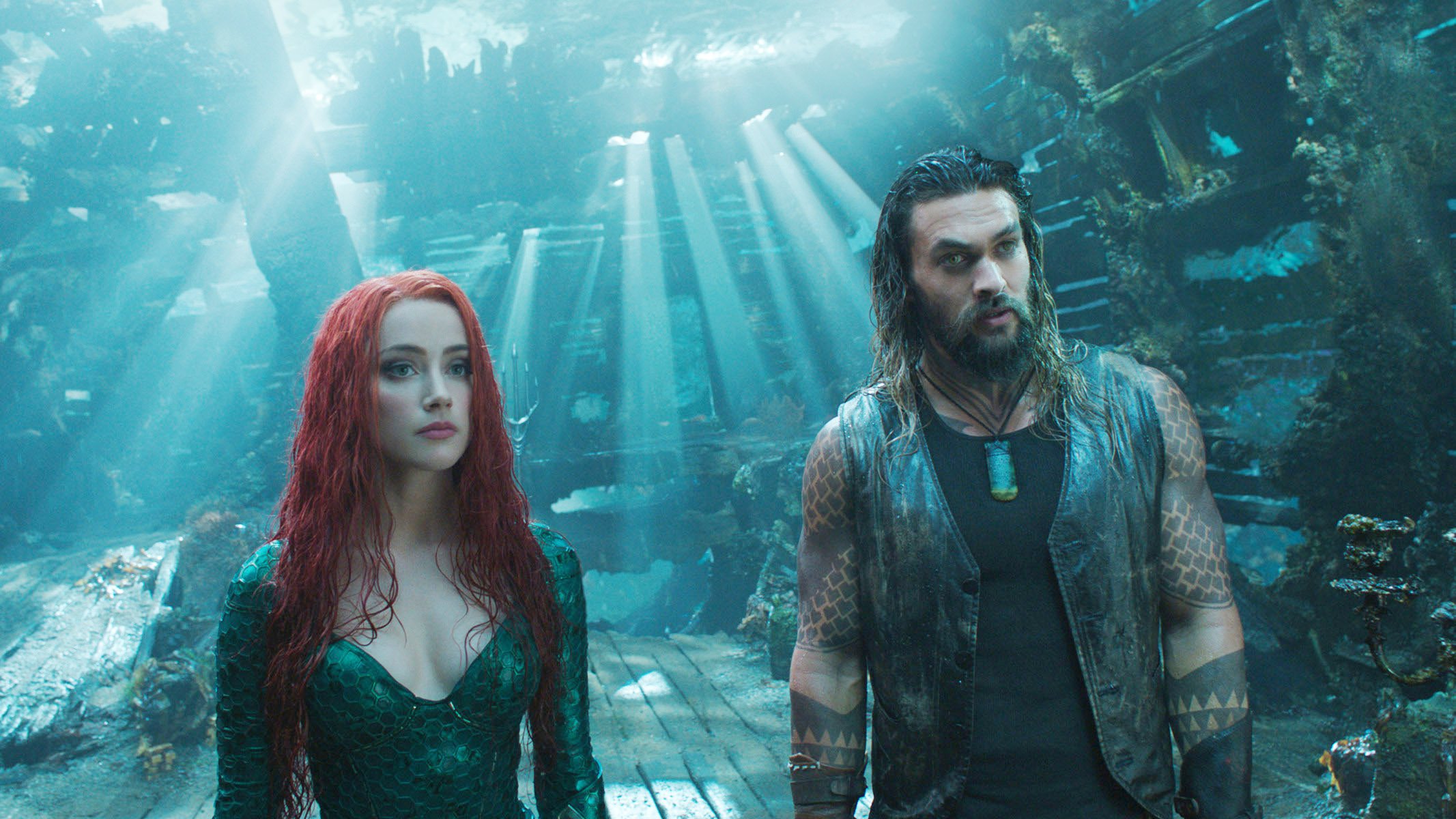 The film, titled Aquaman and the Lost Kingdom, is part of a string of release date changes from Warner Bros, and will now be released on December 25, 2023 instead of March the same year.

It’s thought that the reason behind the delay is that the film needs more time in post-production.

It will mean Shazam! is no longer competing with James Cameron’s Avatar 2 this December.

Aquaman 2 will see Jason return as the superhero alongside Amber as Mera, a role that has proven controversial after she lost her defamation trial against Johnny Depp.

Amid the trial, which saw a jury decide that she did defame her ex-husband, a petition calling for her removal from the flick reached 4.5million signatures.

Amber previously claimed that her role in the upcoming sequel was ‘reduced’, and that she ‘fought really hard to stay in the movie.’

However during the bombshell defamation trial, Walter Hamada, president of DC Films at Warner Bros, testified that there were fears of a ‘lack of chemistry’ between Amber and Jason, claiming there were talks of recasting her.

Meanwhile, Jason seemingly let slip that Ben Affleck will reprise his role as Batman in the upcoming film.

The vigilante is currently played by Robert Pattinson, but Ben’s version of the hero could return for the first time in six years, if Jason is to be believed.

The DC star took to Instagram where he posted a photo of himself and Ben at WB Studios, saying their characters – Bruce and Arthur – were ‘REUNITED.’

Jason wrote in a caption alongside the snaps: ‘REUNITED bruce and arthur.’

The actor hinted there were ‘great things coming’ as he added simply: ‘AQUAMAN 2.’

With Ben teased to return as Batman for the sequel, Aquaman and the Lost Kingdom is set to also feature returning stars Jason, Dolph Lundgren, Patrick Wilson, Temuera Morrison and Yahya Abdul-Mateen II.

Aquaman and the Lost Kingdom will be released on December 25, 2023.