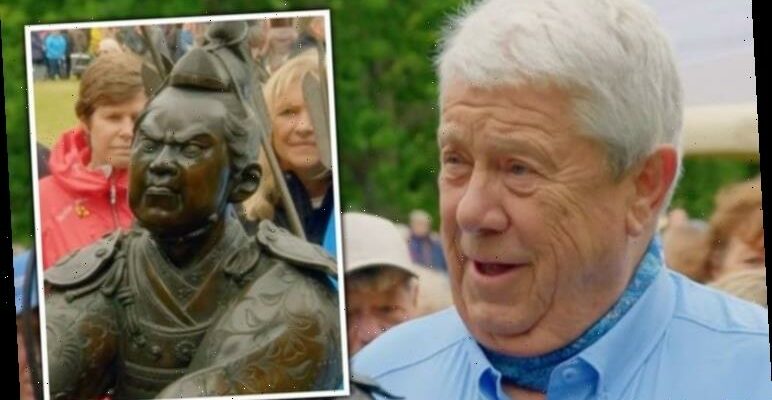 The Antiques Roadshow team were in Lytham Hall in Lancashire when Adam Schoon came across a fascinating Japanese statue. However, the owner of the Samurai model was overwhelmed as the BBC expert shared his knowledge of the figure’s origin before revealing a “very impressive” value of £6,000 to £9,000.

Adam began: “Well a fierce warrior and a warrior to be feared because this is a Samurai bowman made of bronze where did you get him?”

“He came to me from my mother she bought it in the early 1950s at a sale of a great house in Scotland,” the guest replied

“I don’t know which one it was probably before the roof came off. She brought it home that night and I’ve been fascinated by it ever since.”

“So you lived with it since you were very young?” Adam asked and the owner confirmed: “I was around eight-years-old which is a very long time ago.” 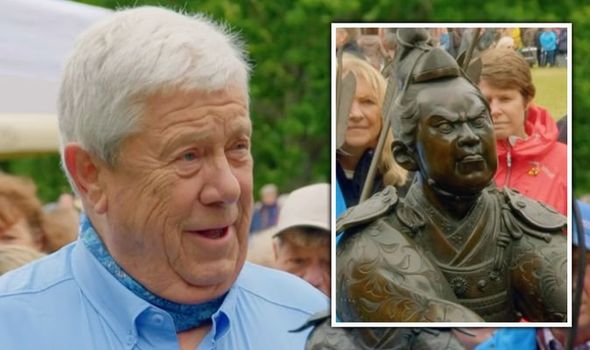 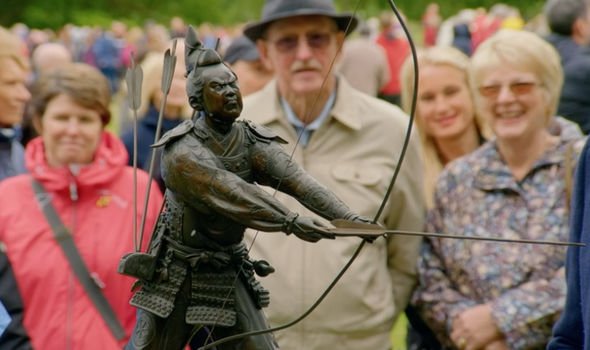 “And he’s still with you,” Adam continued. “Japanese of course and dating to the reign of the Emperor Meiji 1868 to 1912 at a time when Japanese society was changing and a lot of the craftsmanships that at one time had been used for the making of weapons [changed trade].

“But for the export trade, they produced things like this. So what do you like about it?”

“Well there’s nothing not to like about him he’s an absolutely super person,” the owner replied.

“You can see in his face which is well worth a study that he’s fierce but handsome. 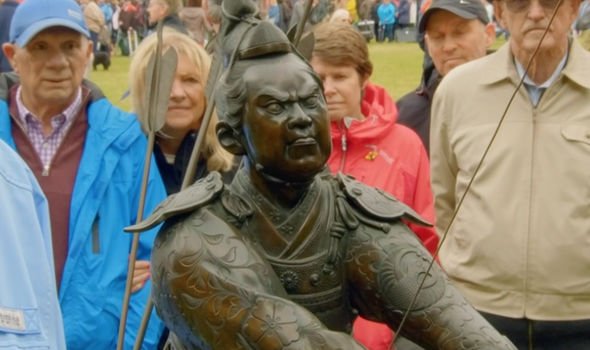 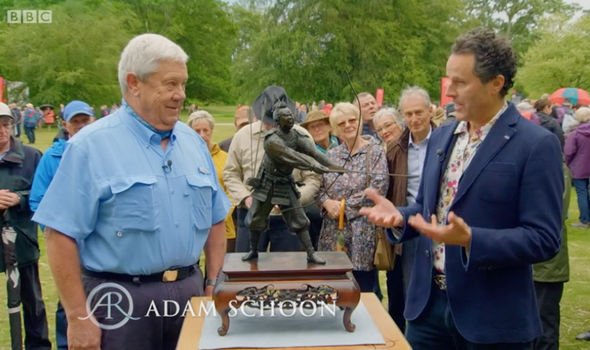 “He’s very wise, he must be to be that age, the whole combination, workmanship is just stunning.”

“He’s covered in insignia, little crests in the same way as heraldry in Europe,” Adam explained.

“For example, his pantaloons have these wonderful cartwheel motives and his lower leg protectors have a paulownia flower which actually crops upon his shoulder armour.

“But then there are other things like [this] little crane’s head.”

“That intense focus he has as he’s getting ready to use this incredible bow which would originally have been made of bamboo,” he commented.

“And this incredible quiver, have you seen the way the bronze caster has worked up the detail to make it look like fur?”

“Do you know I never noticed that before,” the owner of the statue revealed.

“Traditionally it would be bear fur that they covered these [quivers] with and the little dragonfly on the front probably refers to the flight and precision of a dragonfly which hopefully the Samurai would repeat in his bowman-ship,” Adam added.

“He was made from parts which were probably roughly cast initially and they’ve all been brought together after they were all hand carved with the incredible detail.

“I couldn’t find a signature, there is a particular artist I know called Yoshimitsu who just might be the original founder and maker of this piece.”

“An heirloom in the making,” the Antiques Roadshow expert concluded.

Antiques Roadshow airs on BBC One on Sundays at 8pm.