The Frenchman is seen struggling to keep his balance as his campmate Danny Miller and the two presenters look on. 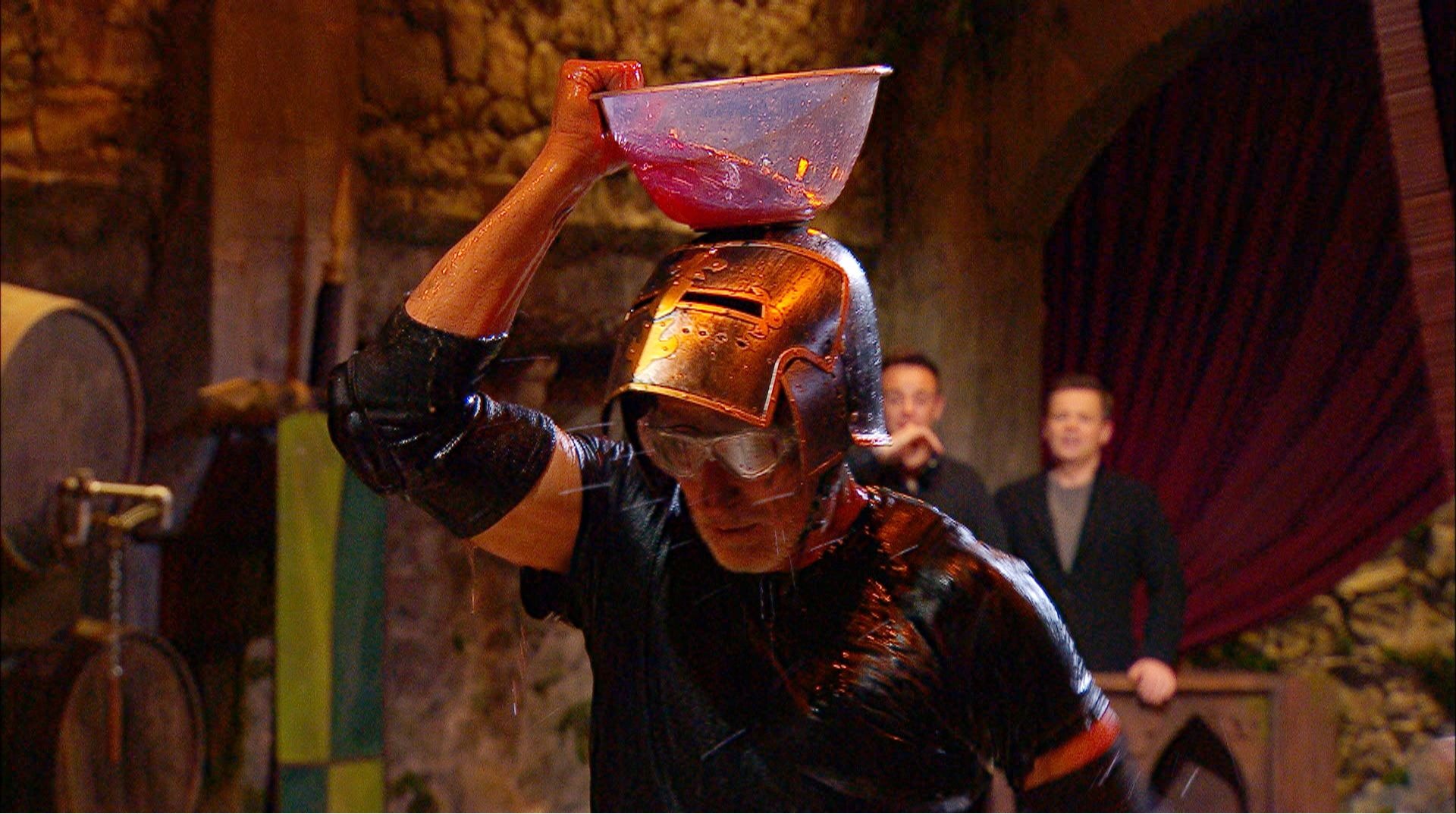 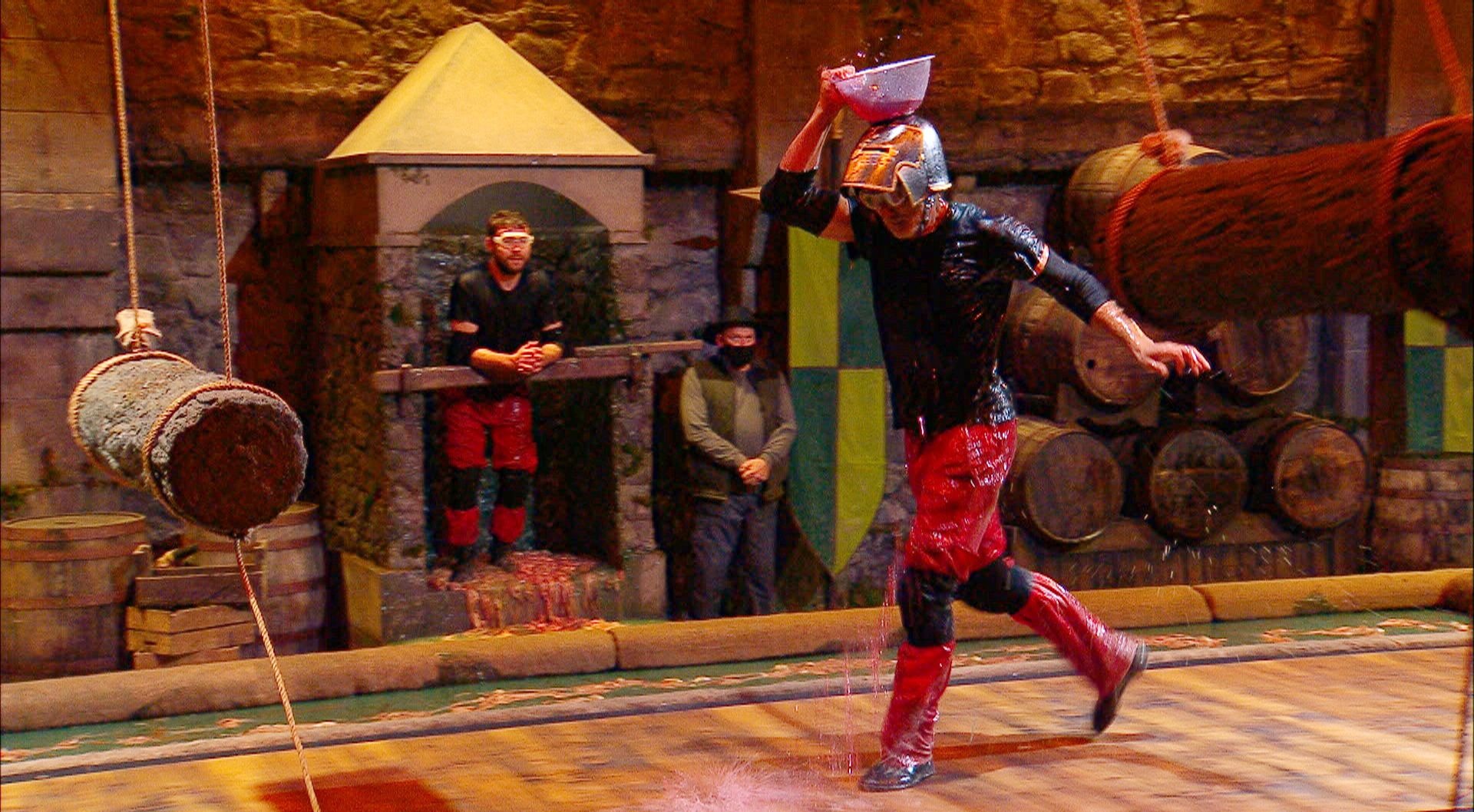 David, 54, is forced to balance a bowl of liquid on his hand as his runs across a moving platform – and attempts to avoid logs of wood swinging towards him.

The rock-hard task is called Drawbridge Over Troubled Water and will air in tonight's return to the Welsh castle.

Shouting out words of encouragement, Ant and Dec referenced the midfielder's time at Newcastle football club.

Ant cheered: "Skipping down the wing, like at St James' Park!" 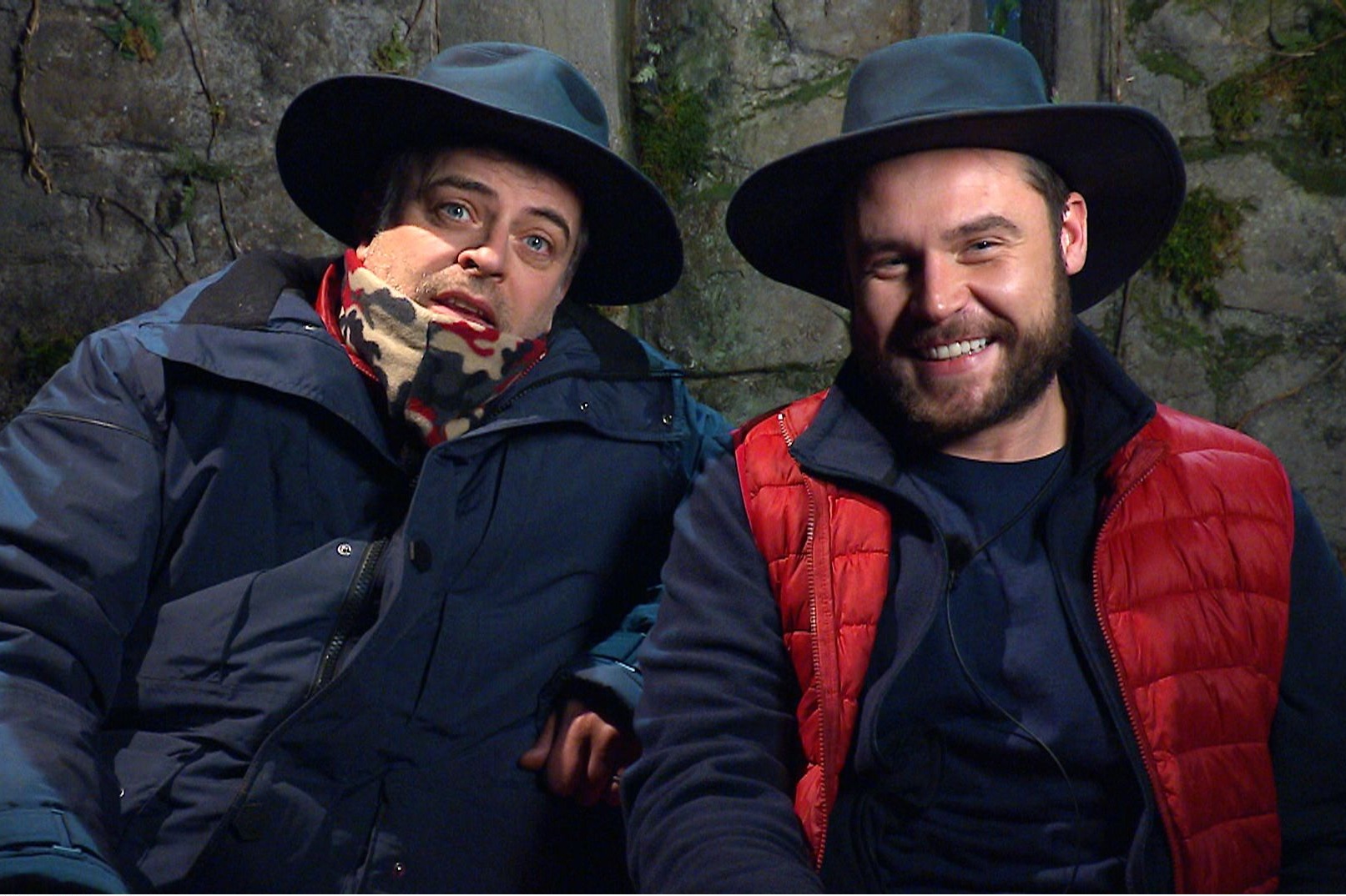 David and soap star Danny, 30 have formed a closed bond during their time on the reality show.

Earlier this week, fans were left in floods of tears as David broke down while reading out Danny's emotional letter from the actor's fiance Steph Jones.

"Dear Daddy, it’s Steph and Albert here," the Newcastle United star read. "He recognises your voice on the telly and looks up at it when he hears you."

"We all love watching your relationship with David blossom. Thank you, David for looking after our boy," David continued as he began to softly cry.

"Finally, remember what I tell you every day – you are strong, you are wise, we feel extra lucky to call you ours. You are our daddy, our only daddy."

Losing total control, David burst into tears as he concluded the note, getting up out of his chair and walking away as he cried.

Danny quickly followed him, offering him a hug before the two both sobbed on each other during an emotional embrace.

I’m A Celebrity…Get Me Out Of Here! airs tonight at 9pm on ITV and the ITV Hub. 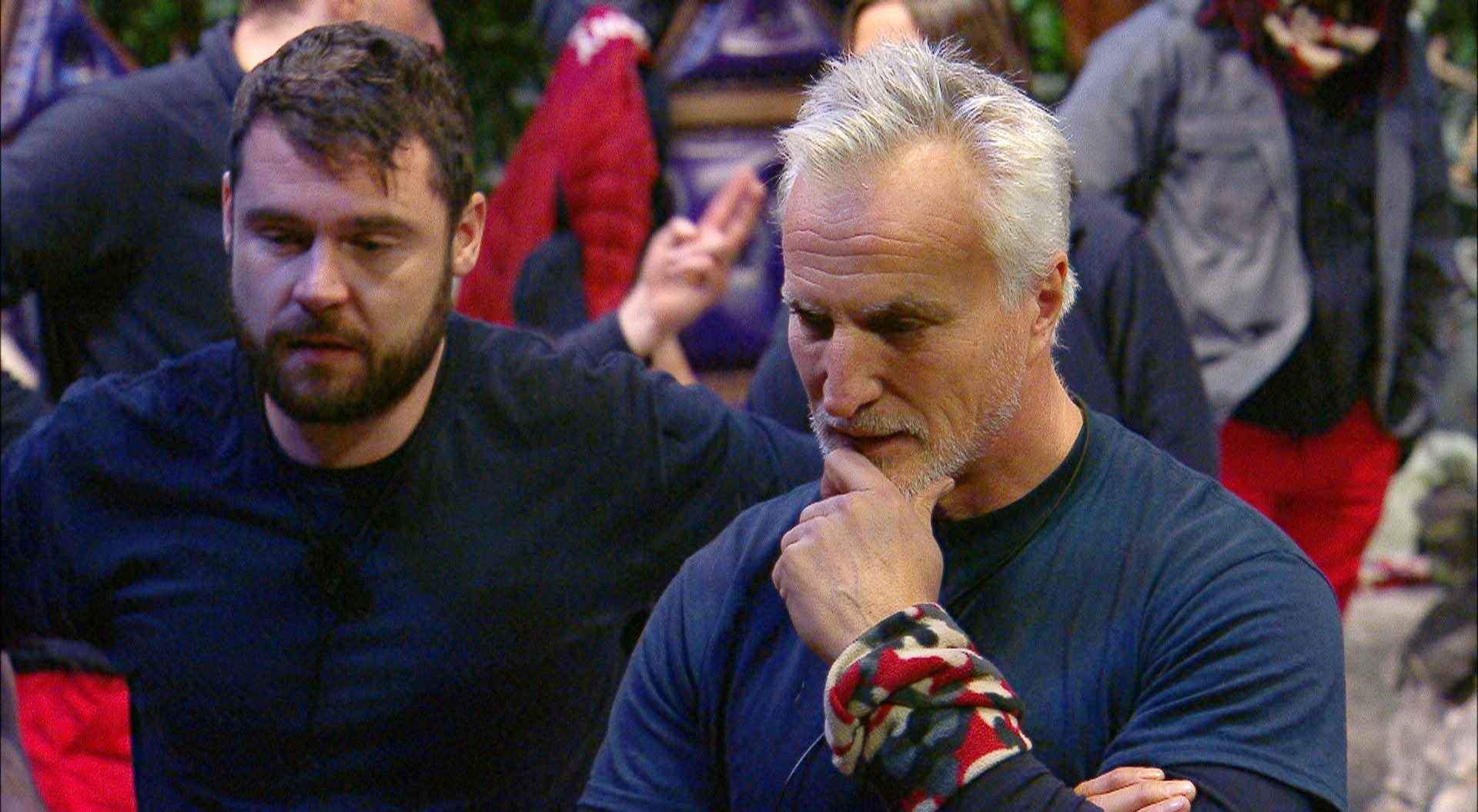