The 58 year old – who has presented the show for almost 10 years – was so invested in an episode of the quiz he punched the panel, which lists the money on offer for the contestant, and accidentally cracked the board. 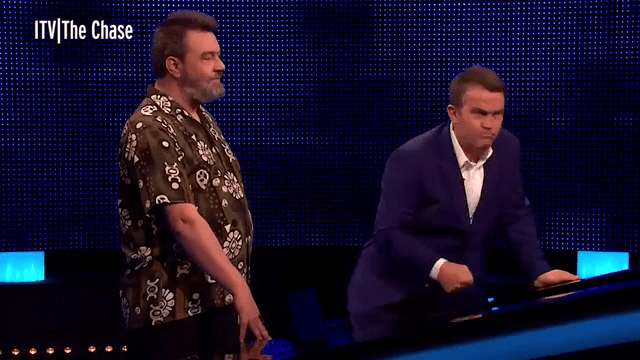 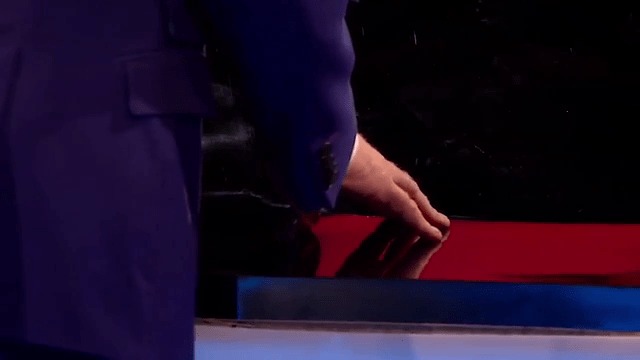 Bradley's mishap is captured in a teaser clip of The Chase: Bloopers, which will air on December 23.

Just before the contestant and chaser Mark Labbett's answers were revealed, he slammed the panel with his fist.

On hearing the crack he poked the dent, before he hilariously sprawled out across the screen to conceal the damage from the audience and bosses.

But the Doctor Who actor couldn't conceal the smashed panel for long as guilt took over. 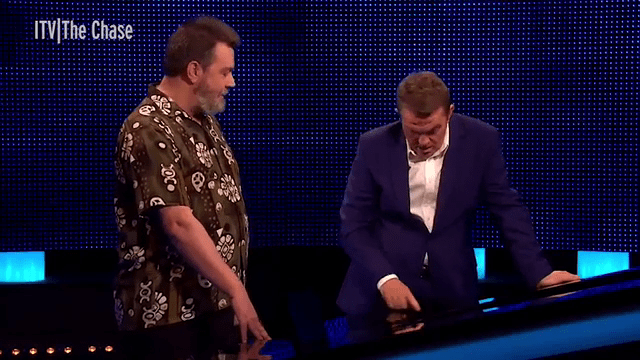 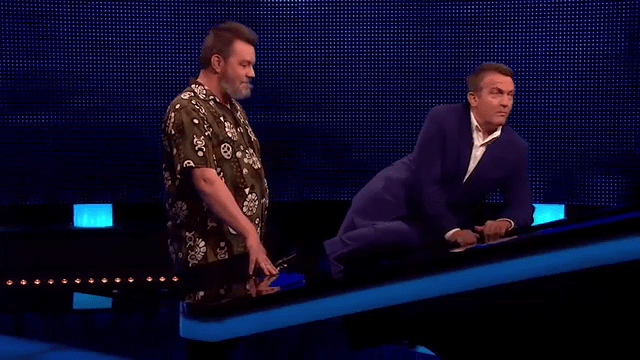 Bradley jokingly asks if the show's team have a "spare" board.

He quipped: "Have we got a spare?" The audience found the moment hilarious, and can be heard chuckling at Bradley's expense.

The contestant, as well as The Chaser, also find the moment highly entertaining.

Bradley jokingly asks the contestant to bail him out and lend him some of his winnings to help fix the prop. 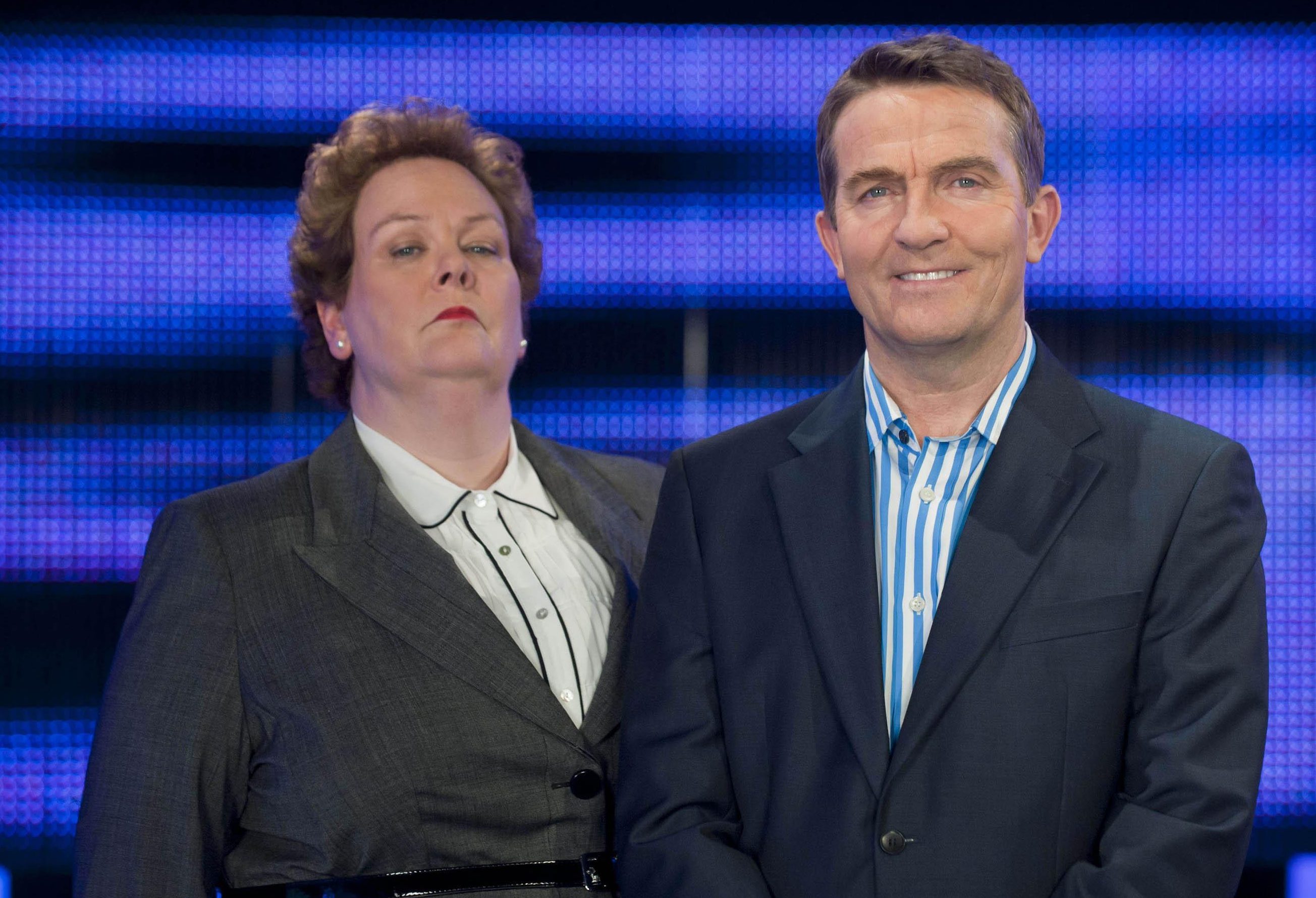 In the upcoming special Anne Hegerty – who took part in this year's I'm A Celebrity… Get Me Out of Here! – provides the comedy factor as she makes a crude joke on the show.

The Chase: Bloopers will air on ITV at 8pm on Sunday.