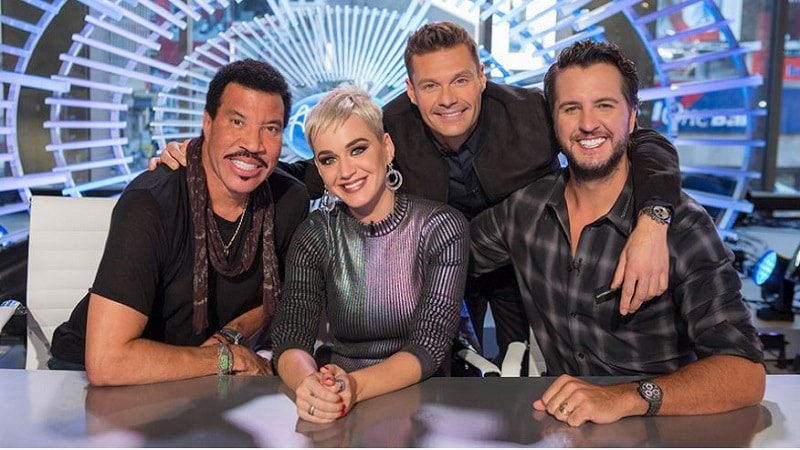 ABC confirmed the return of American Idol for Season 17 (Season 2 on ABC) back in May. The announcement on May 4 came ahead of the  emergence of the final three contestants on the May 13 episode of American Idol Season 16 (Season 1 on ABC), and two weeks ahead of the season’s two-night grand finale on May 20 and May 21.

The return of American Idol for Season 17 follows the reboot of the singing competition series on ABC after running on Fox for 15 seasons (2002-2016). Although the upcoming season will be American Idol’s second season on ABC, it will be the reality show’s Season 17 overall.

During its 15-season run on Fox, American Idol helped to launch the careers of stars, such as Jennifer Hudson, Carrie Underwood, Kelly Clarkson, Jordin Sparks, and Fantasia.

American Idol established itself during the height of its success on Fox as one of the most-loved reality shows in the country. Idol is the inspiration behind several other successful talent shows, including America’s Got Talent, The Voice, and The X Factor.

Some of the American Idol stars, including Kelly Clarkson and Jennifer Hudson, have been coaches on the show’s current top rival, NBC’s The Voice.

While fans eagerly look forward to another season’s opportunity to help host Ryan Seacrest and judges Luke Bryan, Katy Perry and Lionel Richie fulfill American Idol’s mission of bringing new young talents to the limelight, we bring you everything you need to know about American Idol Season 17, including premiere date, judges, and latest auditions news. 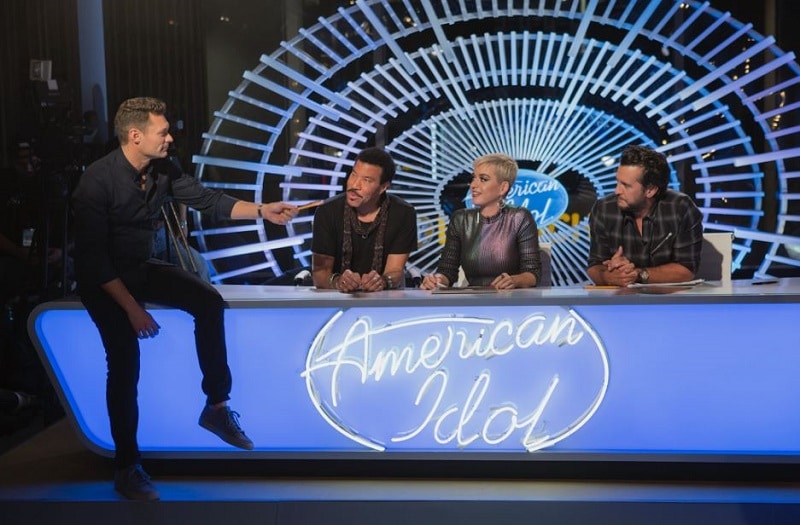 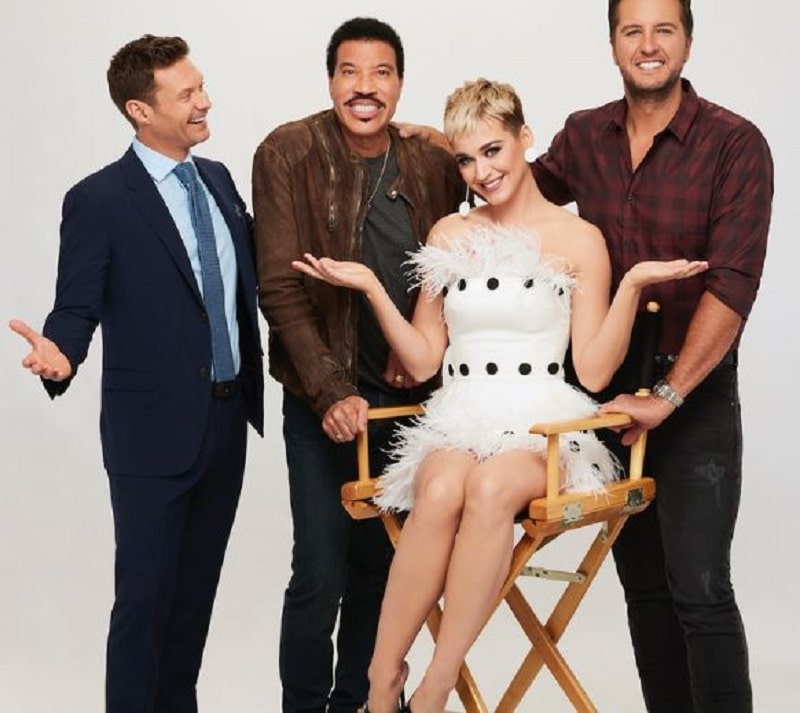 American Idol’s ratings on ABC have so far not matched the long-running show’s ratings performance during the height of its success on Fox when it was the biggest show on American TV.

American Idol premiered on ABC for Season 16 on Sunday, March 11. Although the debut episode of the show on ABC scored an impressive 2.3 rating in the 18-49 demographic, drawing  about 10.5 million viewers, the show began posting a steady ratings decline after the debut episode until the ratings hit an all-time franchise low.

The show was unable to compete in its Monday timeslot with The Voice, which also aired on Monday at 8-10 p.m. The Voice scored an easy win over the newly rebooted American Idol in their first head-to-head primetime clash on Monday, March 12.

American Idol eventually stopped airing on Monday to end its competition for Monday audience with The Voice. And after reaching an all-time low, the show’s numbers eventually rebounded at the start of Sunday’s live shows on April 29.

The live shows, first announced on April 23, meant that viewers on the West Coast did not have to wait hours to see new episodes because the episodes were simulcast live across all mainland U.S. time zones.

The live simulcast also allowed performances and eliminations to happen on the same episode due to a new live voting system which allowed viewers across the country to cast ballots live.

The first Sunday live show on April 29, which scored a 1.9 rating and drew 8.767 million viewers, was the most-viewed episode of the rebooted series after the show debuted on ABC. Idol became Sunday’s top-rated entertainment broadcast show (Live + Same Day) in the key 18-49 demographic and maintained its top spot over at least 8 telecasts during the season.

“We knew that American Idol on ABC would unleash an opportunity for singers from all walks of life to realize their dreams and that these incredible contestants would have America rooting for their success,” ABC executive Channing Dungey, said. “I am thrilled that Katy, Luke, Lionel and Ryan will be back to once again embark on this Idol journey with us to discover the next crop of inspiring talent.” 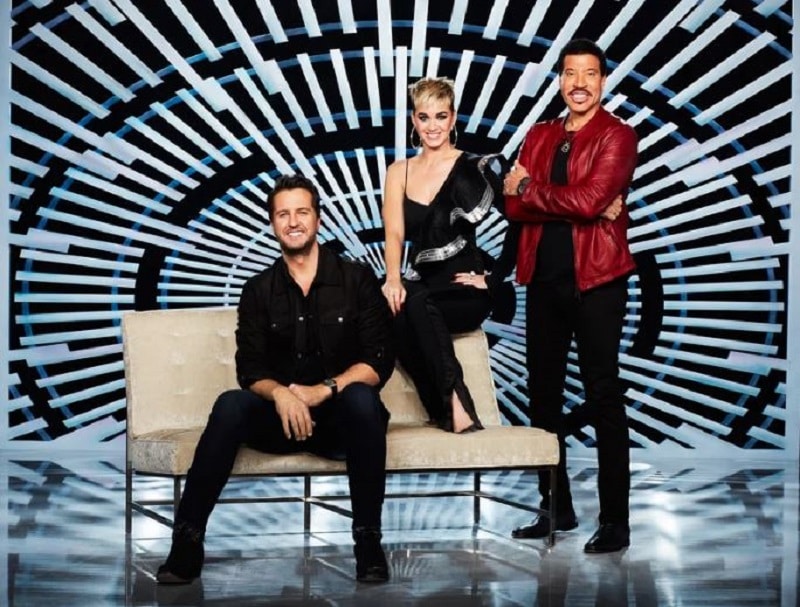 Meanwhile, enjoy some of the most memorable auditions from season 16.

On September 30, Lionel Richie gave fans a first look at himself, Katy Perry and Luke Bryan back as co-judges filming for Season 17 auditions.

Countdown …. – I’m back on the road with the children… @lukebryan @katyperry ? [pray for me … ? ] @americanidol

“Countdown,” he announced. “I’m back on the road with the children.”

Another photo posted to Instagram on October 2 showed Richie with Perry and Bryan, standing inside a hangar, dressed in pilots’ gear.

Reporting back ?? …. ?Moose, ?KatWoman and the Rebel ? ….. – @ryanseacrest bring your onesie…. #thenextidol #americanidol

A video Richie posted to his Instagram on October 5 is a behind-the-scenes teaser, showing him Perry and Bryan walking into a hangar dressed again in pilot gear.

Earlier on October 3, People magazine had featured a teaser video showing the three inside the same hangar, with Kerry strutting past the two men with her hands on her hips.

“Ready boys?” she said with a laugh.

“We just got upstaged,” Bryan joked.

It appears that part of the auditions were filmed inside a hangar in Denver, Colorado, early in October. 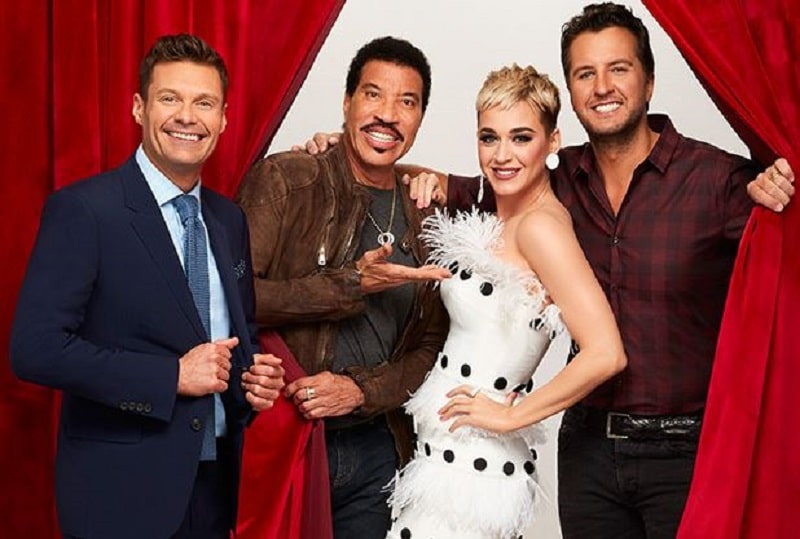 ABC’s pickup of American Idol, created by Simon Fuller, was the culmination of an intensive search for a new home for the singing competition TV series after Fox dropped it on the completion of Season 15 on April 7, 2016.

Multiple networks considered bringing the reality franchise back on TV before ABC closed a deal with FremantleMedia North America and CORE Media Group’s 19 Entertainment to revive the show on the network.

ABC officially announced the revival of American Idol in May 2017. The show was off the air for two years before the rebooted series premiered on ABC on March 11, 2018.

“Our new judges Katy Perry, Luke Bryan and Lionel Richie have brought huge credibility, energy and fun to the show this year, and we are so excited to continue the journey with Ryan Seacrest at the helm in the search for the next superstar.”

The revival of American Idol on ABC came after the reality show aired on Fox for 15 seasons. During its 15-season run on Fox, American Idol became the highest-rated show on TV.

The singing competition TV series is organized nationwide and requires contestants to first make it through a national audition process. The resulting pool of talents is then taken through a series of elimination rounds to narrow the selection.

During the semi-finals, the audience and fans are allowed to vote for their favorite contestants through phone calls, text messages, and online voting. Live shows have allowed the introduction of a new voting system where viewers cast their ballots live from across the country.

During the two-night grand finale for American Idol Season 16, voting began during the Sunday, May 20 episode and ended early on Monday, May 21. Fans were able to cast their votes for their favorite contestants by app in iOS and Android devices, via text or on the American Idol website.

At stake for the contestants was a shot at stardom through a recording contract. 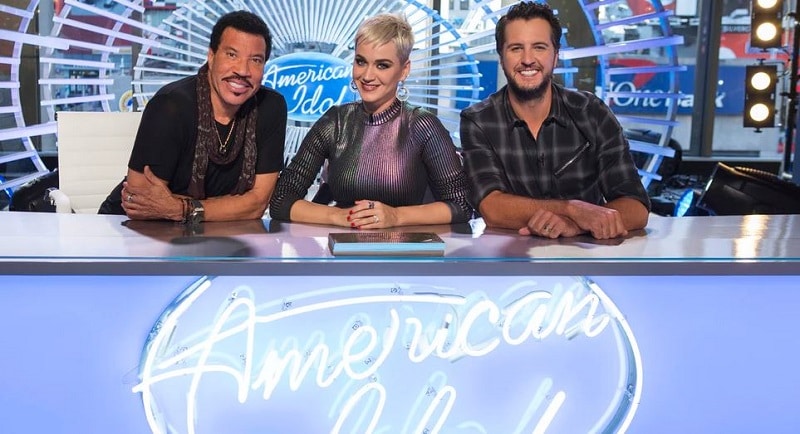 With the American Idol Season 17 renewal announcement also came the confirmation through a press release that the Emmy-winning host Ryan Seacrest will be back to helm the show, alongside the all-star panel of judges that includes Luke Bryan, Katy Perry and Lionel Richie.

The trio of Bryan, Perry and Richie are set once again after Season 16 for another round of search for the country’s next music superstars.

Katy Perry added some exciting controversy to American Idol Season 16 when she kissed an auditioning singer and dissed Taylor Swift.

Bobby Bones has also confirmed that he will return to American Idol Season 17 as a mentor.

The country music singer, who hosts a nationally syndicated radio show, confirmed he is returning for American Idol Season 17 as an “official full-time mentor” earlier in November.

The contestants for American Idol Season 17 have not been revealed. The American Idol bus tour auditions kicked off on August 25 in San Diego, CA, and ended in Charleston, WV, on September 15. Online auditions, which began on May 5, have also ended.

A key requirement was that contestants must be between 15 and 28 years old at the time of auditions.

Ryan Seacrest has been the show’s host ever since it first aired on Fox. Longtime viewers of American Idol will recall that the initial judges were Randy Jackson, Paula Abdul, and Simon Cowell.

However, the new judges Perry, Bryan, and Richie, have gained enough experience after the first season of the reality competition on ABC. Bringing back Seacrest, with Perry, Bryan and Richie as judges, for the show’s second season run on ABC will help to create continuity and consistency for American Idol.

American Idol’s return to ABC was marred by sexual harassment allegations against host Seacrest that resurfaced as the show’s debut on ABC approached. ABC, however, stood by Seacrest.