AMANDA Holden showcased her chic summer style as she arrived for work in London today.

The 49-year-old strolled the streets to the Capital Radio studios in a stylish lace pencil dress which nipped in at the waist and featured ruching detail across the stomach. 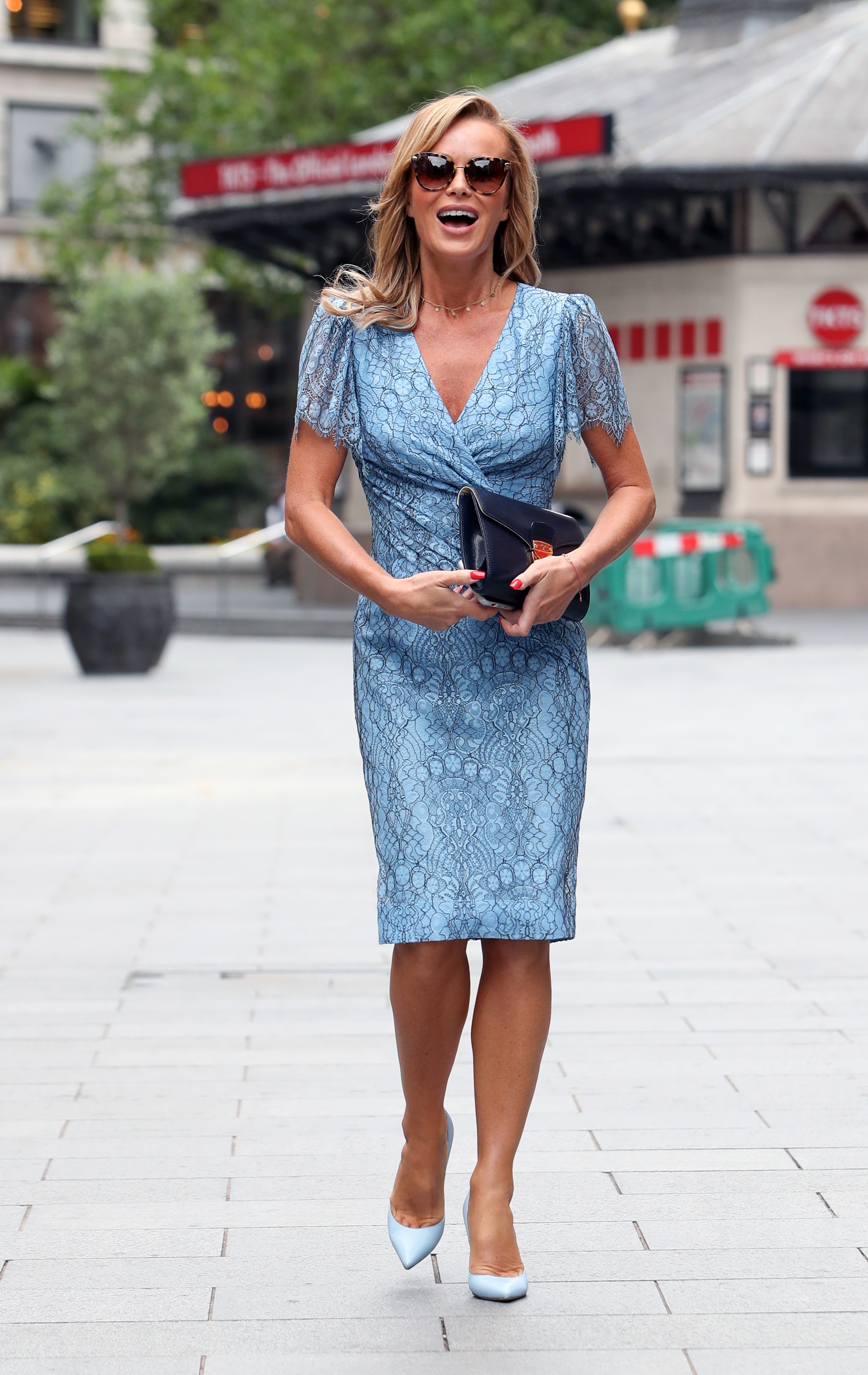 The garment, from her collection with Fenn Wright Manson, was a gorgeous sky blue colour that accentuated her golden glow.

The mum-of-two complemented the glamorous number with a pair of matching blue pumps, tortoise shell shades and a black leather oversized clutch.

Amanda, who presents the Heart Breakfast Show alongside Jamie Theakston, rounded off her sophisticated appearance by working her blonde hair into a soft curl. 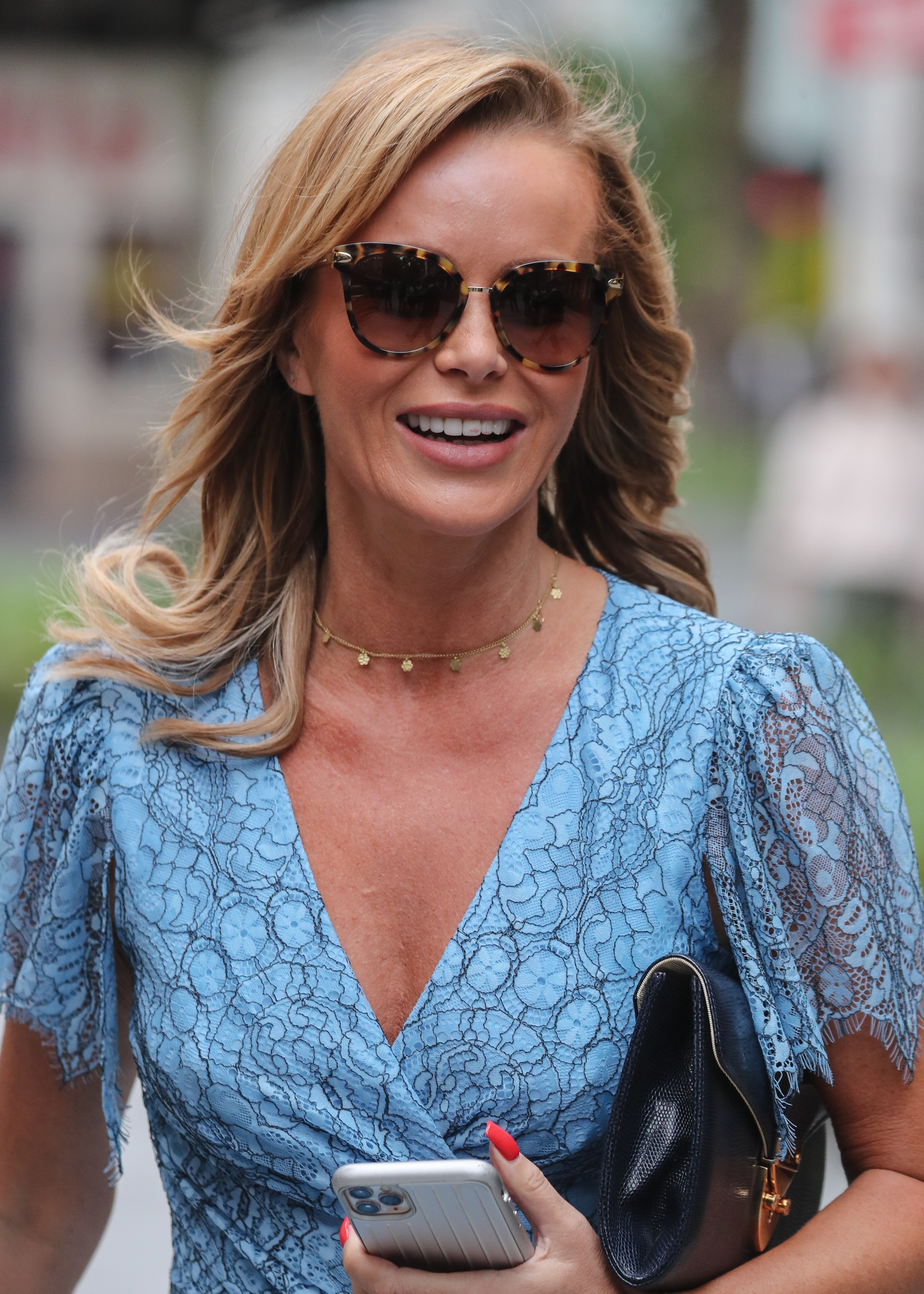 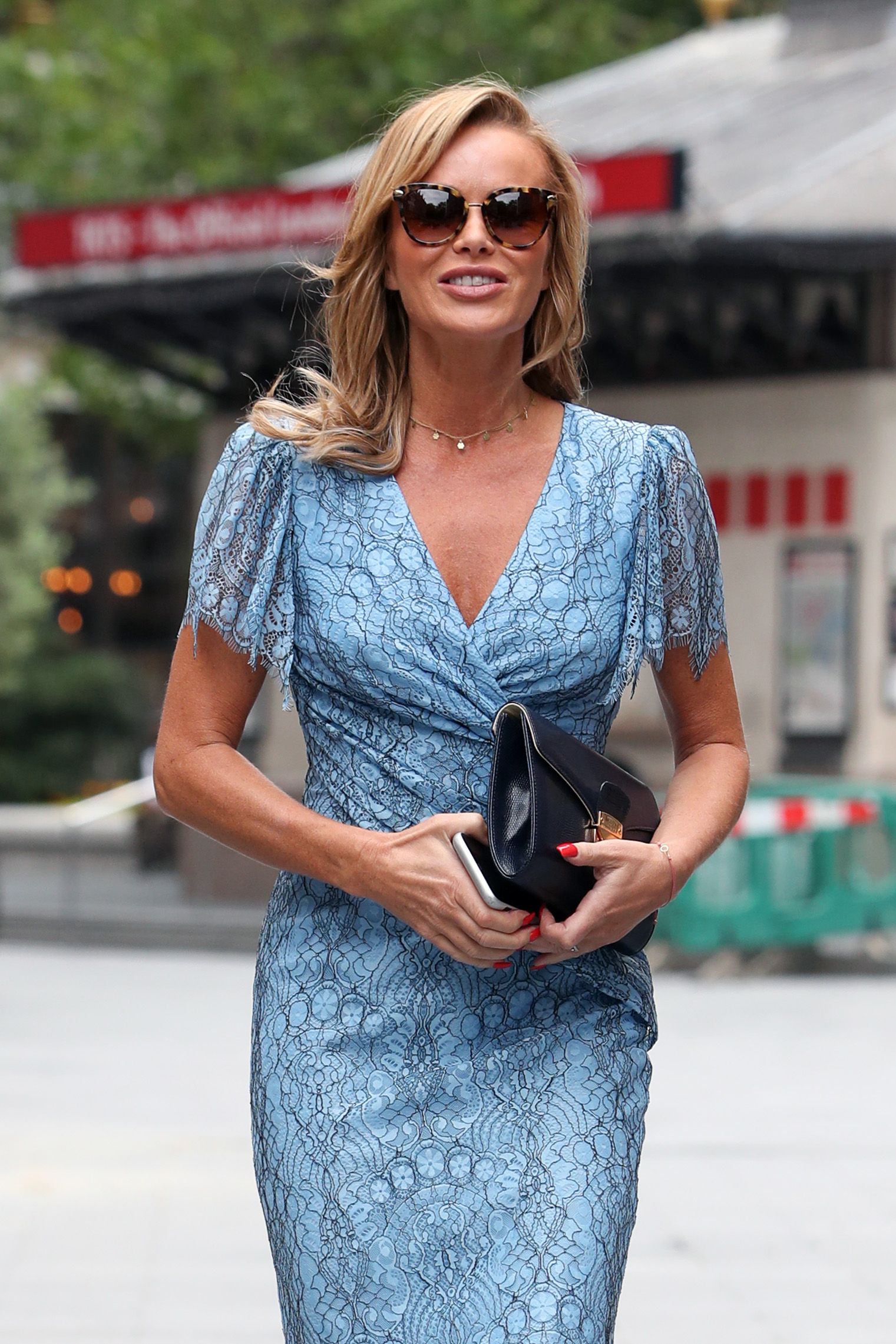 Despite her stylish fashion choices, the BGT judge has previously confessed some of her more daring outfit choices do not go down well with her youngest daughter.

Speaking on Heart she admitted Hollie, eight, gets "embarrassed" by her boob-flashing looks.

She told Jamie Theakston: "You know my daughter Hollie is embarrassed I don't really wear anything."

Amanda didn't reveal how her eldest daughter Lexi, 13, or her husband Chris feel about her skimpy wardrobe. 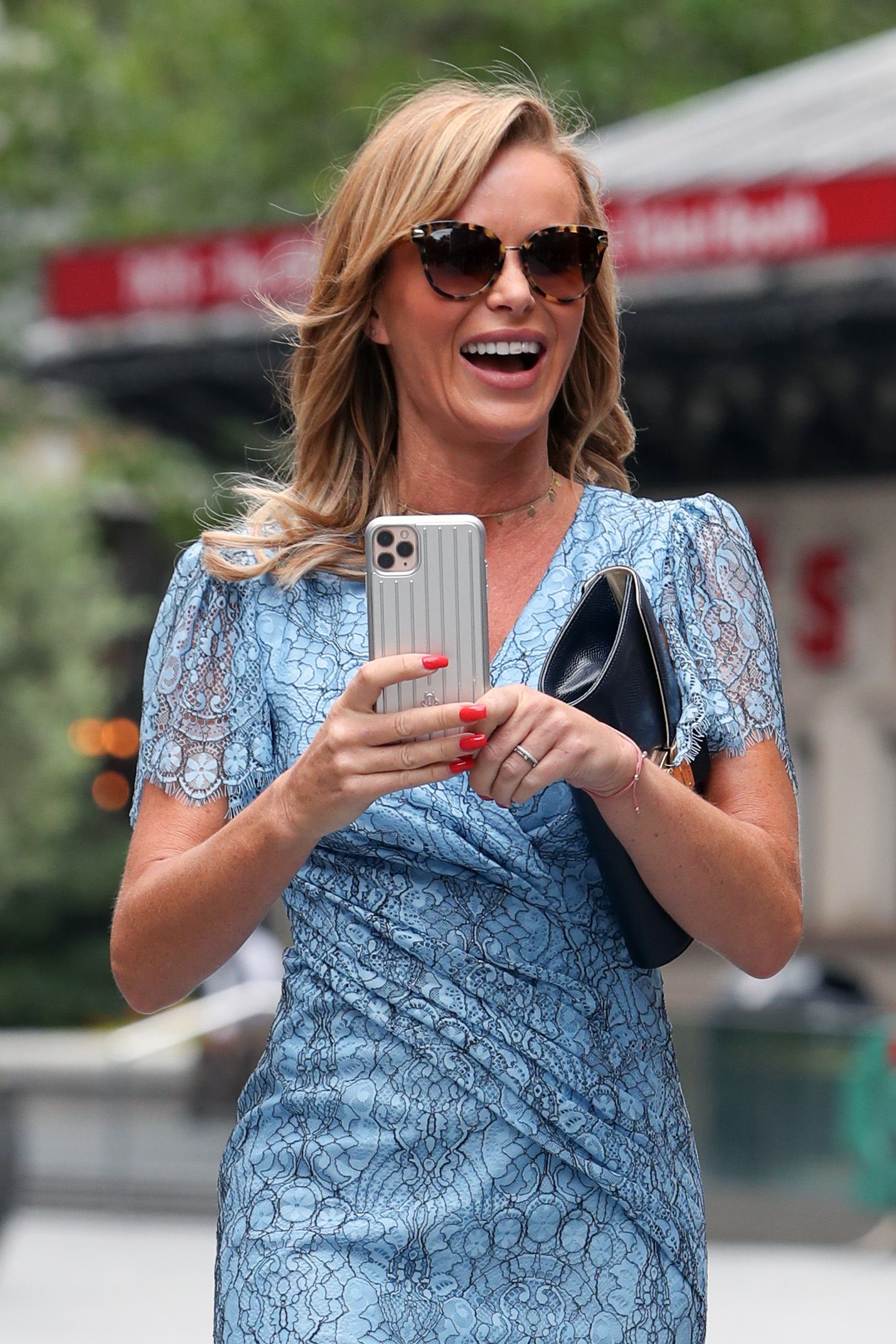 In the same conversation, she also teased that fans will be able to watch the live semi-final and final action from inside the studio.

Amanda dished on her Heart Breakfast radio show last week: "I spoke to the producers yesterday and we remain hopeful that there’ll be a big family audience for BGT.

"I’m just going to say, we will be leading the way for the future in TV in how people will watch our show live." 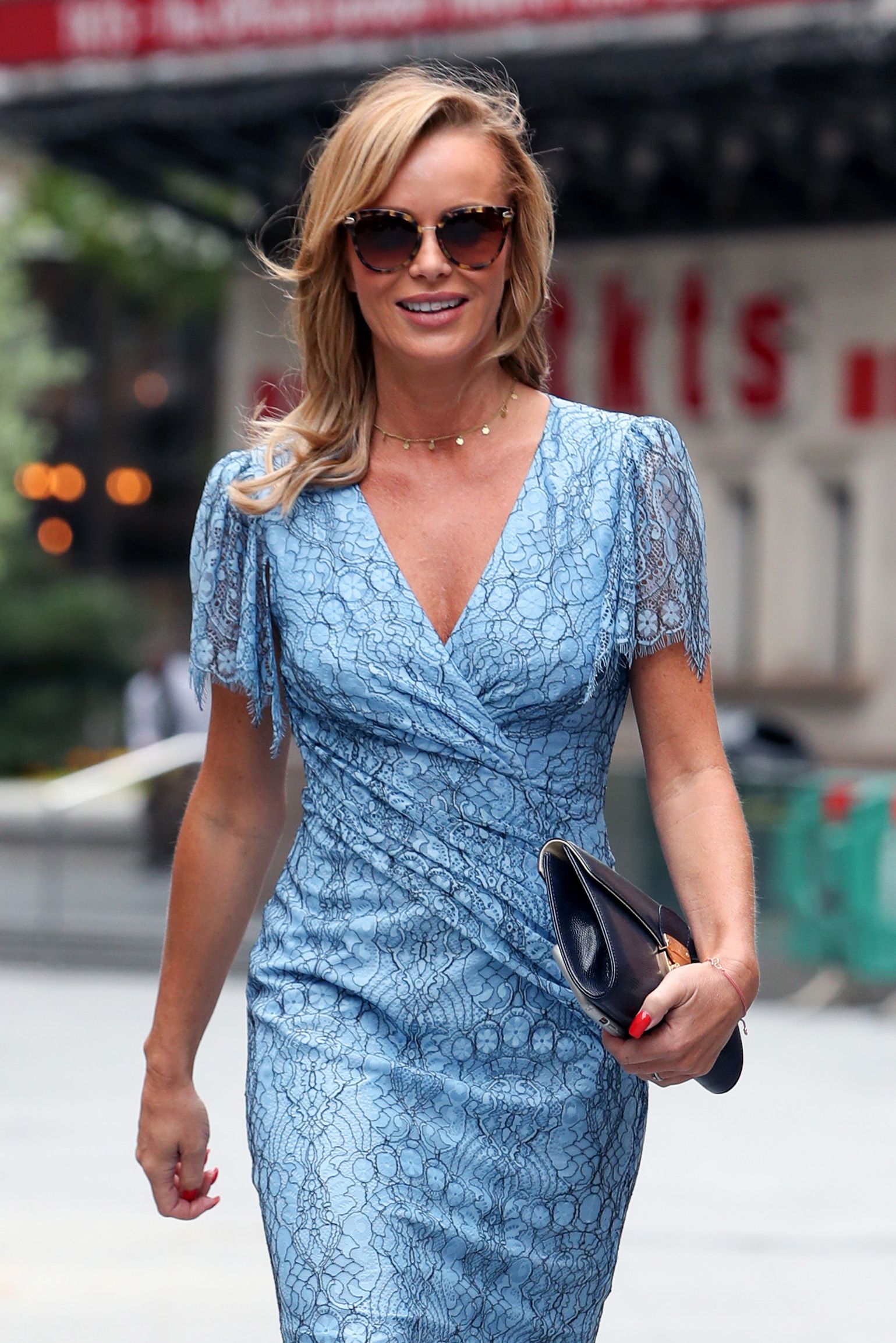 Her co-host Jamie Theakston probed further, asking if she was talking about a live studio audience.

Amanda replied: "Yes, we’re going to be leading the way on how our audience sees Britain’s Got Talent this year."

She added: "Watch and learn people. I’m not giving it away because I don’t want all the other shows to nick the idea!"

Jamie then asked, "Do you really understand it yourself?" to which Amanda quipped, laughing: "No!"

The BGT auditions were filmed across the country in January and February and are being aired on television now.