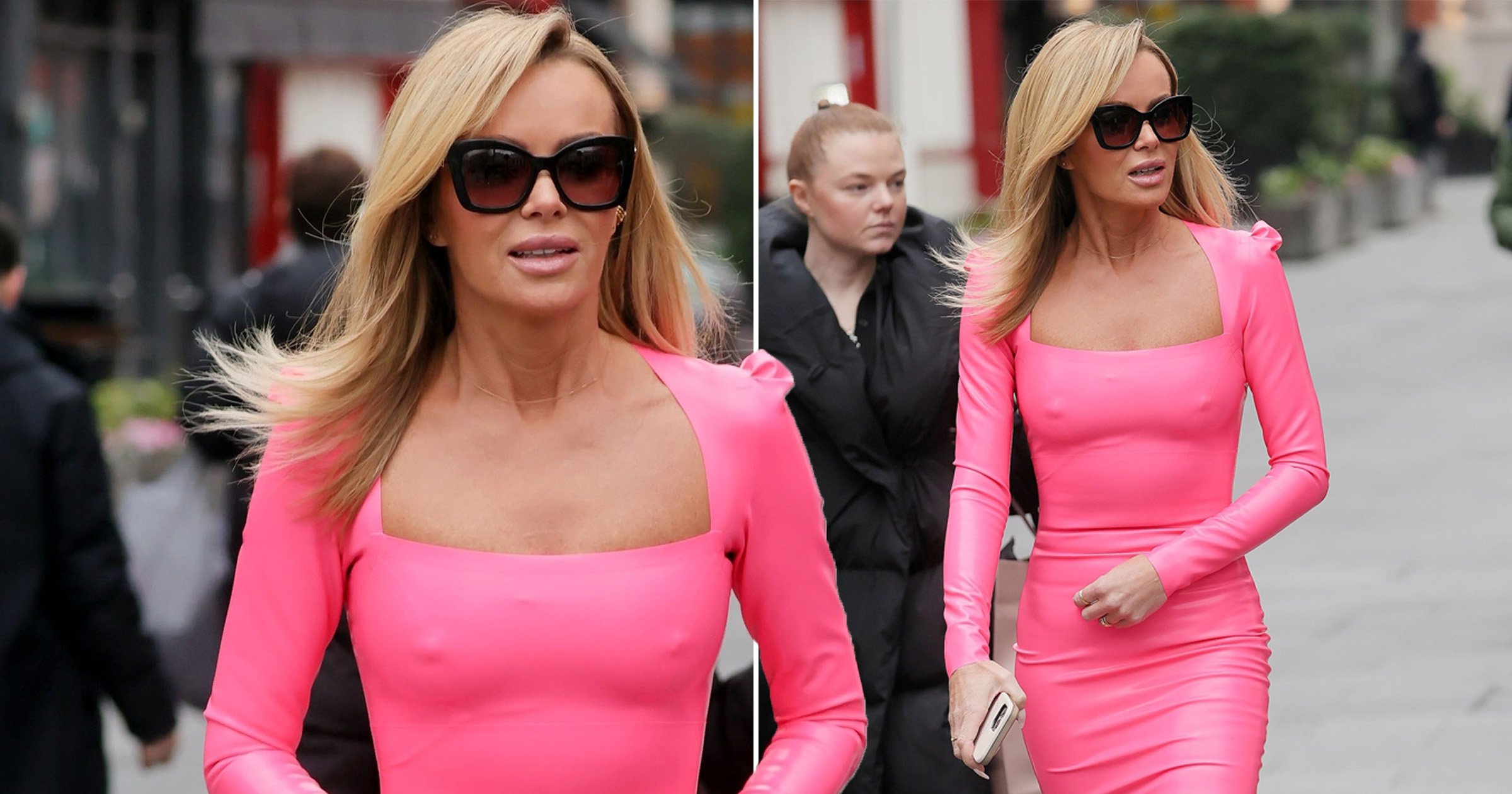 Amanda Holden looked every inch the catwalk model as she channelled her inner Barbie on the way to Britain’s Got Talent auditions.

The TV judge, 50, turned heads in a striking pink latex dress that she teamed with vibrant pink and orange heels.

The dress had a long sleeves and a square neckline, never being one to shy away from bright colours or unique styles.

Amanda kept accessories for her bold look to a minimum, just adding a pair of oversized shades for that extra touch of glamour.

The actress smiled as she exited her London hotel to head to BGT filming for the day, as auditions for the next series are well underway.

The singer rejoins Simon Cowell, Alesha Dixon and David Walliams on the panel as they search for the next Royal Variety performer.

Lovable duo Ant and Dec also return to host the talent competition after BGT took a break last year due to the pandemic.

In 2020, hopefuls were able to perform for the judges as normal, but the shows were replaced with pre-recorded ones in September and October as the pandemic made it impossible to film.

But now the ITV show promises to be bigger, better and crazier than ever, as auditionees dream of the judges hitting the coveted golden buzzer, rather than the dreaded red button.

The audition process kicked off last week in the Palladium after it was recently reported that Simon, 62, will remain a judge on the popular programme until 2025.

Comedian and musician Jon Courtenay was crowned the winner of the most recent series.

Elsewhere, in Amanda’s personal life, she celebrated a milestone birthday for her daughter Lexi with a sweet tribute.

Amanda shared a beautiful photo of her mini-me, writing: ‘Happy sweet 16 to our beautiful Lexi from Mama and Dada who love you so much!’

Amanda also took to her story to share an adorable snap of Lexi when she was a toddler, adding: ‘Our baby Lexi turns 16 today. Just can’t believe it. Love you sooo much.’

It was recently revealed that Lexi has reportedly caught the eye of model scouts who are looking to sign her up to a top agency.