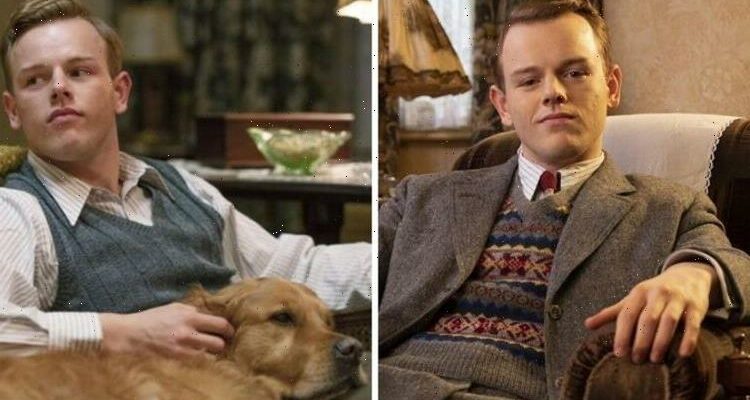 All Creatures Great and Small fans are eagerly awaiting the latest series of the Channel 5 show, which is set to air the wedding of James Herriot (played by Nicholas Ralph) and Helen Alderson (Rachel Shenton). However, over the years, there have been some surprising and comical mishaps happening throughout the seasons, which head writer Ben Vanstone was proud to share.

The popular drama follows the adventures of James Herriot being trained as a veterinarian by Siegfried Farnon (Samuel West).

It is set in the 1930s to 1940s in Yorkshire and sees an array of animals feature in the episodes often.

However, according to Ben, it isn’t always plain sailing when it comes to filming with animals and detailed his most comedic moment yet.

When asked which animal stories were his favourites, he mentioned an episode where Tristan Farnon (Callum Woodhouse) had to deliver a calf.

“Tristan delivering the calf, just because of what happened when filming – it was the one time that Callum did some filming with a big animal.

“And it just peed and pooped all over him! He just got covered with it, so that was funny, and I like the lamb birth stories, I thought they were so cute,” he revealed to MasterPiece.

Ben also spoke about the challenges the team faced when trying to shoot the cows giving birth to their calves so they could use the footage in the episodes.

He explained: “The practicalities of how we film these things is mind-blowing, to do the calf birth in season one, episode one, we needed to have three cows that were pregnant.

“We then had to have a cow that wasn’t pregnant, that we trained to stay laying down, then we had a prosthetic cow as well, to do the actual bits where James is going in to pull it out.

“So we had these three pregnant cows that we set up a studio with, so when they gave birth, we would be there to capture the actual live calf coming out and being born.”

The team also had a flock of sheep that they bought and never realised the difficulties it would bring to the production team.

Meanwhile, in season three, James and Helen became engaged, and their marriage is on the horizon in the upcoming season.

Fans were overjoyed when they got engaged after their relationship suffered some setbacks and difficulties in the past.

Speaking to the Mirror about their relationship and upcoming nuptials, Rachel said: “Ultimately, as individuals, they are very caring, compassionate people.

“[They] care about each other, and the wellbeing of each other is at the forefront of everything they do.

“It’s a step tenderly towards the direction of where we all know it’s going, but it isn’t straightforward, but it will be nice to watch.”

Ben also teased at what was to come in the new season and said: “In season three, Helen and James have become engaged, so I think it’s fair to say there may be a marriage on the horizon.

“Ultimately, our show is about Darrowby and the world of the Yorkshire Dales and the farmers within it,” he told the publication.

Channel 5 have renewed the show for a third and fourth series, with six episodes on offer for each season.

There will also be two special festive episodes in the coming years which will keep audiences ticking over during the breaks in between series.

All Creatures Great and Small is available to watch on My5.